In addition, the American company is considering options for locating production facilities for assembling cars in the Russian Federation. 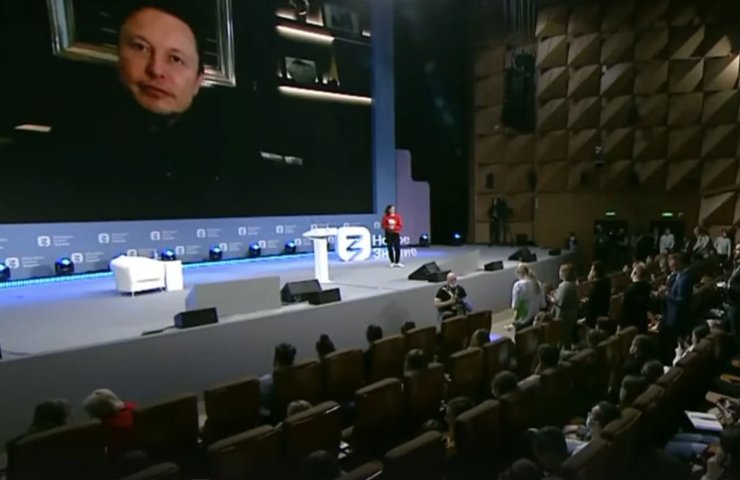 Tesla may soon open representative offices in Russia, said the CEO of the automotive company Elon Musk during a large three-day educational marathon Novoye Znanie. The company's offices may also appear in Kazakhstan and other CIS countries, the businessman added.

The company is also considering the possibility of locating production facilities in the Russian Federation, Musk said.

“We have a factory in Shanghai, we are also building in Berlin, Texas, California, and we want to have factories in other parts of the world. We are potentially considering Russia, ”Musk said.

In early April, Tesla reported record deliveries in the first quarter of 2021. The company delivered 184,800 vehicles to customers worldwide, up from 88,400 vehicles in the same period a year earlier. Most of the deliveries fell on Model 3 and Model Y.

Финансовая аналитика, прогнозы цен на сталь, железную руду, уголь и другие сырьевые товары. More news and analytics on Metallurgprom telegram channel - subscribe to get up-to-date market information and price forecasts faster than others.
Сomments
Add a comment
Сomments (0)
On this topic
ALROSA's IR program is recognized as one of the best in the mining sector by Institutional Investor
The United States launched an investigation into the compliance of the Russian economy with market
Gazprom is seeking exclusion of Nord Stream 2 from EU directives in the Federal Supreme Court of
Russian military exports not affected by the sanctions - Rostec CEO
"Mechel" refused to share in the Elga coal Deposit
Germany invests € 2 billion in the international hydrogen fuel market
Recommended:
The owner of the Dnipro iron and steel works commented on reports of absentee arrest in the Russian Federation
India plans measures to stimulate domestic steel exports
The European Union has sharply increased purchases of Russian titanium
News Analytics
China's iron ore output to rise in 2023 as new projects are launched30-11-2022, 18:10
"Centravis" agreed to supply a new batch of seamless pipes to a30-11-2022, 16:51
Metinvest enterprises in Ukraine resumed work after massive shelling of29-11-2022, 11:59
The European Council added the violation of restrictive measures (sanctions) to28-11-2022, 14:22
The abolition of export duty in India may reduce the price of Turkish steel28-11-2022, 14:07
Commodity prices will fall, metals quotes will rise slightly - Focus Economics28-11-2022, 13:28
Platinum market to face shortage next year - WPIC22-11-2022, 18:25
Global steel demand falls and will fall by 2.3% in 2022: WorldSteel19-10-2022, 23:12
Iron ore prices fall to 11-month low15-10-2022, 10:36
China production cuts in winter will give limited boost to steel markets -15-09-2022, 10:09
Sign in with: