The supply of Russian coal to Ukraine, which last year suffered from restrictive measures on both sides, increased with the onset of the pandemic. 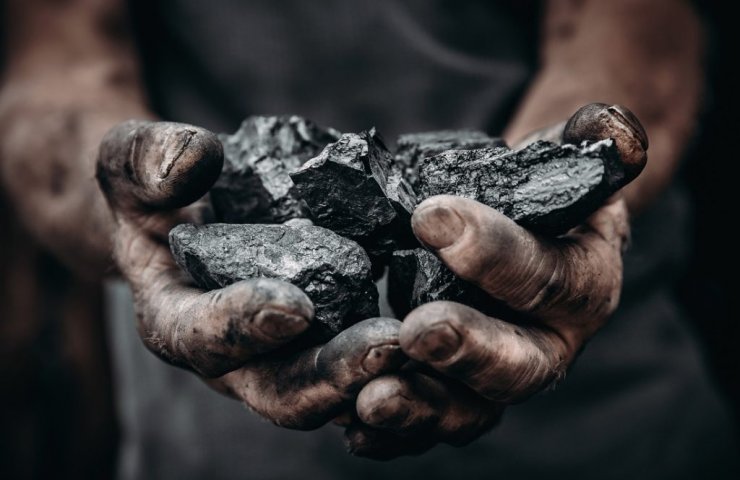 The largest Ukrainian metallurgical holding Metinvest of Rinat Akhmetov, which in the second half of 2019 was able to receive only insignificant volumes directly from Russia, said that since March 2020, supplies have improved. Official statistics also show an increase in coal supplies from Russia, as well as a decrease in Belarusian re-exports. If in 2019 Belarus, which does not produce coal at all, supplied Ukraine with more than 2 million tons of fossil fuel, then in 2020 its re-export decreased to 361 thousand tons.

Trade between Russia and Ukraine is complicated by mutual sanctions. Coal imports from Russia to Ukraine are carried out according to quotas and permits issued by the Ministry of Economy of the Russian Federation. From June 1, 2019, Russian companies are required to obtain monthly permits from the government of the Russian Federation for the export of coal. The measures were a response to Kiev's restrictions on the import of Russian goods, introduced in April last year. The Ministry of Economy, which is responsible for issuing permits, said that the list of companies and volumes of supplies are reviewed monthly. Ukraine has introduced a new 65% duty on the supply of electricity and some types of thermal coal from the Russian Federation since April 1, 2020, but it does not include anthracite and coking coal.

Permits from the Ministry of Economy of the Russian Federation to import coal were difficult to obtain, Metinvest reports, from June 2019 to February 2020. During this period, the company purchased small volumes of Russian coal directly from suppliers. The prospectus dated October 2019 stated that neither Russian suppliers nor Metinvest itself could obtain permits.

Due to restrictions, Metinvest increased coal imports through other channels, including through the Black Sea ports, but their infrastructure was not ready for a significant increase in supply volumes.

In addition, the seasonal increase in grain shipments negatively affects throughput. To minimize risks, Metinvest unloaded coal from large vessels to smaller ones in neutral waters outside ports and sent them to Berdyansk and Mariupol, which cannot accept large bulk carriers.

However, since March 2020, coal supplies directly from Russia to Ukraine have resumed. This led to the fact that the volume of coal purchases by Metinvest through the Black Sea ports has decreased, although their capacity is now sufficient to ensure coal shipments. The prospectus emphasizes that, despite the resumption of supplies, Metinvest is not confident that it will be able to obtain sufficient volumes of coal from Russia, and the Ukrainian authorities will not impose further restrictions on its export.

Recommended:
The Nadezhda mine, which they want to make a museum, will again produce coal
JP Morgan Analysts Announce New Super Growth Cycle in Commodities
Energy holding of Rinat Akhmetov wants to become a leader in the production of "green" hydrogen in Ukraine
On this topic
Steel production in September 2020
Global steel production in June 2020 decreased by 7%
Ukraine has lost a third of steel production and fell to 15th place in the ranking of Worldsteel
Metinvest, together with the Rinat Akhmetov and Vadim Novinskoy Foundations, donated 3,200 COVID-19
Ukraine increased its imports of Nickel ores and concentrate of 69.5%
Ukraine is interested in import of electricity from Belarus Alexey Orzhel
Add a comment
Сomments (0)
News Analytics
Where and how much gold is there in Ukraine?25-02-2021, 21:28
A plot with copper deposits in the Volyn region of Ukraine has risen in price25-02-2021, 18:26
ArcelorMittal is preparing to announce another price increase in the next few25-02-2021, 18:43
Indonesian gold mine collapse kills 3 people, 5 missing25-02-2021, 18:41
MMK them. Ilyich purchased electricity from Energoatom for 26 million hryvnia25-02-2021, 13:12
Troy ounce of gold will drop $ 500 in two years - Fitch25-02-2021, 18:29
Global iron ore production growth to outstrip cumulative production in India23-02-2021, 10:22
Fitch Ratings Warns of “Shocking Impact” on Fossil Fuel Exporters18-02-2021, 14:44
Raw material prices rise by about 10.5% in January 2021 - Deutsche Industriebank12-02-2021, 10:48
JP Morgan Analysts Announce New Super Growth Cycle in Commodities11-02-2021, 17:56
Sign in with: