The state corporation wants to launch a line of small nuclear power plants (up to 55 MW), hoping to end up with 20% of such projects worldwide. 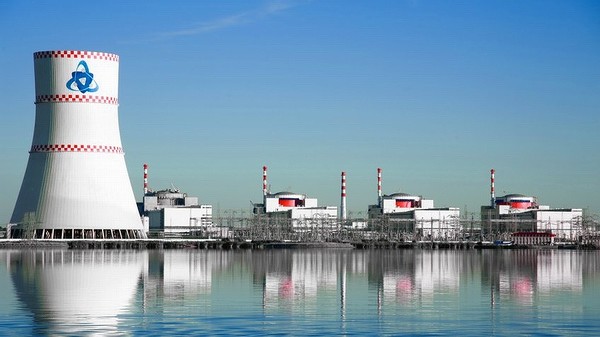 The State Corporation "Rosatom" has prepared a plan for the development of nuclear technologies, which should be included in the new strategy of socio-economic development of the Russian Federation until 2030. Its cost is estimated at 506.34 billion rubles for 2021-2030.

The most expensive area of ​​the project - "Small Atom" - involves the development and construction of a line of low-power NPPs. Its cost is estimated at 260 billion rubles, of which 39.15 billion rubles - from the budget.

Now in the world there are about 70 projects of small modular nuclear power plants (up to 300 MW) in varying degrees of readiness, 17 of them are Russian. So far, only one small nuclear power plant has been commissioned in the world - the domestic floating station "Akademik Lomonosov" (70 MW). Three more facilities are under construction in the world - one station in Argentina (CAREME for 30 MW) and two in China (HTR-PM for 210 MW and ACP100 for 125 MW).

The second direction of the Rosatom project - "Waste-free Atom" - concerns the development of technologies for a closed nuclear fuel cycle and the construction of fast neutron reactors. BREST-300 with a lead coolant is planned to be launched at the end of December 2027, and at the end of 2030 the design documentation for the BN-1200M with sodium coolant will be ready. The cost of all events is 222.65 billion rubles, of which 121.37 billion rubles are extra-budgetary sources.

The third direction is “Pure atom to the world”. This section talks about the plans of the Russian Federation to supply abroad nuclear fuel for nuclear power plants of foreign design: in 2022, the first contract is planned (one complete overload), and by the end of 2030 - the formation of a portfolio of four contracts and the expansion of the supply base by 18 PWR units (fuel assemblies of square section "TVS-square"). The goal of Rosatom is to occupy 24% of the world market by 2030 (now 17%). Rosatom already has a commercial contract for the supply of TVS-Kvadrat for the Swedish nuclear power plant Ringhals, as well as a contract for the pilot commercial operation of fuel with one of the nuclear power plant operators in the United States.

Another task of Rosatom is to obtain, at the global level, “confirmation of the possibility of recognizing nuclear energy as a tool for combating climate change.”

This is about including nuclear power in taxonomies and other climate policy documents. The total cost of the direction is 23.39 billion rubles, of which about 10 billion rubles are from the state budget of the Russian Federation.

Финансовая аналитика, прогнозы цен на сталь, железную руду, уголь и другие сырьевые товары. More news and analytics on Metallurgprom telegram channel - subscribe to get up-to-date market information and price forecasts faster than others.
Сomments
Add a comment
Сomments (0)
On this topic
EU extends economic sanctions against Russia for six months
European banks have allocated record funding for the construction of the Amur gas processing plant
The United States launched an investigation into the compliance of the Russian economy with market
Three floors at the same time: new South Korean technology for the construction of reinforced
EVRAZ considers potential spin-off of coal business
The Ministry of Economy of Russia proposes to create a "Hydrogen Valley" on Sakhalin
Recommended:
Islamabad receives $1.5 billion investment proposal for PSMC privatization
Ukrainian court invalidated sale of Ferrexpo Plc shares in 2002
UK government to set up Critical Minerals Agency
News Analytics
British Steel owner asks government for financial support05-10-2022, 13:05
The price of gold crossed the mark of 1700 dollars05-10-2022, 13:28
US coal prices top $20004-10-2022, 10:16
Tata Steel merger plan to secure long-term profits03-10-2022, 10:46
US hydrogen prices to drop to zero dollars per kg in 5 to 6 years: Platts02-10-2022, 21:53
China production cuts in winter will give limited boost to steel markets -15-09-2022, 10:09
Steel prices may rise as manufacturers stop production11-09-2022, 14:06
IREPAS: The global long products market is in a "dramatic situation"10-09-2022, 20:49
Steel prices are unlikely to rise significantly in the near future - analysts02-09-2022, 22:58
Steel prices may move up on new data from China31-08-2022, 12:19
Sign in with: