The creators of the car want to bring the share of localization of its production as close as possible to 100%, assuming that fuel cells, a cryogenic tank, electric motors, batteries will be used not only on Aurus, but also on other vehicles. 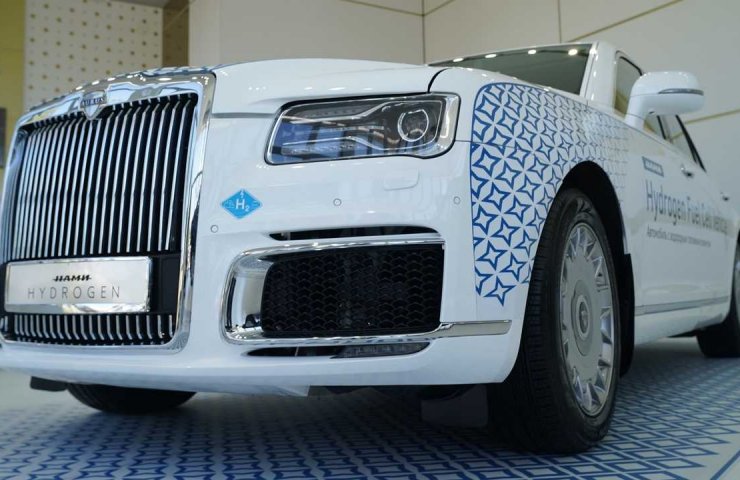 Development of the hydrogen version of the Russian car Aurus should be completed by 2024, said the head of the Ministry of Industry and Trade Denis Manturov in an interview with journalists at the Eastern Economic Forum.

By this time, a vehicle certificate will be received, after which the car will go into production and will be brought to the market, Manturov said. The minister did not name the price of the hydrogen car, saying that now the process of assessing the possible cost of this car is underway, “taking into account that it would be interesting on the commercial market.”

He also said that by 2030, according to the program adopted by the government, more than a thousand hydrogen filling stations should appear in the country.

“This will be a certain motivation for consumers in the presence of infrastructure to purchase equipment on hydrogen. I think that at first we are talking about commercial transport, including for passenger cars. But we must be ready for this, having worked out the technology fully, ”the minister emphasized.

Финансовая аналитика, прогнозы цен на сталь, железную руду, уголь и другие сырьевые товары. More news and analytics on Metallurgprom telegram channel - subscribe to get up-to-date market information and price forecasts faster than others.
Сomments
Add a comment
Сomments (0)
On this topic
European banks have allocated record funding for the construction of the Amur gas processing plant
EU extends economic sanctions against Russia for six months
The United States launched an investigation into the compliance of the Russian economy with market
Rosatom has prepared a plan for the development of new nuclear technologies until 2030 for 500
Biden signs decree imposing sanctions on Russia and its sovereign debt
Russia introduces duties on Ukrainian steel
Recommended:
China's leading industrial profits fall 2.1% in first 8 months
UK unions cancel all planned strikes after Queen's death
Financial giant Goldman Sachs begins massive layoffs
News Analytics
The production of passenger cars in Russia decreased by 2.8 times in eight29-09-2022, 11:19
Donetsk and Torez electrotechnical plants will start producing electrical29-09-2022, 11:37
Ukrainian coking plants reduced gross coke production by 55.2%29-09-2022, 11:28
China ramps up investment in transport to bolster economy29-09-2022, 11:33
The heads of mining companies named the main risks for business29-09-2022, 10:03
China production cuts in winter will give limited boost to steel markets -15-09-2022, 10:09
Steel prices may rise as manufacturers stop production11-09-2022, 14:06
IREPAS: The global long products market is in a "dramatic situation"10-09-2022, 20:49
Steel prices are unlikely to rise significantly in the near future - analysts02-09-2022, 22:58
Steel prices may move up on new data from China31-08-2022, 12:19
Sign in with: