At the same time, it will not work to give up the Russian titanium, said the general director of the state enterprise "Plant 410 Civil Aviation". 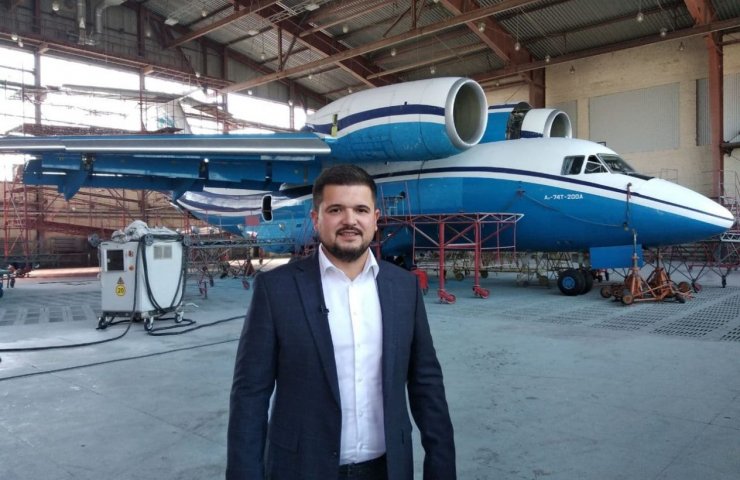 “It's really not clear to me why we haven't abandoned the classic Russian-made D-16 aluminum in all its modifications today. The materials of construction could indeed be replaced. They are available. In addition, we are not critically dependent on the fact that they are produced in the Russian Federation. The situation is incomprehensible. I believe that we need to go farther from Russia, "said Alexander Pashchenko, General Director of the State Enterprise Plant 410 Civil Aviation, reports the news agency Defense Industry Courier .

“With regard to the critical dependence on titanium alloys, one of the problems is the production of landing gear for aircraft. They are made mainly from VT-22, some elements of heat-resistant steel, including VT-06 - titanium, ”he explained.

In addition, Pashchenko added that the Russian Federation is a monopoly in the production of titanium on the world market (we are talking about the world's largest enterprise producing products from titanium and its alloys - OJSC VSMPO-Avisma Corporation, which is located in the village. Verkhnyaya Salda, RF).

“By the way, Boeing is 50% dependent on these components. In addition, the company signed new contracts in 2020 and 2021. Airbus is even more dependent, while the Brazilian company Embraer is 100% dependent, ”said the head of the aircraft plant.

“Ukraine is a much smaller country than those represented by the above companies. Unfortunately, I doubt that today we are ready to radically replace this particular element, ”summed up A. Pashchenko.

SE "Plant 410 Civil Aviation" is a state-owned enterprise of the aviation industry of Ukraine, located in Kiev. The company carries out diagnostics, repair, maintenance, re-equipment and modernization of aircraft and helicopters.

Recommended:
About 20,000 tons of coal disappeared at mines in Lviv: the Ministry of Energy appealed to the police
Tallinn plans to create a green hydrogen hub in the Baltic
Novokramatorsk Machine-Building Plant will supply a modernized crusher to Poltava GOK
On this topic
Tomorrow Ukraine will sell the rights to the largest titanium ore deposit - Gosgeonedra
"Plant 410 Civil Aviation" will not pay for defective parts - court decision
Ukraine intends to become the leader of the global titanium industry by 2030
Yuzhmash told whether it is possible to launch reusable rockets from the Black Sea
How the reform of the electricity market in Ukraine can lead to a collapse and what to do about it
Lattice rudders Falcon 9 and Falcon Heavy will be made of stainless steel
Partner news
Сomments
Add a comment
Сomments (0)
News Analytics
State Environmental Inspection filed claims against ArcelorMittal Kryvyi Rih in17-09-2021, 10:28
US Steel will build an electrometallurgical plant with a capacity of 3 million17-09-2021, 10:48
Airbus begins designing a hydrogen-powered aircraft17-09-2021, 10:06
There are already 779 enterprises in Ukraine that officially carry out17-09-2021, 09:16
Low-cost carrier Ryanair plans aggressive expansion in Ukraine16-09-2021, 21:34
Moody's changes its outlook for the mining and metals industry from "positive"14-09-2021, 18:39
European steel prices decline from summer highs and remain stable high04-09-2021, 10:38
Rise in European steel prices to dizzying levels finally fizzled out - Bloomberg27-08-2021, 13:18
Gold continues to be the most efficient portfolio asset - WGC26-08-2021, 12:38
Falling iron ore prices caught Wall Street by surprise - WSJ23-08-2021, 13:57
Sign in with: