Thanks to the mining industry in Ukraine, industrial production increased in September

For nine months, the largest industrial production growth in Ukraine was shown by the investment goods production sector, the output of which increased by 2.5% 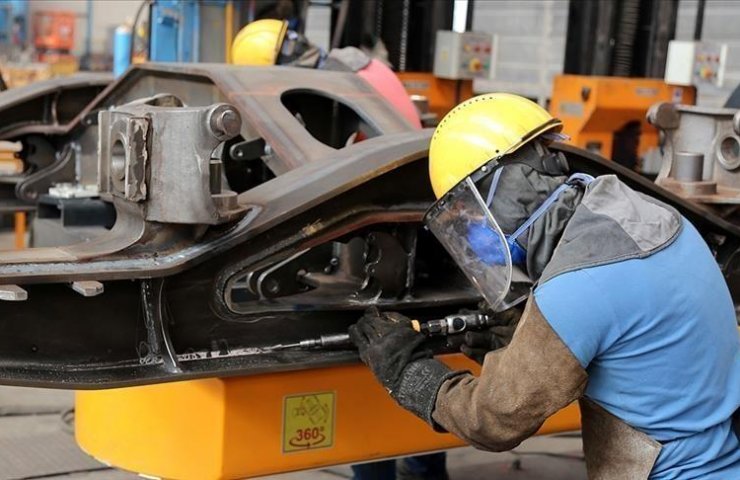 In January-September 2021, industrial production in Ukraine increased by 1.4%. Including in the processing industry - by 1.6%, mining - by 1.2%, the supply of electricity, gas and air conditioning - by 1.2%.

“The favorable situation in foreign markets continues to influence the growth of industrial production in certain industries. In particular, September saw an increase in the mining industry. We also see growth in investment-oriented types of activity, which testifies to the intensification of the implementation of investment projects by enterprises, ”commented Volodymyr Grinyuk, First Deputy Minister of Economy of Ukraine.

At the same time, in the supply of electricity, gas, steam and conditioned air in September, there was a decrease in production by 2.4% against the background of a decrease in natural gas consumption due to an increase in its cost, which affected a decrease in the distribution of natural gas through local (local) pipelines. In particular, according to the State Statistics Service, in August 2021 gas use decreased by 24.6% compared to August of the previous year.

Финансовая аналитика, прогнозы цен на сталь, железную руду, уголь и другие сырьевые товары. More news and analytics on Metallurgprom telegram channel - subscribe to get up-to-date market information and price forecasts faster than others.
Сomments
Add a comment
Сomments (0)
On this topic
Industrial production growth slowed down in Ukraine
Mechanical engineering remains the locomotive of industrial production growth in the Donetsk region
Metallurgical production of the Donetsk region of Ukraine in October increased by 8.1%
The annual decline in industrial production of the Donetsk region of Ukraine amounted to 3.8%
Industrial production of Donetsk region increased in the first half of 2021 by 7.5%
Metallurgical production of Donetsk region increased in January-April by 35%
Recommended:
20 advanced manufacturing industrial parks to open in Shenzhen
London will violate WTO rules in an attempt to prevent the flow of cheap steel imports
The global steel industry will face its worst quarter since the 2008 crisis
News Analytics
The Belarusian steel plant was visited by the Ambassador of Kazakhstan to06-07-2022, 17:44
US steel prices fall to December 2020 levels06-07-2022, 13:40
Interpipe mastered a new type of railway wheels for the EU market06-07-2022, 12:15
Tesla in the second quarter reduced the supply of cars by 18%04-07-2022, 10:24
Steel prices fall due to weakening European demand and problems in China04-07-2022, 10:40
High iron ore shortage could halt metallurgy's green transition28-06-2022, 14:02
Price volatility hits global steel market27-06-2022, 19:28
Recovery in China could be key to rising global steel prices - MEPS24-06-2022, 14:00
Conflict in Ukraine spurs Europe's drive for clean energy03-06-2022, 12:14
US steel market sentiment becomes more price neutral05-05-2022, 10:15
Sign in with: