ArcelorMittal Kryvyi Rih raises wages by 10% or more from October 1, 2021

It was decided to increase salaries from October 1, 2021 by 10%, thereby increasing the constant part of the salary, which in turn will increase the average earnings, that is, will affect the amount of vacation pay, sick leave, 13th salary and other charges . 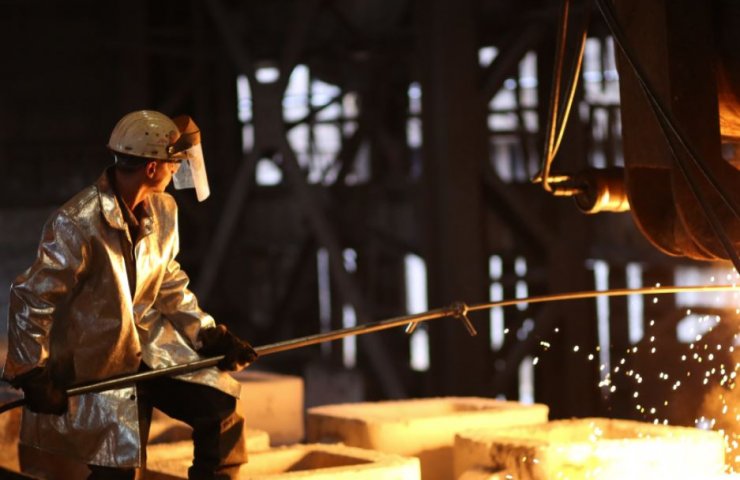 The conference of the ArcelorMittal Kryvyi Rih labor collective supported the previous results of negotiations between the company's management and the trade union side and the company's decision to raise the wages of all employees by 10%.

At the same time, some categories will receive an increase of up to 30% in order to ensure a logical relationship between salaries, as well as taking into account the results of certification of jobs and based on a comparison with the salary market in the metallurgical industry.

According to the results of negotiations, taking into account the proposal of the PMGU software, which represents the largest number of employees, an agreement was reached instead of the proposed increase by 5% within the long-term plan from October 1, 2021 and the payment of 50% of the 14th salary in December 2021 increase salaries from October 1, 2021 by 10% (for some categories, provide for a differentiated increase by a larger percentage), thereby increasing the constant part of wages, which in turn will increase the average earnings, that is, affect the amount of vacation pay, sick leave, 13 th salary and other charges. I am sure that the constant constructive dialogue with the trade unions will continue to ensure the stable operation of the enterprise and positive results for each of our employees, ”said Yulia Chermazovich, Director for Industry Relations and Social Development at ArcelorMittal Kryvyi Rih.

All 11 primary trade union organizations operating at the enterprise were involved in the negotiations. This year, ArcelorMittal Kryvyi Rih has already increased the salaries of its employees: in May 2021, by 5-30% by the Enterprise Day, it paid each employee 50% of the 14th salary.

Also, by decision of the conference, the current Collective Agreement was extended for 2 years.

ArcelorMittal Kryvyi Rih is one of the few Ukrainian industrial enterprises that annually invests in the development and maintenance of recreation facilities for its employees and their families. These are two children's health camps, two boarding houses, three out-of-town recreation centers and a sanatorium-preventorium. This year, ArcelorMittal Kryvyi Rih spent over UAH 69 million on health improvement and recreation of its employees and their children. In the summer, 3,500 children rested in sea camps, and more than 18,000 employees of the enterprise and their families at country camp sites.

ArcelorMittal Kryvyi Rih fully fulfills its obligations in the field of occupational health and safety, organization and remuneration of employees, training and social protection of personnel.

Сomments
Add a comment
Сomments (0)
Partner news
Recommended:
Metallurgical industry faces huge restructuring as demand for iron ore changes
A new drop in quotations is expected on the global scrap metal market
Coke prices collapse in China
On this topic
The operator of the gas transport system of Ukraine has concluded agreements with all connecting
Belanto Trade accused Dmitry Firtash of tarnishing the company's image to eliminate a competitor
"Naftogaz" has filed a lawsuit against the government of Ukraine for the issuance of a
Time magazine named ecoactivists Greta Thunberg's man of the year
Metinvest was the first in Ukraine to launch a CRM system to improve customer service
Fitch Ratings Warns of “Shocking Impact” on Fossil Fuel Exporters
News Analytics
Yuzhmash denied reports of agreements with Turkey on the supply of Zenit-204-12-2021, 13:35
Gold price rises amid falling US employment data04-12-2021, 12:37
Elon Musk announced the start of construction of a SpaceX launch pad in Florida04-12-2021, 11:27
Zaporizhstal transferred 1400 tons of medical oxygen to Ukrainian hospitals in04-12-2021, 10:14
Egypt is interested in Ukrainian mining and metallurgical technologies04-12-2021, 10:51
What unites Ilona Mask and other richest people in the world31-10-2021, 12:28
Moldavian Gordian knot - big politics28-10-2021, 11:03
Elon Musk's equity capital is approaching the $ 300 billion mark27-10-2021, 13:26
Hopes are dying to end the world's dependence on coal25-10-2021, 16:54
Will the rise in steel prices limit metallurgical production?25-10-2021, 11:44
Sign in with: