The Polish parliament voted to build a border wall 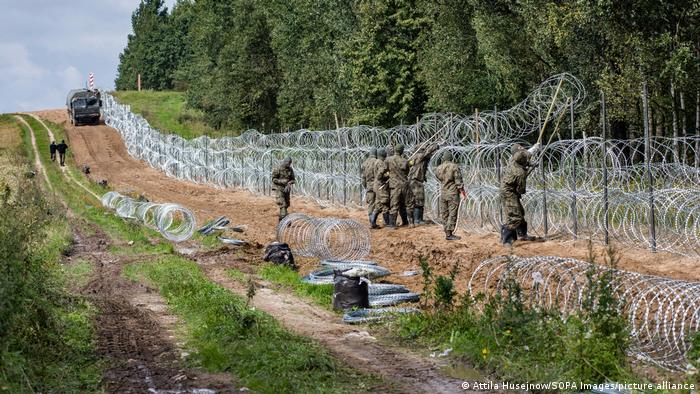 Thousands of people, mainly from the Middle East and Asia, in recent months have tried to enter the territory of the European Union through Belarus. The EU claims Belarus is encouraging a transitional period in response to the sanctions.

A 5.5-meter-high wall will cost Poland 353 million euros. Some experts argue that this is wasteful and that the wall will not solve the problem.

The Polish parliament voted for the construction of the border wall "to stop migrants trying to cross the border from Belarus." The bill will become law with the signature of Polish President Andrzej Duda.

The wall, on which motion sensors will also be installed, will be built along the 400-kilometer border of Poland with Belarus. The government intends to complete construction in the summer.

Poland claims that an average of 500 migrants try to enter the country from Belarus every day. In total, over the past year, 120 attempts have been registered.

Финансовая аналитика, прогнозы цен на сталь, железную руду, уголь и другие сырьевые товары. More news and analytics on Metallurgprom telegram channel - subscribe to get up-to-date market information and price forecasts faster than others.
Сomments
Add a comment
Сomments (0)
On this topic
How the reform of the electricity market in Ukraine can lead to a collapse and what to do about it
A working group will be created in Ukraine to interact with the European Commission on adjusting
Stopped nuclear power plants and mines. What's going on in the energy sector of Ukraine?
Poland refuses to close coal mine despite EU court ruling and € 0.5 million a day fine
Yuzhmash told whether it is possible to launch reusable rockets from the Black Sea
Poland will receive 56 billion euros for the transformation of coal regions
Recommended:
The United States imposed sanctions against the chairman of Severstal Alexei Mordashov
South Korea declares scrap metal a strategically important raw material
Metinvest enterprises in the Dnipropetrovsk region of Ukraine suspend work
News Analytics
The United States refused to impose duties on Russian metals and increase02-07-2022, 09:05
Daimler Truck began testing Actros tractor on liquid hydrogen02-07-2022, 08:54
Volvo invests $1.25 billion to build electric vehicle plant in Slovakia01-07-2022, 18:17
Swedish court authorizes construction of steel mill for the first time in 5001-07-2022, 11:09
AvtoVAZ plans to produce at least 400,000 vehicles in 202301-07-2022, 11:29
High iron ore shortage could halt metallurgy's green transition28-06-2022, 14:02
Price volatility hits global steel market27-06-2022, 19:28
Recovery in China could be key to rising global steel prices - MEPS24-06-2022, 14:00
Conflict in Ukraine spurs Europe's drive for clean energy03-06-2022, 12:14
US steel market sentiment becomes more price neutral05-05-2022, 10:15
Sign in with: