On these lands, the mining enterprise stored industrial waste, which, according to the State Environmental Inspection of Ukraine, contains the most dangerous substances that can penetrate into aquifers and spoil drinking water. 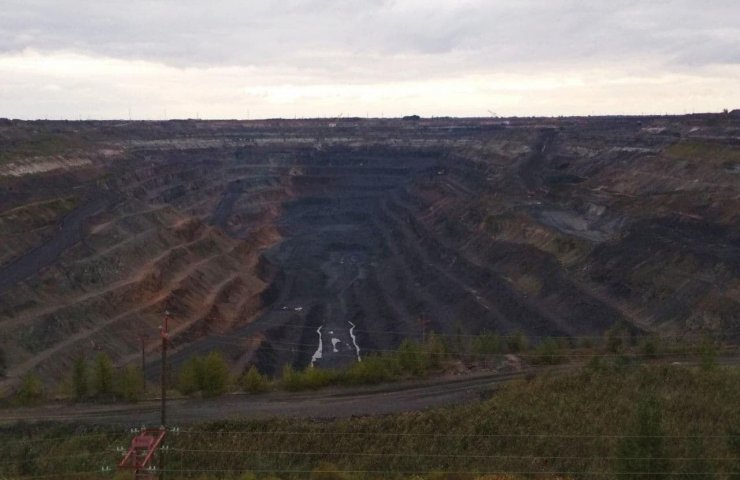 Almost 800 million hryvnia of damage was brought by the State Ecological Inspectorate of Ukraine to Konstantin Zhivago's Eristovsky mining and processing plant of Ferrexpo for the unauthorized seizure of about 160 hectares of land in the Poltava region for the disposal of waste generated as a result of mining.

According to the Head of the State Ecological Inspection Andrei Malevanny, violations were discovered during a routine inspection of the enterprise.

“The plant did not have any documents of ownership of the site, as well as the decision of local authorities to transfer it into ownership or use. At present, the enterprise has suffered damage in the total amount of about 786 million hryvnia. If the plant does not pay for them voluntarily, the State Environmental Inspection will go to court, "he said.

At the same time, Malevany added that since the beginning of 2021, more than half of all violations in the field of waste management have been found at industrial facilities.

“This is the placement of garbage in designated areas, the lack of protection systems against pollution. At the same time, it is industrial waste that contains the most hazardous substances that can penetrate into aquifers and spoil drinking water, "the head of the department stated.

Ferrexpo is an iron ore company with assets in Ukraine. The main activity is the production and export of iron ore pellets used in steel production. Ferrexpo owns 100% of shares in Poltava GOK, 100% in Eristovsky GOK and 99.9% in Belanovsky GOK. Ferrexpo is listed on the LSE main floor.

Финансовая аналитика, прогнозы цен на сталь, железную руду, уголь и другие сырьевые товары. More news and analytics on Metallurgprom telegram channel - subscribe to get up-to-date market information and price forecasts faster than others.
Сomments
Add a comment
Сomments (0)
On this topic
The State Geological Survey of Ukraine has developed an algorithm of actions in the event of
Ferrexpo increased total pellet production by 7.4%
District court of Kyiv imposed a new restriction for 50.3% of Ferrexpo Poltava Mining
Ferrexpo has achieved removal of arrest from shares of Poltava GOK
State Environmental Inspection filed claims against ArcelorMittal Kryvyi Rih in the amount of UAH
Mining company Zhevago has invested in the Ukrainian assets of about 6 billion UAH
Recommended:
Bulgaria began unloading the first tanker with American liquefied gas
Recovery in China could be key to rising global steel prices - MEPS
Australian TIG approved coal mining at the Chukchi Zvonkoye field
News Analytics
The Belarusian steel plant was visited by the Ambassador of Kazakhstan to06-07-2022, 17:44
US steel prices fall to December 2020 levels06-07-2022, 13:40
Interpipe mastered a new type of railway wheels for the EU market06-07-2022, 12:15
Tesla in the second quarter reduced the supply of cars by 18%04-07-2022, 10:24
Steel prices fall due to weakening European demand and problems in China04-07-2022, 10:40
High iron ore shortage could halt metallurgy's green transition28-06-2022, 14:02
Price volatility hits global steel market27-06-2022, 19:28
Recovery in China could be key to rising global steel prices - MEPS24-06-2022, 14:00
Conflict in Ukraine spurs Europe's drive for clean energy03-06-2022, 12:14
US steel market sentiment becomes more price neutral05-05-2022, 10:15
Sign in with: