Beijing has announced a reorganization of the rare earths sector, which means the creation of another state-owned giant 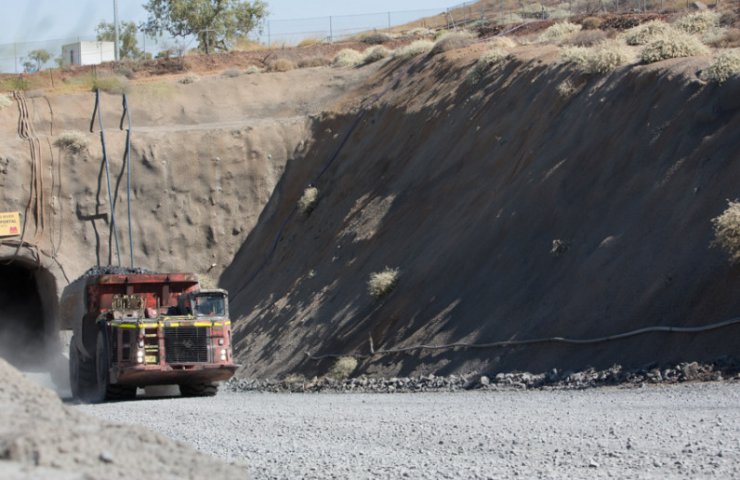 China has strengthened its dominance in the production of rare earth minerals and merged three domestic companies into a mega-firm as global demand for vital minerals rises.

According to Asia Nikkei Business News, Beijing has decided to accelerate China's development of vital minerals and post-processing technologies in order to tighten control over the mining sector and subsequent exports.

State-owned resource company China Minmetals Corporation (CMC) and non-ferrous metals company China Aluminum Corporation have decided to merge with the government of Ganzhou, which is well known for its significant deposits of rare earths, as part of a "strategic reorganization" to create a "world-class company." The new company will now account for 70% of the country's quota for the production of medium and heavy rare earths and 40% of the total production of rare earths.

China is a world leader in the production and processing of rare minerals that are in great demand in a wide variety of industries, such as consumer electronics, electric vehicles and even military equipment. The communist country accounted for nearly 60% of the world's rare earths production last year, according to the US Geological Survey. However, that figure has dropped significantly from 90% four years ago, as both the US and Australia increased production amid the US-China trade conflict.

Финансовая аналитика, прогнозы цен на сталь, железную руду, уголь и другие сырьевые товары. More news and analytics on Metallurgprom telegram channel - subscribe to get up-to-date market information and price forecasts faster than others.
Сomments
Add a comment
Сomments (0)
On this topic
Biden's Production Plan Requires Significant Increase in U.S. Mineral Production
The State Geological Survey of Ukraine has developed an algorithm of actions in the event of
Representatives of the EU and Ukraine discussed ways to export strategically important metals and
How can integrated subsoil use objects help the development of raw materials exports in Ukraine?
Ukraine has completely exhausted quotas for the supply of steel to the EU, except for three types
Yuzhmash told whether it is possible to launch reusable rockets from the Black Sea
Recommended:
An Australian company has signed a contract with the US Department of Defense for the production of rare earth elements
Ferroalloy enterprises of Ukraine in total reduced output by 24.9%
Steel prices fall due to weakening European demand and problems in China
News Analytics
Tesla in the second quarter reduced the supply of cars by 18%04-07-2022, 10:24
Steel prices fall due to weakening European demand and problems in China04-07-2022, 10:40
The United States refused to impose duties on Russian metals and increase02-07-2022, 09:05
Daimler Truck began testing Actros tractor on liquid hydrogen02-07-2022, 08:54
Volvo invests $1.25 billion to build electric vehicle plant in Slovakia01-07-2022, 18:17
High iron ore shortage could halt metallurgy's green transition28-06-2022, 14:02
Price volatility hits global steel market27-06-2022, 19:28
Recovery in China could be key to rising global steel prices - MEPS24-06-2022, 14:00
Conflict in Ukraine spurs Europe's drive for clean energy03-06-2022, 12:14
US steel market sentiment becomes more price neutral05-05-2022, 10:15
Sign in with: