The conclusion of this agreement was preceded by a meeting on the Antonovs' implementation of the SALIS program, which took place on September 29-30, 2021 in Prague, Czech Republic. 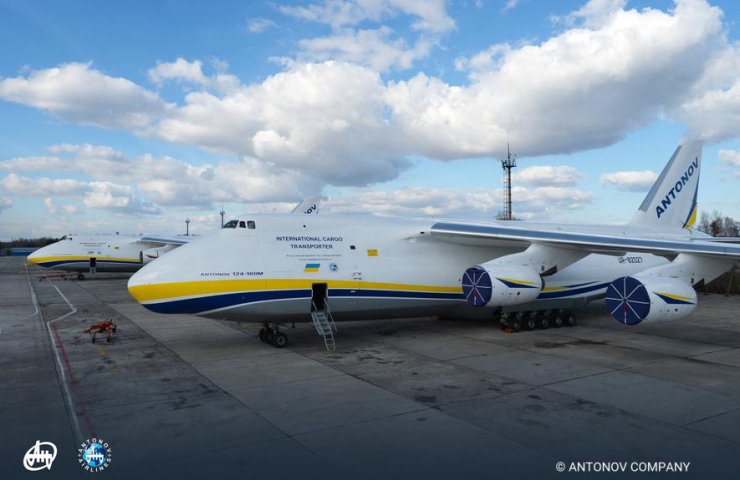 Ukrainian State Aircraft Building Holding Antonov signed a five-year contract with NATO Support and Procurement Agency (NSPA) for the use of An-124-100 aircraft under the Strategic Airlift International Solution (SALIS)).

As noted in the Ukrainian state enterprise, on the part of NATO, this was evidence of the recognition of the high level of quality of services provided by Antonov State Enterprise in air transportation and trust in the Ukrainian partner.

Ukraine and NATO have been cooperating on the SALIS program for almost 16 years, since January 2006. All this time, the Antonov State Enterprise has been ensuring the implementation of strategic air cargo transportation in the interests of the NATO and EU countries. Two An-124-100 aircraft are provided on a permanent basis, the rest are available upon request. The legendary An-22 Antey and An-225 Dream were also used to fulfill certain orders.

The corresponding contract was usually prolonged for a period of two to three years. During a long and fruitful interaction, the countries of the Northern Alliance and the EU became convinced of the professionalism and reliability of the Antonov subsidiary as a partner, and as a result of constructive negotiations between the management of Antonov State Enterprise, Antonov Logistics SALIS GmbH and representatives of NSPA, this year, for the first time, it was signed immediately on 5 years.

At the same time, the main emphasis was placed on the availability of the aircraft of the Antonov State Enterprise a sufficient resource to perform tasks under the SALIS program for the next 5 years and the enterprise's capabilities to further extend the aircraft life.

Финансовая аналитика, прогнозы цен на сталь, железную руду, уголь и другие сырьевые товары. More news and analytics on Metallurgprom telegram channel - subscribe to get up-to-date market information and price forecasts faster than others.
Сomments
Add a comment
Сomments (0)
On this topic
NATO expressed gratitude to the state enterprise "ANTONOV" for the work in the framework
The economy for the first time joined the work of the Commission Ukraine-NATO
Specialists of SE "Antonov" ensured the urgent transfer of mining equipment from
Ukroboronprom confirmed the intentions of Antonov State Enterprise to start production of aircraft
Yuzhmash told whether it is possible to launch reusable rockets from the Black Sea
Since the beginning of the year, Antonov Airlines has transported 626 tons of mining equipment by
Recommended:
The United States imposed sanctions against the chairman of Severstal Alexei Mordashov
Russia in May reduced the production of rolled steel by 8%
The United States refused to impose duties on Russian metals and increase tariffs on iron imports
News Analytics
The Belarusian steel plant was visited by the Ambassador of Kazakhstan to06-07-2022, 17:44
US steel prices fall to December 2020 levels06-07-2022, 13:40
Interpipe mastered a new type of railway wheels for the EU market06-07-2022, 12:15
Tesla in the second quarter reduced the supply of cars by 18%04-07-2022, 10:24
Steel prices fall due to weakening European demand and problems in China04-07-2022, 10:40
High iron ore shortage could halt metallurgy's green transition28-06-2022, 14:02
Price volatility hits global steel market27-06-2022, 19:28
Recovery in China could be key to rising global steel prices - MEPS24-06-2022, 14:00
Conflict in Ukraine spurs Europe's drive for clean energy03-06-2022, 12:14
US steel market sentiment becomes more price neutral05-05-2022, 10:15
Sign in with: