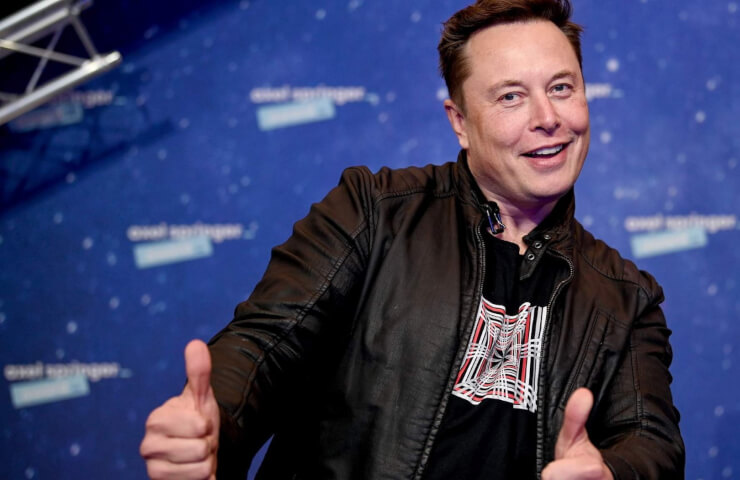 It is often said that a small portion of the wealth of a few could change the world for the better if they agreed to give it away. Previously, CNN published an interview with the director of the United Nations World Food Program (WFP), David Beasley. In it, Beasley says that it will take “only” $ 6 billion from the world's richest people to avoid an impending catastrophic humanitarian crisis in many parts of the world.

While Beasley's remarks are likely to apply to anyone who has been the richest person on Earth at this point in time, Musk took it personally and said that under certain conditions he would provide the necessary money to solve the problem. His tweet also overlooked the fact that world hunger is not something that can simply be fixed permanently. It will take "peace, love and understanding" to rule the world, as Elvis Costello once wrote. It doesn't depend on money.

It can alleviate emergency situations in which people can die if they don't get something to eat. The WFP director noted Musk and shared a link to what can be done to prevent 42 million people from starving to death in 2022. The page summarizes the plan and leads to a more detailed website where WFP is also requesting donations.

The organization said it needs $ 3.5 billion to buy food and ship it to locations where food supply is completely disrupted. In areas where hungry people can buy something to eat, WFP wants to offer $ 2 billion in vouchers. In addition to catering to those in need, this system helps support the local economy.

Managing this effort will require $ 700 million in each of the 43 hunger emergency countries, and an additional $ 400 million for global and regional coordination. Adding up all of these costs, you get the $ 6.6 billion that WFP will need to fight hunger in 2022 if the situation remains as it is today. A hurricane, volcano, earthquake or war can suddenly break out and increase these needs.

Beasley stressed that "Transparency and accountability are important to us and our donors." In that sense, the WFP director said that its “financial statements, operating plans, audits, annual reports, etc. are publicly available. We have open books. " Musk has expressed concern over whether he is actually going to help.

Now that the plan is available, we wonder if the Tesla CEO will stick with what he said on Twitter. What's more, we wish other billionaires like Jeff Bezos, Bill Gates, Bernard Arnault, Larry Page, and Mark Zuckerberg would also feel like helping. Musk has already sold $ 8.8 billion in shares just to pay taxes - at least that's what he said. Musk will have to sell even fewer shares to pay to tackle global hunger in 2022 alone.

Финансовая аналитика, прогнозы цен на сталь, железную руду, уголь и другие сырьевые товары. More news and analytics on Metallurgprom telegram channel - subscribe to get up-to-date market information and price forecasts faster than others.
Сomments
Add a comment
Сomments (0)
On this topic
Yuzhmash told whether it is possible to launch reusable rockets from the Black Sea
Stopped nuclear power plants and mines. What's going on in the energy sector of Ukraine?
How the reform of the electricity market in Ukraine can lead to a collapse and what to do about it
UN experts believe that the worst-case scenario for the Ukrainian economy can still be avoided
"New Hidden World" Discovered in Earth's Inner Core
Rivian Automotive could propel Tesla into the electric vehicle industry
Recommended:
Former Deputy Director of the State Development Bank of China charged with bribery
EU steel consumption could fall by almost 2% in 2022 - Eurofer
Dneprospetsstal restarted stainless steel production in Zaporozhye
News Analytics
The largest producer of titanium raw materials in Ukraine OGCC will sell25-05-2022, 20:48
Glencore accused of bribery in London pleads guilty in the US25-05-2022, 10:44
Swiss oil and gas equipment manufacturer Sulzer leaves Russia24-05-2022, 13:08
BIR: European Commission's decision on scrap metal will be the most tragic24-05-2022, 11:41
Rejection of Russian palladium destroys markets24-05-2022, 11:41
US steel market sentiment becomes more price neutral05-05-2022, 10:15
The global high-strength steel market will grow steadily by 5% annually for the04-05-2022, 08:45
China steel inventories hit 13-month high amid COVID-19 outbreak30-04-2022, 16:38
Slowdown in global auto sector affects steel prices27-04-2022, 12:36
World alumina production reaches a record 138 million tons21-04-2022, 09:54
Sign in with: