The UN predicted a decrease in the population of Ukraine by 2050 by almost 10 million people. Including the able-bodied population of the country will decrease by one third. 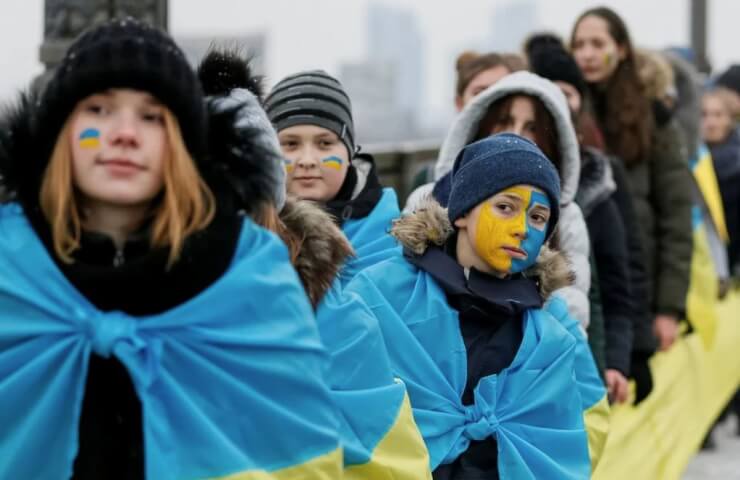 “Ukraine's population is shrinking at one of the fastest growing rates in the world and is likely to decline to 35 million by 2050. Low fertility rates, high mortality rates and a constant increase in the level of external migration are destroying the human capital of Ukraine, and hence the basis for sustainable development, ”the document says.

The organization recommended that the Ukrainian authorities stop the extinction of the population by creating stable political and financial systems.

“About a third of Ukrainians die before the age of 65. More than half of these deaths are preventable, ”the UN stressed.

As of October 2021, according to official data, 41.3 million people lived in Ukraine. The population has continued to decline in the country over the past few years.

Among other things, the UN expects that the labor force in Ukraine, which is characterized by low levels of involvement, especially among older men and women, as well as women of working age, will decrease by more than 30% by 2050.

Финансовая аналитика, прогнозы цен на сталь, железную руду, уголь и другие сырьевые товары. More news and analytics on Metallurgprom telegram channel - subscribe to get up-to-date market information and price forecasts faster than others.
Сomments
Add a comment
Сomments (0)
On this topic
The government of Ukraine has published the results of estimates of the population of the country
Demographic changes in India have led to a decline in demand for gold
How the reform of the electricity market in Ukraine can lead to a collapse and what to do about it
Stopped nuclear power plants and mines. What's going on in the energy sector of Ukraine?
The Ministry of economic development of Ukraine predicts reduction of unemployment to 6% by 2022
How can integrated subsoil use objects help the development of raw materials exports in Ukraine?
Recommended:
Rosneft transfers refineries to its own catalysts
S&P and Fitch consider Ukraine's agreement to defer payments on public debt as a default
ArcelorMittal Temirtau signed a Memorandum to ensure industrial safety
News Analytics
POSCO Expands Collaboration with Global Iron Ore Supplier Vale on Mild Steel19-08-2022, 11:33
Droughts affect Europe's hydropower market, exacerbating energy crisis19-08-2022, 11:37
Rosneft transfers refineries to its own catalysts17-08-2022, 10:55
ArcelorMittal Temirtau signed a Memorandum to ensure industrial safety17-08-2022, 10:26
British metallurgists raise steel prices again due to rising energy prices17-08-2022, 10:12
UBS raises global LFP battery market share forecast to 40% by 203017-08-2022, 11:26
Automotive steel market to exceed $161.75 billion by 203015-08-2022, 14:34
The US market may begin a collapse in prices for thick sheet14-07-2022, 09:39
High iron ore shortage could halt metallurgy's green transition28-06-2022, 14:02
Price volatility hits global steel market27-06-2022, 19:28
Sign in with: