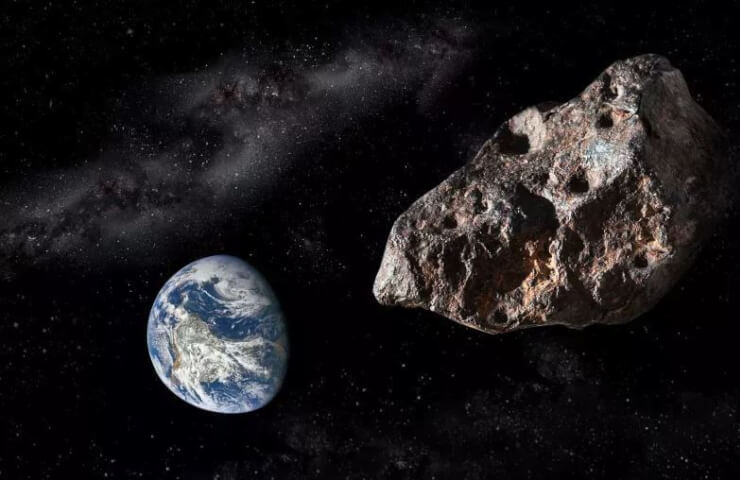 According to NASA, a giant "potentially dangerous" space rock larger than the Eiffel Tower will fly past Earth this week.

The egg-shaped asteroid, named 4660 Nereus, is 330 meters long and will orbit Earth at 14,700 miles per hour (23,700 km /h) on Saturday, December 11. Fortunately for all of our weekend plans, the asteroid is expected to fly past Earth at some distance without hitting, but it will still be closer to us than it was 20 years ago.

Nereus - named after the Greek sea god who was the son of Gaia, the personification of the Earth - will be approximately 2.4 million miles (3.86 million km), which is about 10 times the distance between the Earth and the Moon. It may seem like a huge chasm, but by cosmic standards it is literally a stone's throw.

NASA labels any space object within 120 million miles (193 million kilometers) of Earth as a “near-Earth object”, and any rapidly moving object within 4.65 million miles (7.5 million km) as "potentially dangerous". Once marked, astronomers keep a close eye on the objects, looking for any deviation from the predicted trajectory that could lead to their collision with the Earth.

Nereus, first discovered in 1982, comes close to Earth almost every 10 years. Because Nereus visits our solar system region so frequently, NASA and the Japanese space agency JAXA once considered collecting a sample using the JAXA spacecraft Hayabusa, but instead ended up settling on another asteroid (25143 Itokawa).

NASA predicts that Nereus will make the next close encounter with Earth on March 2, 2031 and November 2050. An even closer visit is predicted to occur on February 14, 2060, when Nereus could approach Earth by roughly 0.74 million miles (1.2 million). This will place the mineral-rich space rock a tempting distance of three moons from our planet.

Nereus is also a tempting prize for promising space mining. Asterank, a database that tracks more than 600,000 asteroids, estimates the asteroid has deposits of nickel, iron and cobalt totaling $ 4.71 billion.