The auction for the sale of the United Mining and Chemical Company, scheduled for December 20, will not take place and the date of the next attempt has not yet been determined. 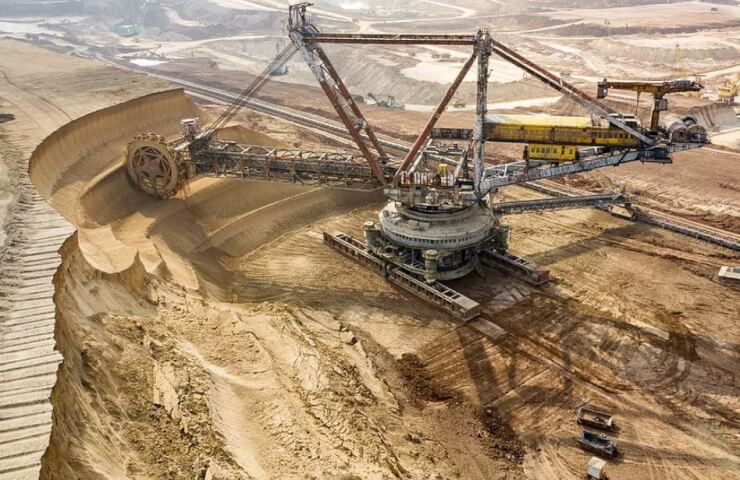 One of the largest producers of titanium raw materials in the world, combining the assets of the Ukrainian Volnogorsk and Irshansk ore mining and processing plants, again turned out to be of no interest to investors.

The State Property Fund of Ukraine received two applications for participation in the auction for the privatization of the United Mining and Chemical Company (OGCC), which was scheduled for December 20, 2021. At the same time, one of the applications did not meet the requirements of the current legislation.

Thus, due to the inconsistency with the requirements of the Law of Ukraine "On the Privatization of State and Communal Property" applications of one of the two applicants for participation in the auction, the auction cannot be held if there is only one participant, the State Property Fund reported. >

This was the third attempt by the state to sell the OGHK since August this year. The date of the previous privatization auction was set for October 29, 2021 with the same starting price of UAH 3.7 billion, the auction step - UAH 50 million.

The United Mining and Chemical Company was included in the list of companies to be privatized in 2017 in August 2016. Its terms were postponed several times, most recently due to the coronavirus crisis and quarantine.

OGHK sells products to more than 30 countries of the world and is one of the world's largest producers of titanium raw materials, occupying 4% of the world market. The main sales markets are the EU, China, Turkey, as well as the USA and African countries. The company extracts ore for the production of 20 thousand tons of titanium per year.

Among the financial conditions of the privatization tender, invest at least UAH 400 million in the modernization of the enterprise. Among other conditions: not to lay off workers for six months and provide social guarantees to workers, provide water to utilities-consumers.

Финансовая аналитика, прогнозы цен на сталь, железную руду, уголь и другие сырьевые товары. More news and analytics on Metallurgprom telegram channel - subscribe to get up-to-date market information and price forecasts faster than others.
Сomments
Add a comment
Сomments (0)
On this topic
Ukraine canceled the auction for the sale of Europe's largest titanium production facility
Dmitry Firtash regained the right to purchase a 51% stake in the Zaporozhye Titanium and Magnesium
Ukraine will again try to sell Europe's largest titanium and zirconium producer
Vice President of the European Commission visited the Irshansk ore mining and processing plant in
Concorde Capital told about the preparations for the privatization of the largest coal companies of
Metinvest extended maturity of bonds
Recommended:
Ukraine and the EU have stepped up preparations for the"industrial visa-free"
Canada will cancel all import duties for goods from Ukraine
Kharkiv thermal power plants began to stop due to high gas prices
News Analytics
The largest producer of titanium raw materials in Ukraine OGCC will sell25-05-2022, 20:48
Glencore accused of bribery in London pleads guilty in the US25-05-2022, 10:44
Swiss oil and gas equipment manufacturer Sulzer leaves Russia24-05-2022, 13:08
BIR: European Commission's decision on scrap metal will be the most tragic24-05-2022, 11:41
Rejection of Russian palladium destroys markets24-05-2022, 11:41
US steel market sentiment becomes more price neutral05-05-2022, 10:15
The global high-strength steel market will grow steadily by 5% annually for the04-05-2022, 08:45
China steel inventories hit 13-month high amid COVID-19 outbreak30-04-2022, 16:38
Slowdown in global auto sector affects steel prices27-04-2022, 12:36
World alumina production reaches a record 138 million tons21-04-2022, 09:54
Sign in with: