Top managers of Ukrainian metallurgical enterprises spoke about plans for 2022

For the Ukrainian metallurgy, 2021 has become a rather successful year with high profits and growing production indicators. At the same time, it is noted that the new, 2022, will become more problematic, full of new challenges and ambitious goals. 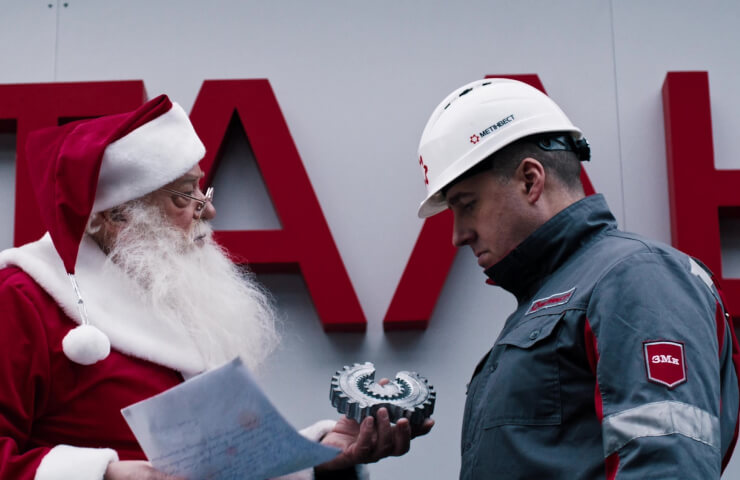 The heads of the metallurgical enterprises of Ukraine, generating a quarter of foreign exchange earnings in the country, summed up the results of 2021 and set plans for 2022.

Yuri Ryzhenkov, CEO of Metinvest Group, noted that 2021 was a special year for the company, full of events and challenges, excitement and victories.

“In the year of the 15th anniversary of Metinvest, we developed intensively and created new meanings. Together, our employees have achieved excellent operational improvement performance. The favorable market situation made it possible to obtain good financial results in order to invest in the renewal of the capacities of our enterprises and social projects, "Ryzhenkov stated.

According to the top manager, in 2021 the company of Rinat Akhmetov and Vadim Novinsky invested record funds in its modernization. Metinvest launched the most ambitious project in its history, worth more than a billion euros, to build a cold rolling mill at the Ilyich Steel Plant, took the first important steps towards decarbonization, successfully confronted the coronavirus pandemic, supplying oxygen to hospitals throughout the country at the most difficult time for Ukraine.

“We have strengthened vertical integration: we acquired the assets of the Dnieper Metallurgical Plant, consolidated the enterprises of the Pokrovsk Coal Group. which will bring the quality of Ukrainian higher education to a new, European level and will become a visiting card not only for Mariupol, but for the whole of Ukraine, ”Ryzhenkov said.

In turn, the General Director of Zaporizhstal, Alexander Mironenko, noted the environmental modernization of the steel plant over the past 10 years: the efficient operation of the reconstructed gas cleaning systems of the sinter plant and blast furnaces.

“There is definitely a reason to call the plant's environmental transformation case successful: having directed about UAH 16 billion of green investments into the modernization of Zaporizhstal, we achieved a reduction in emissions of pollutants into the atmosphere at production units by 15 thousand tons per year ", - emphasized the head of the metallurgical plant, adding that by the middle of 2022 a new modern aspiration unit for the updated blast furnace No. 5 will be put into operation.

The General Director of the Azovstal metallurgical plant, Enver Tskitishvili, stressed that 2020 has become a year of large-scale modernizations and transformations, and the enterprise has new ambitious goals and achievements ahead.

“After a difficult 2020, when the COVID pandemic began, we needed to quickly recover and use the huge demand for our products that had emerged in the market. And we did it! Colossal production volumes, record deliveries ... we had failures and successes, challenges and victories, tears and triumphs. But we all showed that we are really made of steel. We were strong, but flexible, we kept good traditions, but innovated, we were smart and inventive, ”stated the CEO.

According to him, the Kryvyi Rih metallurgical enterprise is ready for any challenges, but admitted that “it will not be easy, as always.”