Ukrainian officials have a long-standing illness. Its symptom is the sacrifice of economic interests for the sake of political ones. 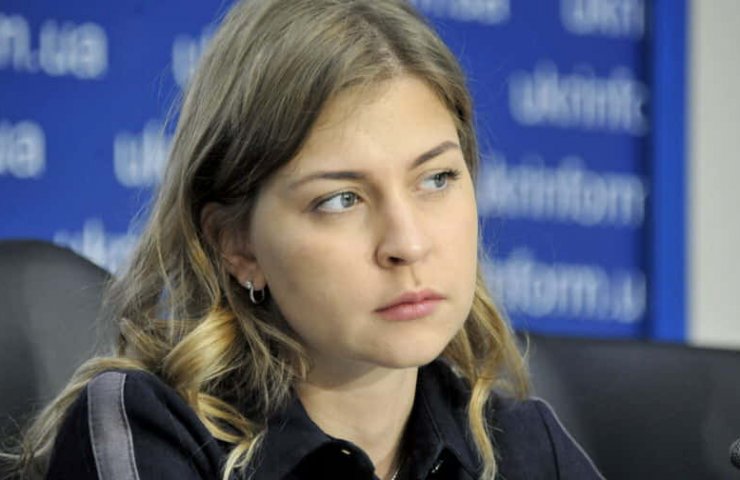 The Ukrainian government expects difficult negotiations on trade in metallurgical products as part of the renewal of the agreement with the EU and the "green" course on trade with the EU, said Olga Stefanishina, Vice Prime Minister for European and Euro-Atlantic Association.

"Trade in metal products is a complex block of issues, since there are issues that go purely outside the scope of the agreement - there are certain duties established for Ukrainian products. This is a more complex issue. And it is clear that the European market is interested in maximizing And it will be difficult negotiations, but they will definitely be held, "she said during an online interview with " Trade Wars: The Art of Defense "on Tuesday.

At the same time, Stefanishina stressed that within the framework of Green Deal, all Ukrainian enterprises should be guided by this new EU policy.

Answering the question about the different possibilities of eco-modernization of production at the enterprises of the EU and Ukraine (the approved Green Deal investment plan envisages attracting more than EUR1 trillion in investments in 2021-2030, 64% of which will be public funds - IF), the Deputy Prime Minister noted that the process of additions to the agreement is underway.

"In our proposals to the EU, we must develop a roadmap for our transformation, which will take into account the financial aspect and time frames, " Stefanishina stated, recalling that the government is developing an economic strategy until 2030.

"But business must also think ahead. We communicate quite fruitfully with associations and enterprises. And we assess the situation very positively, and many companies are already preparing for this, preparing their own assessments, " said the Deputy Prime Minister.

Earlier, the Deputy Chairman of the Verkhovna Rada Committee on Economic Development Dmitry Kisilevsky said that he considered it necessary for the representatives of Ukraine to more actively defend the interests of domestic producers both in negotiations with European colleagues within the framework of issues on "green metallurgy " and environmental modernization, and in decisions made.

"European " green "course - words that will more and more sound from the lips of Ukrainian officials and Ukrainian industrialists.The common thing in these words is the great impact that the " green "EU course will have on the Ukrainian economy. The difference is in the assessment. Officials are already promising the Europeans that Ukraine will be among the first to adopt the new European rules. Industrialists say that the government in its pursuit of PR can greatly harm key Ukrainian industries and demand from officials a reasonable negotiating position ", - wrote the deputy chairman of the BP committee on his Facebook page following the "round table " "Climate Change: European Green Deal and International Obligations, Priorities and Opportunities for Ukraine " held on October 13 ".

At the same time, he explained what is the essence of the "green " course: the EU will require its producers to reduce the burden on the environment. Realizing that this is a significant additional cost for European businesses, the EU will introduce restrictions on imports, which will be motivated by environmental considerations. At the same time, European enterprises will receive from their governments significant financial incentives for environmental modernization. The European Green Deal Investment Plan was approved, which provides for attracting more than EUR1 trillion in investments in 2021-2030, 64% of them - public funds.

The parliamentarian stressed that this policy is a vivid example of neo-protectionism on the part of the EU: hidden subsidies of its producers and at the same time restricting imports. As a result, Ukrainian exporters are likely to receive another trade barrier in addition to many existing duties and other obstacles that exist in trade with the European Union and have not disappeared anywhere, despite the Ukraine-EU Association Agreement, and even new ones have appeared.

"Ukrainian officials have a long-standing disease. Its symptom is the sacrifice of economic interests for the sake of political ones. A significant part of Ukrainian international agreements are vivid examples of this. Therefore, I do not just call, but demand that Ukrainian officials who will negotiate honestly tell Ukrainian producers, what exactly they promise to European partners, and they promise Ukraine, "Kisilevsky called.

At the same time, he admitted that the Ukrainian industry should be modernized with an ecological bias. But for this, producers need time and significant financial resources, expressing doubts that the Ukrainian government plans to provide its producers with the same financial support and protect the internal market as the EU does.

Финансовая аналитика, прогнозы цен на сталь, железную руду, уголь и другие сырьевые товары. More news and analytics on Metallurgprom telegram channel - subscribe to get up-to-date market information and price forecasts faster than others.
Сomments
Add a comment
Сomments (0)
On this topic
"Naftogaz" has filed a lawsuit against the government of Ukraine for the issuance of a
Losses of Ukrainian industry from joining the European "Green Deal" will exceed half a
The operator of the gas transport system of Ukraine has concluded agreements with all connecting
Time magazine named ecoactivists Greta Thunberg's man of the year
The European Union is increasingly interested in Interpipe's plans in the field of decarbonization
"Green Agreement" of the European Union called a "vector" of Ukraine
Recommended:
UK extends ban on Russian gold imports
Metinvest intends to receive compensation from Russia for the destroyed plants in Mariupol
The state will not support the export of metals from Russia - Ministry of Industry and Trade of the Russian Federation
News Analytics
China's iron ore output to rise in 2023 as new projects are launched30-11-2022, 18:10
"Centravis" agreed to supply a new batch of seamless pipes to a30-11-2022, 16:51
Metinvest enterprises in Ukraine resumed work after massive shelling of29-11-2022, 11:59
The European Council added the violation of restrictive measures (sanctions) to28-11-2022, 14:22
The abolition of export duty in India may reduce the price of Turkish steel28-11-2022, 14:07
Commodity prices will fall, metals quotes will rise slightly - Focus Economics28-11-2022, 13:28
Platinum market to face shortage next year - WPIC22-11-2022, 18:25
Global steel demand falls and will fall by 2.3% in 2022: WorldSteel19-10-2022, 23:12
Iron ore prices fall to 11-month low15-10-2022, 10:36
China production cuts in winter will give limited boost to steel markets -15-09-2022, 10:09
Sign in with: