Dmitry Firtash's reports about the shutdown of Severodonetsk Azot were denied

Gas tariffs for the processing industry, greenhouse facilities, chemical industry, bakery, etc., according to the Ukrainian Union of Industrialists and Entrepreneurs, turned out to be unaffordable. The cost of natural gas has increased fivefold. 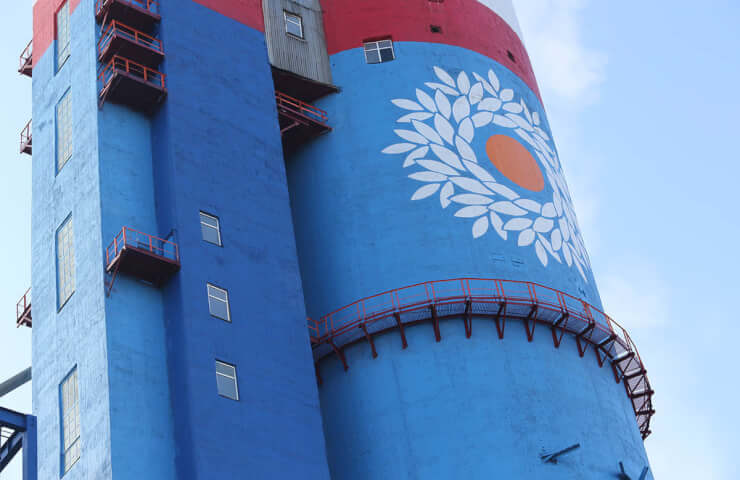 The press service of the Group DF company, which unites the assets of businessman Dmitry Firtash, stated that the information about the shutdown of the chemical plant in Severodonetsk "Azot" does not correspond to reality.

"Severodonetsk Azot" operates as usual and ships products to farmers for the spring sowing season in 2022 in accordance with the agreements signed, "the refutation says.

Earlier today, the press service of the Ukrainian Union of Industrialists and Entrepreneurs circulated a press release: "The government, at the request of industrialists, promised gas benefits to producers of socially significant products," which, according to Firtash's press service, contained information that allegedly Severodonetsk Azot has stopped.

At the time of publication of this message, there is no such statement in the specified article. Nevertheless, the Ukrainian Union of Industrialists and Entrepreneurs continues to assert that almost a third of Ukrainian chemical industry enterprises were forced to stop production due to high gas prices.

“According to numerous reports from glass manufacturers in December 2021, almost a third of the industry's enterprises stopped in production. Minimum operation of specialized melting furnaces is maintained, but there is no output at the output. The risk is that such enterprises will not be able to resume work in the event of a shutdown, ”the USPP said in a statement.

Финансовая аналитика, прогнозы цен на сталь, железную руду, уголь и другие сырьевые товары. More news and analytics on Metallurgprom telegram channel - subscribe to get up-to-date market information and price forecasts faster than others.
Сomments
Add a comment
Сomments (0)
On this topic
Cherkasy "Azot" shipped more than 100 tons of medical oxygen to hospitals
Severodonetsk Azot Group DF increased the production of mineral fertilizers by one and a half times
Dmitry Firtash's businesses continue to operate normally despite sanctions - Group DF
How the reform of the electricity market in Ukraine can lead to a collapse and what to do about it
The fire at Severodonetsk Azot was extinguished by the enterprise
A chapel was opened and consecrated at the enterprise of Dmitry Firtash in Cherkassy
Recommended:
An explosion of unknown origin occurred at a metallurgical plant in the Orenburg region of the Russian Federation
Metinvest to carry out planned repairs at Italian rolling mills two months earlier
Zaporizhstal started steel smelting and is preparing to launch rolling mills
News Analytics
China spent more than $6 billion on Russian energy imports in April21-05-2022, 13:00
Lithium mining in Chile's Atacama sparks controversy over flamingo habitat20-05-2022, 12:33
Europeans have sharply reduced the purchase of new cars20-05-2022, 08:34
Installed renewable energy capacity in China skyrockets in first four months of20-05-2022, 08:18
Martina Merz will continue to lead the German ThyssenKrupp until March 202820-05-2022, 08:50
US steel market sentiment becomes more price neutral05-05-2022, 10:15
The global high-strength steel market will grow steadily by 5% annually for the04-05-2022, 08:45
China steel inventories hit 13-month high amid COVID-19 outbreak30-04-2022, 16:38
Slowdown in global auto sector affects steel prices27-04-2022, 12:36
World alumina production reaches a record 138 million tons21-04-2022, 09:54
Sign in with: