Such a large volume of contracted orders creates the necessary conditions for the stable development of the plant, making a profit, fulfilling all social obligations to employees and improving their well-being. 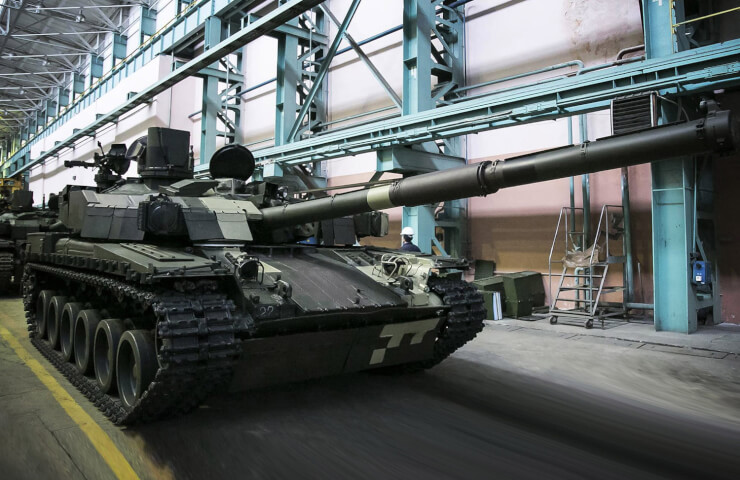 The State Enterprise Plant named after V. A. Malyshev, which is part of Ukroboronprom, announced a record volume of orders for armored vehicles over the past three years, the total amount of which at the beginning of 2022 exceeded UAH 3.4 billion.

Thanks to fruitful cooperation with Ukrspetsexport, which is part of the state defense concern, the order for the repair of the fleet of T-80UD tanks continues. This $85.6 million contract was signed in February 2021 with the Islamic Republic of Pakistan.

Last year, Ukroboronprom and Ukrspetsexport made considerable efforts to return to the arms market of this country, which is one of the strategic ones. As a result, the plant Malysheva received additional contracts totaling more than $32 million as part of Ukraine's military-technical partnership with Pakistan in the armored industry.

At present, the marketing and sales department of the enterprise has audited all proposals from business partners for the maximum load of the plant named after. Malyshev with profitable orders for the production of military and civilian products. We are talking about resuming the production of caterpillar tracks for the BMP-1/2, increasing the production of hulls for the BTR-4 and upgrading the T-64 tank to the T-64BM-2 type together with the Kharkov Armored Plant.

The possibility of producing Dozor armored personnel carriers at the plant, obtaining direct orders from the Ministry of Defense of Ukraine for the supply of spare parts for armored vehicles are also being considered, the issue of updating the production of BTR-4, etc. is being considered.

In addition, the management of the enterprise is implementing programs to optimize the production and management structure of the plant, attract new employees and create new jobs for working professions.

“The current year for the plant named after. Malysheva should be a turning point. Over the past three years, for the first time we have such a large volume of contracted orders. This creates the necessary conditions for stable development, profit, fulfillment of all social obligations to employees and improvement of their well-being. Restoring the high prestige of the plant among partners and customers in Ukraine and the world is our main goal and priority,” says Oleg Vinnik, General Director of the enterprise.