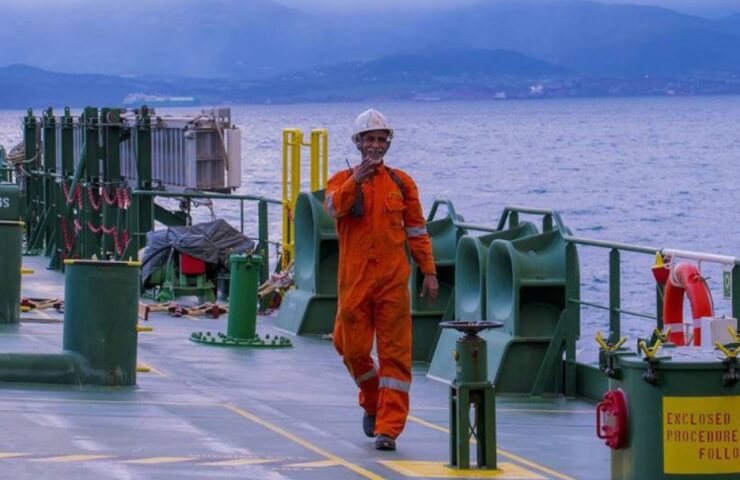 ILO Director-General Guy Ryder and IMO Secretary-General Kitak Lim sent a letter to the heads of the Office of the United Nations High Commissioner for Refugees, the International Committee of the Red Cross and Médecins Sans Frontières.

In it, they described the plight of the sailors of more than a hundred merchant ships, who cannot leave the ports of Ukraine and nearby waters. According to the IMO, up to 1,000 sailors were trapped, including those in the besieged Mariupol and on ships in the Sea of ​​Azov. In this regard, the heads of the ILO and IMO call on the parties to the conflict to conclude a truce.

“Many ships are running out of food, fuel, drinking water and other vital supplies,” the letter says. “The current dangerous situation threatens the health and well-being of seafarers from many countries.”

In March, the ILO Governing Body adopted a resolution calling on the Russian Federation to "immediately and unconditionally stop aggression against Ukraine."

Финансовая аналитика, прогнозы цен на сталь, железную руду, уголь и другие сырьевые товары. More news and analytics on Metallurgprom telegram channel - subscribe to get up-to-date market information and price forecasts faster than others.
Сomments
Add a comment
Сomments (0)
On this topic
Prospects for ship repair in Ukraine
India intends to capture 60% of market utilization of military and civilian ships
Ukraine prevented Russia's blockade of its Black Sea ports
All vessels involved in the construction of Nord Stream-2 returned to the port of Kaliningrad
The first non-self-propelled vessel of the modernized V5000M project set off for a voyage
The laying of the Nord Stream 2 gas pipeline began in Danish waters
Recommended:
Carriage building plant in Kremenchug stopped production due to debts
JSW Steel, ArcelorMittal and NLMK may buy two Liberty Steel plants in Belgium
Steel production in China rose in the first decade of January
News Analytics
The United States refused to comply with the decision of the WTO on tariffs on29-01-2023, 20:08
China remains the world leader in shipbuilding with a 50% share of new shipyard29-01-2023, 12:35
Prices for metal products in Ukraine increased by 26% last year29-01-2023, 12:06
JSW Steel, ArcelorMittal and NLMK may buy two Liberty Steel plants in Belgium29-01-2023, 12:12
British scientists have found a way to cut CO2 emissions from steel production28-01-2023, 23:49
S&P: Russia will continue to dominate the steel export market in the Black05-01-2023, 11:22
Fitch Analysts Predict Big Drop in Global Steel Consumption This Year14-12-2022, 13:59
Analysts predict 5% annual growth in the iron casting market through 203006-12-2022, 12:44
Commodity prices will fall, metals quotes will rise slightly - Focus Economics28-11-2022, 13:28
Platinum market to face shortage next year - WPIC22-11-2022, 18:25
Sign in with: