According to Lucio Genovese, non-executive chairman of Ferrexpo, the financial results announced today reflect "an unprecedented period in the history of Ukraine and Ferrexpo". 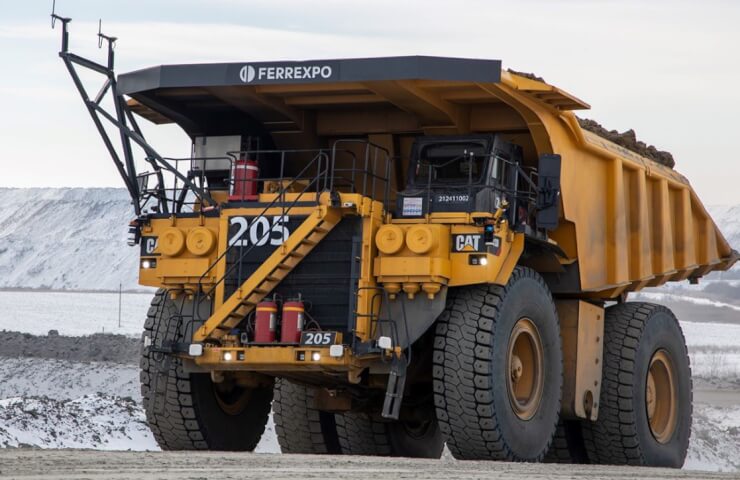 Revenue of the Swiss iron ore company Ferrexpo, which controls the Poltava and Yeristovskiy mining and processing plants of Ukraine, decreased by 31% to $936 million in the first half of 2022 as a result of lower production and tightening market conditions.

First half of 2022 profit after tax decreased by 88% to $82 million, reflecting the realization of an impairment charge of $254 million during the reporting period.

Capital investment of US$102 million over the period, with the group continuing to invest in projects that provide short-term benefits.

Despite the ongoing conflict in Ukraine, the group continues to invest in the future, pushing both short-term projects to completion, such as the group's recently completed medium and fine crushing plant, and the development of longer-term projects, such as the development of stripping operations at the group's third mine, Belanovo, which continues despite current conditions. The group's main capital investment program, the 1st Wave Expansion Project, which will add another three million tons of annual pellet production, is still on hold but will resume once the risk of conflict the group is facing subsides,” said Lucio Genovese, non-executive chairman of Ferrexpo.

Ferrexpo is an iron ore company with assets in Ukraine. Fevamotinico S.a.r.l., controlled by Konstantin Zhevago, owns 50% of Ferrexpo, BlackRock owns 6.74%. Ferrexpo owns 100% of the shares of Poltava GOK, 100% of Eristovsky GOK and 99.9% of Belanovsky GOK.

Финансовая аналитика, прогнозы цен на сталь, железную руду, уголь и другие сырьевые товары. More news and analytics on Metallurgprom telegram channel - subscribe to get up-to-date market information and price forecasts faster than others.
Сomments
Add a comment
Сomments (0)
On this topic
Ferrexpo increased total pellet production by 7.4%
Mining company Zhevago has invested in the Ukrainian assets of about 6 billion UAH
Interpipe has improved its financial results due to growth in demand for railway products
Ferrexpo increased its net profit by 37.1% in 2021
Ferrexpo expects volatility in the iron ore market and postpones the payment of dividends
Ferrexpo's 2020 revenue grows 13% to $ 1.7 billion
Recommended:
Battery output in China rose significantly in August
Turkey in January-July increased imports of pig iron by 46.7%, tripling purchases in Russia
EU Commission not doing enough to save aluminum industry - associations
News Analytics
Tata Steel merger plan to secure long-term profits03-10-2022, 10:46
US hydrogen prices to drop to zero dollars per kg in 5 to 6 years: Platts02-10-2022, 21:53
The production of passenger cars in Russia decreased by 2.8 times in eight29-09-2022, 11:19
Donetsk and Torez electrotechnical plants will start producing electrical29-09-2022, 11:37
Ukrainian coking plants reduced gross coke production by 55.2%29-09-2022, 11:28
China production cuts in winter will give limited boost to steel markets -15-09-2022, 10:09
Steel prices may rise as manufacturers stop production11-09-2022, 14:06
IREPAS: The global long products market is in a "dramatic situation"10-09-2022, 20:49
Steel prices are unlikely to rise significantly in the near future - analysts02-09-2022, 22:58
Steel prices may move up on new data from China31-08-2022, 12:19
Sign in with: