The security service of Ukrzaliznytsia and law enforcement officers exposed an illegal cryptocurrency mining farm at the company's premises in the Zhytomyr region. 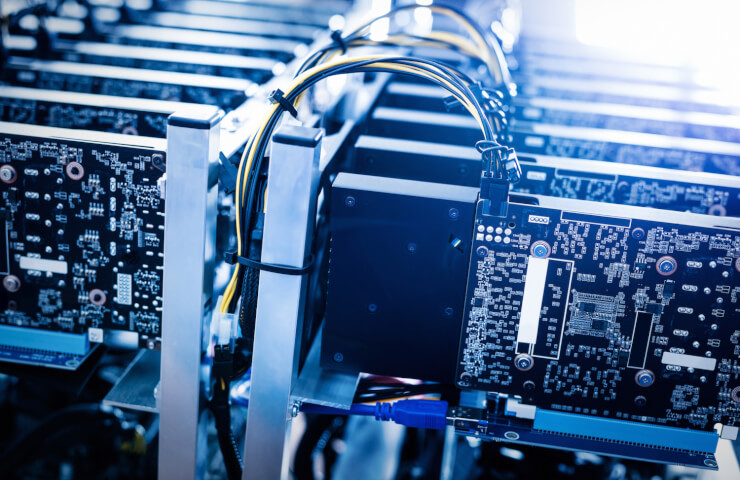 In one of the premises of Ukrzaliznytsia, law enforcement officers discovered an illegal farm for cryptocurrency mining. It was connected to the power grids of the railway company, which caused damage to the state for 1.7 million hryvnias.

According to the materials of the investigation, officials of Ukrzaliznytsia, having entered into a criminal conspiracy with another citizen, organized the illegal extraction of cryptographic currency using the computer equipment of a state-owned enterprise, as well as the illegal extraction of significant amounts of electricity from the networks of a state-owned company.

As part of the investigation, a search was conducted at the location of the mining farm in the Zhytomyr region, during which computer equipment was found and seized, which was used to mine cryptographic currency. In particular, 60 video cards with power supplies for them, a hard drive and 2 Internet receivers.

Also, during the search, the fact of illegal connection of equipment to the power grid of Ukrzaliznytsia JSC was recorded.

Investigative actions in criminal proceedings are ongoing. Pre-trial investigation is carried out under Part 4 of Art. 191 of the Criminal Code of Ukraine (appropriation, embezzlement or possession of property by abuse of official position, committed on a large scale).

Финансовая аналитика, прогнозы цен на сталь, железную руду, уголь и другие сырьевые товары. More news and analytics on Metallurgprom telegram channel - subscribe to get up-to-date market information and price forecasts faster than others.
Сomments
Add a comment
Сomments (0)
On this topic
The Zaporozhye Ferroalloy Plant explained why they decided to mine cryptocurrency
The National Police exposed the criminal scheme of embezzlement of funds of the state enterprise
For illegal mining in Ukraine, you can now go to prison for 8 years
The National Police of Ukraine told about the searches at one of the enterprises of Ukrzaliznytsia
Kosovo bitcoin miners sell equipment after government ban
Volynugol was fined 430 million hryvnia for illegal coal mining
Recommended:
The European Council added the violation of restrictive measures (sanctions) to the list of EU crimes
EU extends anti-dumping duties on cold rolled steel from China and Russia
The pipe metallurgical plant in Nikopol continued to work after a short stop
News Analytics
Metinvest enterprises in Ukraine resumed work after massive shelling of29-11-2022, 11:59
The European Council added the violation of restrictive measures (sanctions) to28-11-2022, 14:22
The abolition of export duty in India may reduce the price of Turkish steel28-11-2022, 14:07
Australia and the UK aim to catch up and overtake China in the battery metal26-11-2022, 22:37
The United States imposed a ban on the import and sale of equipment from26-11-2022, 22:31
Commodity prices will fall, metals quotes will rise slightly - Focus Economics28-11-2022, 13:28
Platinum market to face shortage next year - WPIC22-11-2022, 18:25
Global steel demand falls and will fall by 2.3% in 2022: WorldSteel19-10-2022, 23:12
Iron ore prices fall to 11-month low15-10-2022, 10:36
China production cuts in winter will give limited boost to steel markets -15-09-2022, 10:09
Sign in with: