Ukrzaliznytsia in the next year will build eurokolia in Western Ukraine

According to Yevgeny Kravtsov, this solution trains from Europe will be able without loss of time to replace the trucks drive to the city. 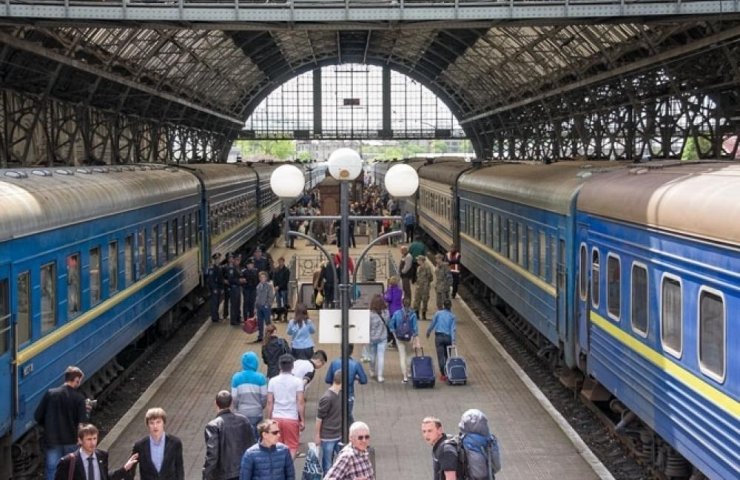 Combined gauge 1520/1435 mm station Mostiska of Lviv will open new opportunities for passengers and boost the transport and tourism potential of Ukraine. "Ukrzaliznytsya" it plans to build next year. This was announced by the Chairman of the Board of JSC "Ukrzaliznytsya" Evgeny Kravtsov during the trip to the station Mostyska.

"3.5 hours plus to Krakow from Lviv to Europe by high-speed trains. Know what talking about it the last 10 years. But we will do it for a year. Not announced in advance, but today was personally convinced that the project, which was still only on paper can become real. In a year Ukrainians will be able to obtain direct connections from the centre of Lviv, Krakow, Prague, Vienna," - said the head of the company on his Facebook page.

According to Yevgeny Kravtsov, this solution trains from Europe will be able without loss of time for replacement trucks to get to Lviv, namely to the train station Sknilov.

"a Few years wide track, our trains run in Przemysl. This station in Poland has become a popular railway hub between Ukraine and other countries of Europe. The construction of the adjacent road from the border with Poland will make the station Sknilov international rail hub", - said the head of "Railways".

Evgeny Kravtsov said that the station Sknilov selected for the development of the hub, to avoid overload of the station Lviv, through which go virtually all domestic trains.

"unfortunately, Ukraine has a different width of railway tracks with its neighbours in the West. To change our track to European is impossible, because it will cost billions of dollars. Instead, we look for other options of integration infrastructures. And this is one of them. I am sure that it will be the infrastructure project in the West of Ukraine", - he concluded.

In the whole complex of works necessary to lay 69,8 km combined gauge 1435/1520 mm to build the 3.1 km of 1435 mm, to perform at 58.2 km of extension, the pad of cloth, to conduct a comprehensive repair of 9.5 km of the existing combined gauge and reconstruction of 8 stations, to perform reconstruction and modernization of electricity infrastructure to build the infrastructure of the station Sknilov 1435 mm.

in addition, for the comfort of passengers Ukrzaliznytsya plans between Sknilow, the airport and the Central railway station of the city run more and Express.

Section II Mostiska - Lviv is included in the "Cretan" international transport corridor No. 3 (Berlin-Wroclaw-Lviv-Kyiv). Now the way to 1520 mm takes place from the Ukraine to the station in Przemysl (Poland), Evrokoliya from Przemysl to the station I Mostiska (Ukraine).

Recommended:
Steel consumption is growing in Ukraine amid falling imports
Aleksandr Yaroslavskyy's DCH group will open the first in Kharkov legal casino
France and Ukraine to launch the project to upgrade drinking water supply system in the city of Mariupol
On this topic
Top Manager kvsz called calls privacy office minifrastruktury to Hyundai "unpatriotic"
What is the difference between shipyard Poland, China and Ukraine in the opinion of the Dutch
Ukrzaliznytsia puts 100% of all orders of services in freight transport in ProZorro
A new lawsuit for "Gazprom": what does "Naftogaz" in the Stockholm arbitration?
The head of the Ministry of Economic Development of Ukraine has piled one more thing that worries
In Kharkov, the metro station "Moskovsky Prospekt" was renamed into "Turboatom"
Add a comment
Сomments (0)
News Analytics
DMZ reduced air emissions by one third09-08-2020, 10:56
"Metinvest " in May increased revenue by 13.6% versus April, debt increased by04-08-2020, 18:49
Metinvest's Kryvyi Rih GOKs will pay double taxes to the local budget until01-08-2020, 14:16
US Steel will not restart blast furnaces in Indiana until the end of this year01-08-2020, 14:02
ThyssenKrupp closed the deal for the sale of the elevator business01-08-2020, 13:53
Steel begins to lose the battle with the aluminium due to the growing27-07-2020, 17:08
Gold may reach a record high in 201114-07-2020, 12:47
Steel prices in southern Europe are rising, despite weak demand23-06-2020, 10:54
Analysts expect strong demand growth for steel in China10-06-2020, 11:57
Global steel consumption in 2020 will be reduced by 6.4% - Worldsteel04-06-2020, 13:53
Sign in with: