Part of the money for this project will be allocated by the South Korean engineering corporation Hyundai. 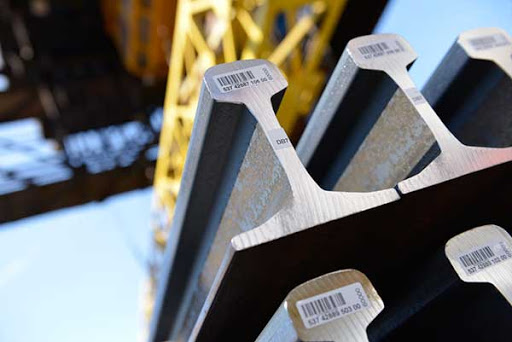 The Ministry of Infrastructure of Ukraine in 2021 plans to start work on a project for the implementation in Ukraine of a high-speed railway network of the European format with a width of 1435 mm.

“These are four sections with a total length of almost 2 thousand kilometers of railway track. The first section is Kiev-Lviv and the border, 896 km, and we are already starting to build and prepare one of these stages this year, "said Minister of Infrastructure Vladislav Krykliy during the Ukraine 30. Infrastructure All-Ukrainian Forum on Monday. </P >

South Korean Engineering Corporation Hyundai will allocate $ 2 million in grant funds for the development of a pre-feasibility study for the construction of a high-speed rail network.

Within the framework of the project for the construction of a new railway in Ukraine, it is also planned to purchase 39 high-speed trains.

As reported, the Ministry of Infrastructure of Ukraine in 2021 will begin work on the construction of a Euro-track in Ukraine; Ukraine's integration into European railway networks is planned by 2025.

Earlier in the Ministry of Infrastructure promised to start construction of the Euro track in 2020 to the station Mostyskaya in Lviv. However, nothing was built.

The width of 1435 mm is the so-called Stephenson track. Named after the English engineer John Stephenson, the inventor of the steam locomotive. Today, more than 60% of the world's railways have the Stephenson gauge. It is also called "European " and "international " track. Importantly, this standard is dominant in Europe, USA and China.

Recommended:
UN will help post-Soviet countries to reduce greenhouse gas emissions in the construction sector
Oleg Gladkovsky's corporation "Bogdan Motors" is suing the People's Deputy of the Verkhovna Rada
China Industrial Profits Up 137% In Q1
On this topic
The European Union has opposed the adoption of Ukraine's law on localization of production
Yuzhmash told whether it is possible to launch reusable rockets from the Black Sea
The Ministry of infrastructure of Ukraine invited the U.S. companies to participate in concession
Railways in 2020 will buy the 40 locomotives General Electric
Ukrainian carriers will receive an additional 5000 Polish permissions
Ukrzaliznytsia in the next year will build eurokolia in Western Ukraine
Add a comment
Сomments (0)
News Analytics
АрселорМиттал Темиртау заплатит по 10000 тенге всем работникам привившимся от18-05-2021, 13:35
Steel raw material prices are skyrocketing across the board18-05-2021, 12:34
Interpipe has mastered a new type of railway wheels for Deutsche Bahn passenger18-05-2021, 12:11
Ukraine at the beginning of 2021 increased foreign exchange earnings from the18-05-2021, 11:03
The National Police of Ukraine told about the searches at one of the18-05-2021, 11:51
Steel raw material prices are skyrocketing across the board18-05-2021, 12:34
The current state of the market is ideal for the sale of rolled steel - IREPAS04-05-2021, 18:41
Global hydrogen demand to grow 7-fold by 2070 - PwC21-04-2021, 12:31
World Steel Association predicts a good year for metallurgists15-04-2021, 18:19
World Steel Association defines green steel and its variations12-04-2021, 13:14
Sign in with: