Implementation of the projects allowed to reduce CO2 emissions by 40% and reduce gas consumption by 27.5%. 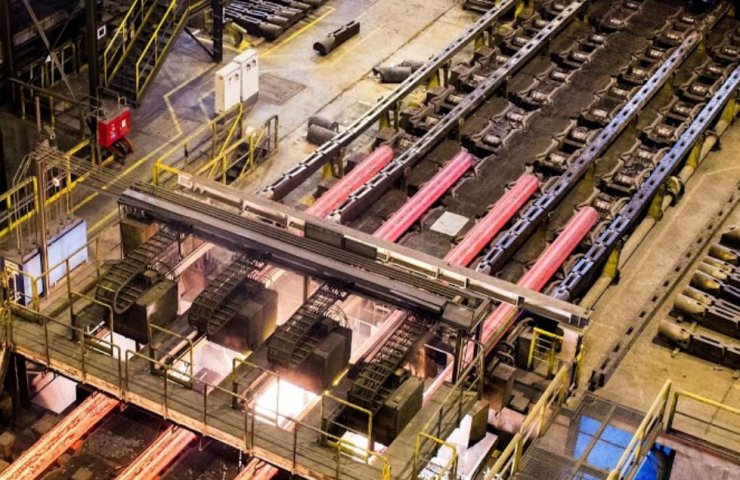 Nizhnedneprovsk pipe plant INTERPIPE NTRP joined the "Comprehensive program of environmental safety and sustainable development of the city of Dnipro for 2021-2025", which was adopted at the session of the city council in late January.

Sergey Kostenko, Chairman of the Board of Interpipe NTZ:

- Over the past 7 years, Interpipe NTRP has allocated about UAH 84 million for the implementation of environmental projects. Key areas of work are reducing CO2 emissions and increasing energy efficiency of production. The implementation of the projects made it possible to reduce CO2 emissions by 40% and reduce gas consumption by 27.5%. We are not planning to stop there. We have developed a program of environmental activities for the next 5 years. In addition, all investment projects that we are implementing necessarily include an environmental component.

After the closure of open-hearth production and the launch of the innovative electric steel-making complex INTERPIPE STEEL in 2012, the main areas of environmental modernization at Interpipe NTRP are:

So, Interpipe NTRP has switched from centralized steam supply to local sources of steam generation. Now for technological needs, modern steam generators are used, which are installed directly in the workshops.

The heating system was modernized at the enterprise: modern modular boiler houses were installed instead of energy-consuming old boilers.

In 2012, a large environmental project was implemented at Interpipe NTRP, which made it possible to completely abandon the discharge of process water into the Dnieper River. At the moment, industrial storm water is returning to the technological cycle. For this, a pumping and filtering station (NFS) was built at Interpipe NTRP, which is the starting point of the water purification process.

The whole process looks like this: the process water, which was contaminated during the production of pipes and wheels, enters the clarifier pond, settles there and is transferred to the pumping and filtering station, where the purification process takes place using reagents - coagulant and flooculant. Water is purified and then reused in the technological cycle. Now water is taken from the river only for cooling and feeding the system.

In 2020, for a more rational use of water resources at the plant, a project began to build an additional cooling tower, which will reduce the consumption of water from the Dnieper by cooling the water circulating in the LFS system.

Interpipe is a Ukrainian industrial company, manufacturer of seamless pipes and railway wheels. The company's products are supplied to more than 80 countries of the world through a network of sales offices located in key markets of the CIS, the Middle East, North America and Europe. In 2020, Interpipe sold 662 thousand tons of finished products, including 192 thousand tons of railway products. Railway products are sold under the KLW brand.

Interpipe employs 11 thousand people. In 2020, the Company transferred UAH 2.54 billion to the budgets of all levels.

Recommended:
Okean shipyard restores dry dock performance
Zaporizhstal transfers medical oxygen to help Zaporizhzhya hospitals
Energoatom ordered a condenser from Turboatom worth 0.5 billion hryvnia for Zaporizhzhya NPP
On this topic
The price of electricity for Ukrainian metallurgists turned out to be twice as high as for French
A draft National Energy Efficiency Action Plan appeared in Ukraine
ArcelorMittal Kryvyi Rih invests $ 700 million in environmental related projects
The Bank of Rinat Akhmetov joined the program "Affordable loans 5-7-9%"
"Arcelor Mittal Krivoy Rog" promised to close blast furnace No. 7 to the end of the year
Tender announced for construction of two bridges across the Dnieper in Zaporizhia
Add a comment
Сomments (0)
News Analytics
Electrotyazhmash was allowed to overhaul the rolling stock of Ukrzaliznytsia21-04-2021, 16:17
Dniprostal-Energo initiates an auction for the purchase of electricity on the21-04-2021, 16:08
Zaporizhstal donated a new oxygen station to the Zaporizhzhya Regional21-04-2021, 15:11
Brazil is interested in the production capabilities of Yuzhmash21-04-2021, 14:35
Energoatom ordered a condenser from Turboatom worth 0.5 billion hryvnia for21-04-2021, 14:28
Global hydrogen demand to grow 7-fold by 2070 - PwC21-04-2021, 12:31
World Steel Association predicts a good year for metallurgists15-04-2021, 18:19
World Steel Association defines green steel and its variations12-04-2021, 13:14
China unlikely to cut steel capacity in 2021 due to high steel prices07-04-2021, 12:11
Scrap metal market at the beginning of April02-04-2021, 11:10
Sign in with: