General sales agent Ukrainian the aircraft company I worked in that capacity for three years. 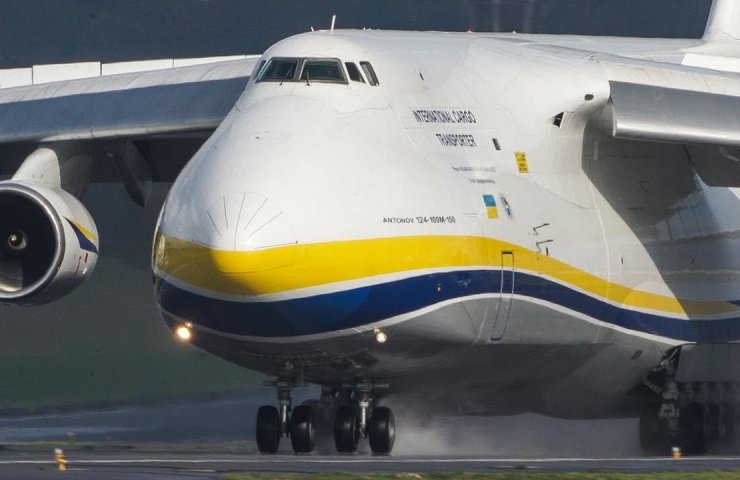 State enterprise "Antonov" announced that term is signed in 2016, the current contract with General sales agent - company "Dreamlifts Ltd" to provide services for the transport aircraft an-124-100, An-225 and An-22 coming to an end on 29 February 2020 and will not be renewed.

"the User Dreamlifts decided not to renew the cooperation with the Antonov company after the expiration of the current contract. They have a right to it," - said the Director of "Antonov Airlines" Mikhail Kharchenko.

airline noted that during the entire period of cooperation Dreamlifts invariably demonstrated competence in working in the market of air transportation of heavy and bulky cargo. The company expressed gratitude Dreamlifts "for significant contributions to the development of this effective cooperation in providing services to customers "Antonov Airlines" around the world, which lasted more than three years."

"Antonov Airlines" with headquarters in Kiev will continue the operation of these unique cargo aircraft and to ensure their work in the global market. The company plans to develop the business, using internal sources, and inviting the cooperation of the international well known experienced professionals who have many years of cooperating with Antonov company to establish a presence in the market of aviatransportations superheavy and bulky goods worldwide.

"Antonov Airlines will continue to offer the services of a reliable Park of planes An-124, which have elongated properly the resources. We are ready to work with existing and potential customers and see a successful future with them", - said Kharchenko.

Future plans of the company commented the commercial Director of airline Andrey Blahovisnyk:

"the Experienced Ukrainian team of commercial specialists will carry out the sale of services of the aircraft fleet of the airline's An-124-100, An-225, An-22, An-26 and An-74 on the world market. Customers of GP "Antonov", as before, will provide high-quality services based on profound knowledge and competence of employees at the main office of the airline. We expect a smooth transition for our customers and the continuation of flexible and personal service for existing and future contracts."

Antonov is a Ukrainian state enterprise, the main field of activity is development, manufacture and repair of aircraft series "the Academy". Included in the state concern "Ukroboronprom".

Recommended:
Ferrexpo Announces Additional Special Interim Dividends Again
Mariupol plans to receive 250 million hryvnia investments from Turkey
"Antonov " intends to enter production of 12 An-178 aircraft per year from 2023 - President of the State Enterprise
On this topic
NATO expressed gratitude to the state enterprise "ANTONOV" for the work in the framework of SALIS
In the canadian office of ICAO, a model of the Ukrainian aircraft An-225 "Mriya"
The Ministry of economy of Ukraine held a meeting on the issues of mining and metallurgical complex
In ANTONOV commented on the incident with An-124 at the airport of Ostend
Ukraine needs 16 billion dollars of investment in infrastructure and grain storage
"Antonov" and "KLEYNOD" will create a collection of designer hours
Add a comment
Сomments (0)
News Analytics
Indian state steel company to sell non-core assets19-09-2020, 18:50
Largest US steel company to lose $ 100 million in Q319-09-2020, 18:50
UN experts believe that the worst-case scenario for the Ukrainian economy can19-09-2020, 18:47
KZhRK miners' strike threatens with loss of sales markets without prospects of16-09-2020, 21:51
Privatization of the alcohol industry has started in Ukraine16-09-2020, 14:56
Iron ore prices to surpass six-year high soon16-09-2020, 10:32
World Oil Demand Peak May Be Over - BP15-09-2020, 09:05
China expands car market capacity by increasing demand for steel and metals11-09-2020, 10:56
Prices continue to rise in the long and flat steel markets08-09-2020, 14:25
Difference between ferrous and non-ferrous metal28-08-2020, 13:45
Sign in with: