Due to the historically existing dependence on Russian components, the An-178 is the only nearest ready-made serial production today. 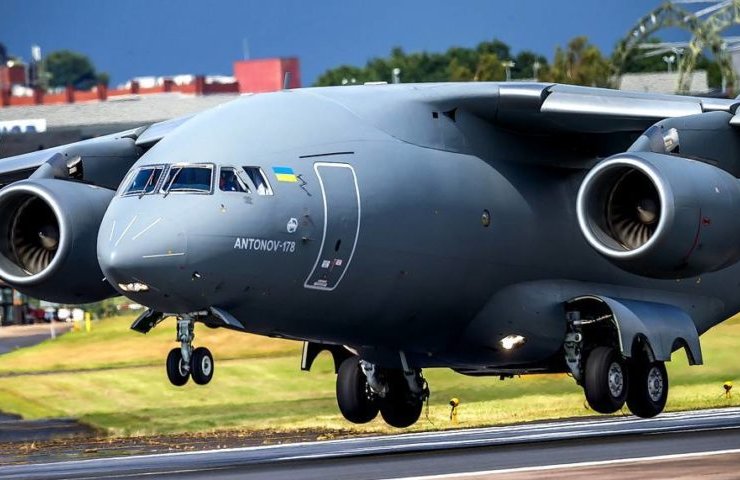 The state enterprise "Antonov " in 2021 intends to enter the final stage, in terms of testing and certification, the creation of a new configuration of the medium transport aircraft AN-178 - without Russian components, the president of the state enterprise Alexander Los said in an interview with "Economic truth ".

"Starting from January 1, 2023, while simultaneously developing the financial component, markets, and processing government orders from Ukrainian companies, we must reach the rate of 12 AN-178 aircraft per year, " he said.

"This is what we see from the potential marketing analysis, which is necessary for the state authorities of Ukraine and meets the intentions that we hear from our potential customers, " added the President of the State Enterprise.

Los explained that due to the historically existing dependence on Russian components, the An-178 is the only nearest ready-made serial production today. "It will be followed by the passenger An-158, since they are related in terms of equipment. We are also starting to work on the aircraft, which has the working name An-188, " said the president of "Antonova ".

According to him, three An-148 and 10 An-158 aircraft are currently in the Antonov serial production shops at different stages of readiness.

The President of the State Enterprise said that currently the work of "Antonov " is complicated by the coronavirus, but the plans are being implemented. "As soon as I tried to increase the number of employees working in the workplace, the number of cases immediately increased, " Elk said, adding that the chief engineer of the enterprise had had a coronavirus.

According to Elk, the state-owned enterprise receives about 80% of its income from Antonov Airlines, from whose fleet seven aircraft An-124-100 and their modifications (carrying capacity 150 tons), An-225 (250 tons) and An-22A (60 tons).

Recommended:
Tesla Announces $ 5 Billion Additional Share Issue
Toyota and Dentsu team up to improve marketing strategy
Mine "Nadezhda" does not ship previously paid coal - statement of "Centrenergo"
On this topic
In Ukraine created the working group on the revival of domestic aviation industry
SE "ANTONOV" announced the beginning of the assembly of the fuselage of the An-178 aircraft for Peru
Guide Dreamlifts Ltd decided not to renew the cooperation with the Antonov company
NATO expressed gratitude to the state enterprise "ANTONOV" for the work in the framework of SALIS
In the canadian office of ICAO, a model of the Ukrainian aircraft An-225 "Mriya"
"Antonov" and "KLEYNOD" will create a collection of designer hours
Add a comment
Сomments (0)
News Analytics
KZhRK miners' strike threatens with loss of sales markets without prospects of16-09-2020, 21:51
Privatization of the alcohol industry has started in Ukraine16-09-2020, 14:56
The head of KZHRK ordered preparations for the conservation of all four mines16-09-2020, 13:40
Toyota and Dentsu team up to improve marketing strategy16-09-2020, 10:16
Iron ore prices to surpass six-year high soon16-09-2020, 10:32
Iron ore prices to surpass six-year high soon16-09-2020, 10:32
World Oil Demand Peak May Be Over - BP15-09-2020, 09:05
China expands car market capacity by increasing demand for steel and metals11-09-2020, 10:56
Prices continue to rise in the long and flat steel markets08-09-2020, 14:25
Difference between ferrous and non-ferrous metal28-08-2020, 13:45
Sign in with: