In the conditions of aggravation of the epidemiological situation ArcelorMittal had reduced production levels at many of its plants around the world. 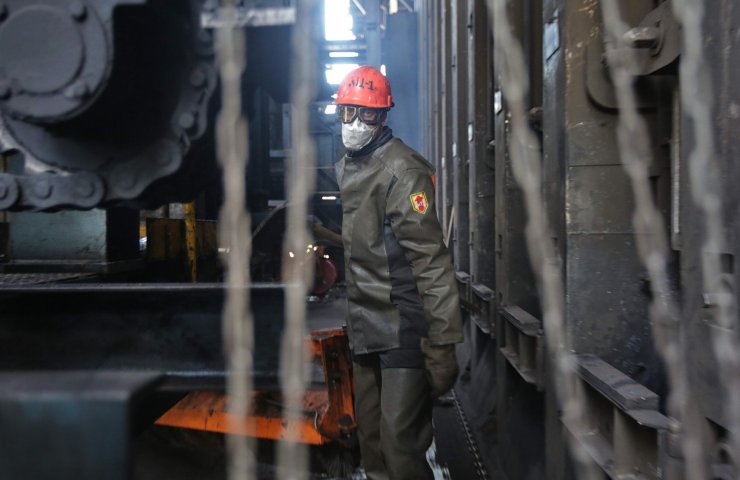 currently at the "ArcelorMittal Krivoy Rog" is almost completely stopped blooming-1, small-section mill No. 3 of the first bar mill, Central electrical laboratory and electrical repair shop. Some employees are on holiday, some running remotely.

As assured in the company, the company provides social protection for all workers, consistently paying wages and keeping benefits.

"top priority "ArcelorMittal Kryvyi Rih" is the life and health of employees, as well as peace and prosperity in the city. The company is monitoring the situation and taking all necessary decisions to ensure the safety of its employees and members of their families", - noted in the company.

Given the restrictions on the public transport service, considered the alternative options for the organization of work of the enterprise: the time offset for the beginning and end of the production shifts in the various divisions, as well as additional traffic.

"ArcelorMittal Kryvyi Rih" is the largest producer of rolled steel in Ukraine. Specializiruetsya in the production of long products, in particular rebar and wire rod.

Recommended:
Saudi Arabia plans to sequester budget by 20% to win a price war in the oil market
The Danube Commission has limited shipping on the Danube
Saudi Arabia called for an emergency meeting of OPEC+ after the call of the President of the United States of trump
On this topic
Central laboratory of PJSC "EMSS" successfully passed audit of the National accreditation Agency of
Ukrmetallurgprom Ukrzaliznytsya accused in abuse of monopoly position
«АрселорМиттал Кривой Рог» выплатит 13-ю зарплату 13 марта
Investments of AMKR in the development of production in 2019 exceeded $ 415 million
"ArcelorMittal Kryvyi Rih" has started hot testing solernou line at light-section mill No. 250-4
АрселорМиттал Кривой Рог опроверг заявления СБУ о превышении предельного уровня радиации
Add a comment
Сomments (0)
News Analytics
Saudi Arabia called for an emergency meeting of OPEC+ after the call of the02-04-2020, 21:12
Fitch Ratings forecasts a "deep global recession"02-04-2020, 16:33
Ukraine accepted the offer of the Mask on the free ventilators02-04-2020, 16:35
Vale: weak demand for steel will hit the price of ore02-04-2020, 13:58
Belarus buys oil in Russia at $ 4 per barrel02-04-2020, 12:49
Взгляд в будущее: водные ресурсы, смена климата и гидроэнергетика02-04-2020, 12:51
Coronavirus greatly distorted world markets of stainless steel31-03-2020, 15:01
BMW together with Japanese Toyota has created a hydrogen engine with an output31-03-2020, 12:22
Johnson & Johnson will begin testing a vaccine against the coronavirus in30-03-2020, 14:50
The company of Ukrainian businessman plans to deliver on the moon scientific26-03-2020, 11:15