Company warns of possible layoffs if the situation with the pandemic COVID-19 will not be taken under the control of national governments. 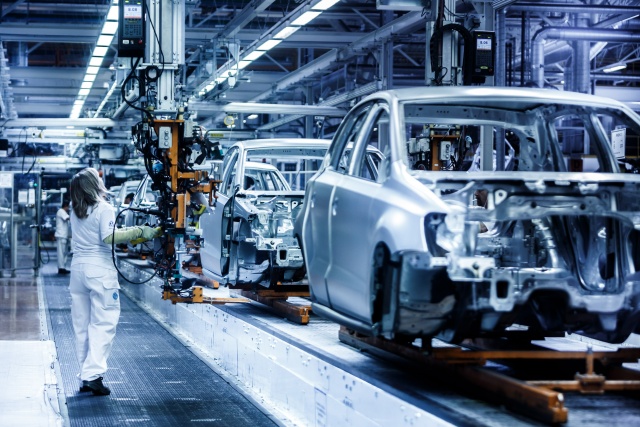 Sales of passenger cars in March decreased by 40%, said in an interview with German newspaper Boersen-Zeitung financial officer of carmaker Volkswagen Frank Witter.

the Company may have to cut jobs if the pandemic coronavirus will not be brought under control, because the automaker is losing about 2 billion euros (approximately $ 2.2 billion) a week, said Executive Director Herbert Diess, in an interview with German ZDF television.

"Only if we like China, Korea or other Asian States will take the issue under control, we will have a chance to pass the crisis without job losses. It requires a very sharp intervention," - said Diss.

VW, the world's largest automobile manufacturer by vehicle sales, has 124 plants all over the world, 72 of which are in Europe, and 28 - only in Germany. Earlier this month it suspended production in Europe because of the pandemic.

Previously coalsalesthat European steel companies are facing a sharp drop in demand from automakers. In the UK, which has closed 80% of autos in the country, the projected 50% drop in steel demand.

Recommended:
Mining companies in Peru plan to resume work in the coming days
Zimbabwe will undertake another attempt to revive steel industry
The company said depreciation of the Ukrainian power grids to 70%
On this topic
The European Central Bank does not believe the coronavirus a "catastrophe" for the economy
Europeans require billions of euros of compensation from VW
The Bundestag adopted the amendments to the Gas Directive for Nord stream 2
Volkswagen launched the production of electric vehicles costing less than 30,000 euros
Немецкий автопром готовится к обвалу?
Годовое общее собрание Voestalpine объявило дивиденды в размере 1,10 евро
Add a comment
Сomments (0)
News Analytics
Corum Group of Rinat Akhmetov and the Czech investment company signed a05-06-2020, 12:53
The coalition "enough is Enough grass Krivoy Rog" visited ArcelorMittal checking05-06-2020, 11:57
Reuters: US will punish all those involved in the construction of "Nord stream04-06-2020, 13:39
The Dnieper metallurgical plant launched blast furnace No. 204-06-2020, 12:41
The South Korean Prosecutor's office demands to arrest the Vice-President of04-06-2020, 11:06
Global steel consumption in 2020 will be reduced by 6.4% - Worldsteel04-06-2020, 13:53
American steelmakers are faced with an unexpected problem associated with the14-05-2020, 09:09
Relying on the incentives, Chinese steelmakers increase production30-04-2020, 10:20
The rapid recovery of the steel market in China leads to a drop in iron ore22-04-2020, 13:11
Platts: steel Market of China will not be able to recover until the second half20-04-2020, 12:25