The German automaker predicts continued chip shortages until the end of the year and plans to switch to direct contracts with chip makers. 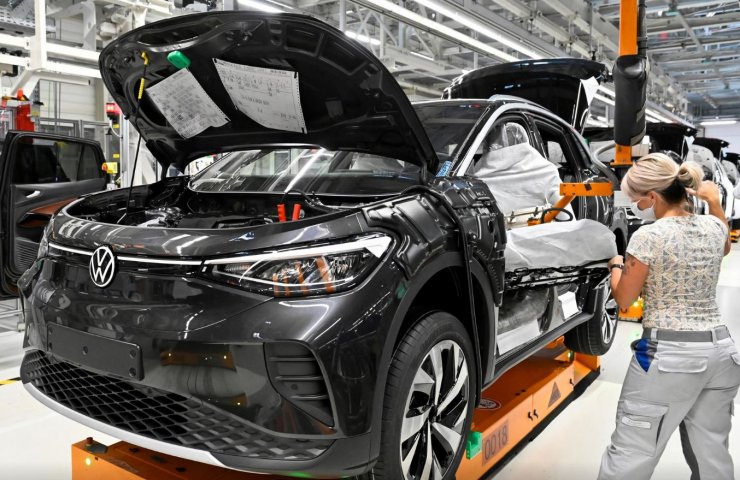 German car concern Volkswagen has been unable to build 100,000 vehicles due to the ongoing chip shortage that has hit the global auto sector this year, CEO Herbert Diess said, adding that Volkswagen will not be able to fully self-sufficiency in chips in 2021.

Diess, speaking at an annual press conference, said the automaker will secure future chip shipments through direct agreements with semiconductor suppliers, which represent a partial implementation of the strategic changes outlined earlier this year.

The head of Volkswagen also said that the company plans to more than double the supply of electric vehicles in 2021 - to 1 million units. In his opinion, this can help in reducing costs, since production of electric cars is much cheaper than with internal combustion engines.

In addition, the improvement in the financial profile is expected to be achieved by reducing fixed costs by 2 billion euros (5%) by 2023 compared to 2020, as well as reducing material costs by 7% over the same period.

To better deal with staff costs, Volkswagen on Sunday offered early or partial retirement for older employees, which sources say could cut up to 5,000 jobs in factories in Germany employing just over 100,000 people.

Recommended:
The United States will expand sanctions against Russia
UK denies financial aid to Liberty Steel
The European car market in February showed a record drop in the entire history of observations
On this topic
Trump's legacy - carmakers shut down factories over Chinese chip shortages
Yuzhmash told whether it is possible to launch reusable rockets from the Black Sea
How the reform of the electricity market in Ukraine can lead to a collapse and what to do about it
The future of electric vehicles is being shaped in China
Is the German auto industry preparing for a collapse?
Voestalpine AGM announces dividends of € 1.10
Add a comment
Сomments (0)
News Analytics
The construction of the Euro-track Chop-Uzhgorod will be financed from the14-04-2021, 14:24
UAE partners with Japan's iSpace to send Rashid rover to the moon in 202214-04-2021, 10:34
Uralvagonzavod put into operation 334 units of new equipment in 202014-04-2021, 09:44
Minister of Infrastructure of Ukraine invites Azerbaijan to invest in transport13-04-2021, 18:01
The head of the Suez Canal Authority announced the arrest of the container ship13-04-2021, 14:57
World Steel Association defines green steel and its variations12-04-2021, 13:14
China unlikely to cut steel capacity in 2021 due to high steel prices07-04-2021, 12:11
Scrap metal market at the beginning of April02-04-2021, 11:10
Rising Chinese Prices Fueled Rising Global Steel Prices - MEPS25-03-2021, 18:54
Weakening demand will negatively affect quotations of steel raw materials17-03-2021, 15:39
Sign in with: