Europeans require billions of euros of compensation from VW 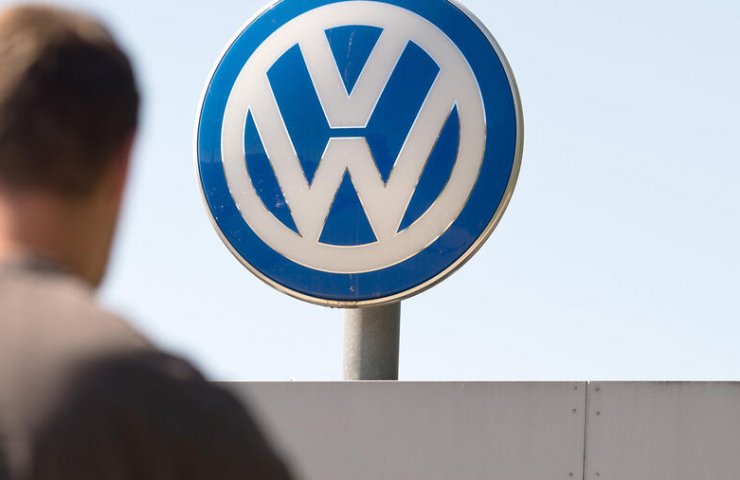 four years after a scandal with the manipulation of exhaust gases of the automaker's "Folkvagena", called the "deselect".

As reports Euronews, EU citizens still have not received compensation for this deception. To achieve justice is going Dutch Foundation, whose name reflected this goal. He gathered in Brussels for international experts and lawyers across Europe for the excitation of collective action against the German company.

the Lawyer Geert Lenssens announced the beginning of a pan-European legal action in each country against VW to cover losses of 8.5 million car owners:

"These people don't know exactly how many harmful and toxic substances to spew their diesel engines. But in the EU there is no common platform for the judiciary to resolve such disputes. But every car has a certificate of compliance - this document has information about the exhaust of the car."

"Because the certificate does not reflect the real emissions, it is invalid, said another lawyer, Laurent Arnaud. - The certificate is invalid, the vehicle cannot be sold, insured, or even to be on the road. A statement about this we came to the Belgian judge, and he revoked the sale of the car, which now needs to be taken back by the seller return the buyer value."

"the Foundation of justice for diesel emissions" found means for processing the huge number of lawsuits. With the affected owners, he does not take money.

"We started in the Netherlands in September 2019, and now continued in Belgium. On queue with many other member countries of the European Union, said the law Professor at the University in Paris Maria Azar-Bo. - I'm really optimistic about this process. It will help not only consumers to obtain compensation, but to the automaker deal with its past to this scandal in the rear view mirror Volkswagen, and he could go would be next."

Earlier it was reported that the citizens of the United States and Australia for similar claims received from Volkswagen a total of billions of dollars.

the Deselect— the biggest modern scandal in the automotive industry, flared up in 2015. The reason was the information about the integrity of automotive software, which the manufacturer dozens of times understated data on the number of harmful emissions into the atmosphere.

Prosecutors in Germany in the summer of 2019 presented to the former head of the Board of Directors Audi Rupert Stadler fraud charges in the controversial case of "disilicate". Another detainee in the summer of 2018, the head of the famous companies can get several years in prison for deliberate deception buyers of diesel cars.

the Company sold over 2015 - 2018, around 11 million diesel cars with the device of the misstatement on the exhaust. For the "desligada" followed by bans on the entry of old cars with diesel engines, introduced many major European cities, the increased critical attitude to this type of engine in General, as well as intensive discussion of the mass transition to electric vehicles.

Recommended:
Ukraine's GDP in the third quarter grew by 4.1%
The Verkhovna Rada of Ukraine supported the withdrawal of the scrap metal market out of the shadows
Rosstandart proposed to update the metallurgical Standards
On this topic
The deficit in Britain: the Brits are stocking up before Brexit
Volkswagen launched the production of electric vehicles costing less than 30,000 euros
Перспективы развития экономики и рынка стали в ЕС в 2019-2020
В Германии возмутились бюджетным финансированием закупки токсичных газов
Немецкий автопром готовится к обвалу?
Юристы нажились на «дизельгейте» Volkswagen на 1,77 миллиарда евро
Add a comment
Сomments (0)
News Analytics
Renault has reported a fall in sales of 3.4% in 201917-01-2020, 10:19
The President has received the resignation of the Prime Minister Goncharuk17-01-2020, 09:27
Volkswagen will buy 20% of Chinese battery manufacturer Guoxuan High-tech Co17-01-2020, 09:49
The Chinese economy in 2019 showed the weakest growth over the last 29 years17-01-2020, 08:20
The leaders of the Amazon formed an Alliance against the President of Brazil16-01-2020, 21:13
Denimex is implementing in Ukraine a recovery service locks drill pipes15-01-2020, 14:36
Pipes to dig up, no one will – the operator of Ukraine's GTS on the reduction14-01-2020, 15:11
The head of the Pentagon: concrete evidence that Iran is preparing attacks12-01-2020, 20:50
Iran could obtain nuclear weapons within 2 years10-01-2020, 15:02
CNN: Ukrainian airliner was shot down by Iran missiles surface-to-air Russian09-01-2020, 22:47