overall turnover of the port South in the first half of 2020 exceeded 10 million tons, which is almost two times more than in the same period last year. 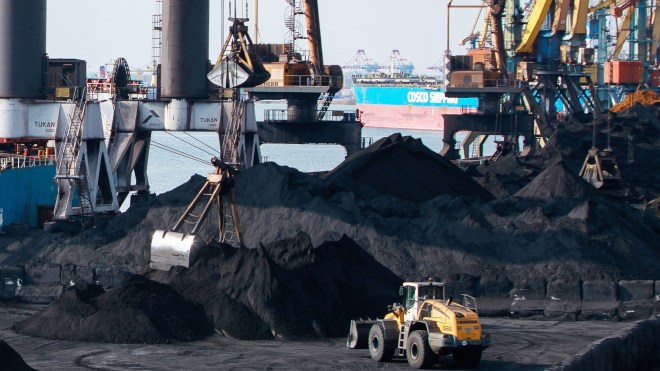 At the end of the first half of 2020 SE "Yuzhny commercial Sea port" increased turnover of up to 10.6 million tons. That's 58% more than the planned indicators and 61% higher compared to the same period last year. This was announced by the Minister of infrastructure of Ukraine Vladislav Crickley.

"in Spite of the pandemic and crisis, the Ukrainian ports continue to demonstrate excellent dynamics. In may, the growth of turnover of all the ports was more than 10%. In January-June the port "southern" shows an increase of more than 60%. From port efficiency affects the income of budgets, so our main task is to use the potential of ports 100%", - said the Minister of infrastructure.

the Volume of processed ore at the company amounted to 7 million 452,4 thousand tons. It's 80% more than has been done in the first half of 2019. The main raw material for steel imports coal, Nickel ore and bentonite clay.

"the First half of 2020 is an important period in the history of the Yuzhny port. We have begun to implement large-scale projects on modernization of transshipment facilities in the port. The staff of the enterprise consistently shows high results: the largest in the history of the port of South the monthly and quarterly handling, maximum processing performance of the gondolas. Increasing the income and improving the equipment we capitalize the company," said acting Director of GP "Sea trade port Yuzhny" Alexander Oleynik.

we will Remind, in may the port of the South set a new record for transshipment of goods – 2.1 million tons. It's 80% more than the same period last year and 86% above target.

Финансовая аналитика, прогнозы цен на сталь, железную руду, уголь и другие сырьевые товары. More news and analytics on Metallurgprom telegram channel - subscribe to get up-to-date market information and price forecasts faster than others.
Сomments
Add a comment
Сomments (0)
On this topic
Yuzhmash told whether it is possible to launch reusable rockets from the Black Sea
Sea container transportations in Ukraine has grown by 20 percent exceeding million TEU
Ukrainian seaports handled 66.1 million tons of cargo in 6 months of 2021
Ukrainian ports reached a record volume of transhipment cargo
Net profit of commercial port of Mariupol for half a year soared 58 times
Mariupol Commercial Sea Port doubled the transshipment of ferrous metals
Recommended:
Steel production in China rose in the first decade of January
Prices for metal products in Ukraine increased by 26% last year
Tata Steel: Great Britain will need more than 10 million tons of steel to gain energy independence
News Analytics
The United States refused to comply with the decision of the WTO on tariffs on29-01-2023, 20:08
China remains the world leader in shipbuilding with a 50% share of new shipyard29-01-2023, 12:35
Prices for metal products in Ukraine increased by 26% last year29-01-2023, 12:06
JSW Steel, ArcelorMittal and NLMK may buy two Liberty Steel plants in Belgium29-01-2023, 12:12
British scientists have found a way to cut CO2 emissions from steel production28-01-2023, 23:49
S&P: Russia will continue to dominate the steel export market in the Black05-01-2023, 11:22
Fitch Analysts Predict Big Drop in Global Steel Consumption This Year14-12-2022, 13:59
Analysts predict 5% annual growth in the iron casting market through 203006-12-2022, 12:44
Commodity prices will fall, metals quotes will rise slightly - Focus Economics28-11-2022, 13:28
Platinum market to face shortage next year - WPIC22-11-2022, 18:25
Sign in with: