The Commission revealed facts of violation of the procedure for processing documents for transferring inventory items to production units; accounting for the write-off and storage of goods and materials issued for production. 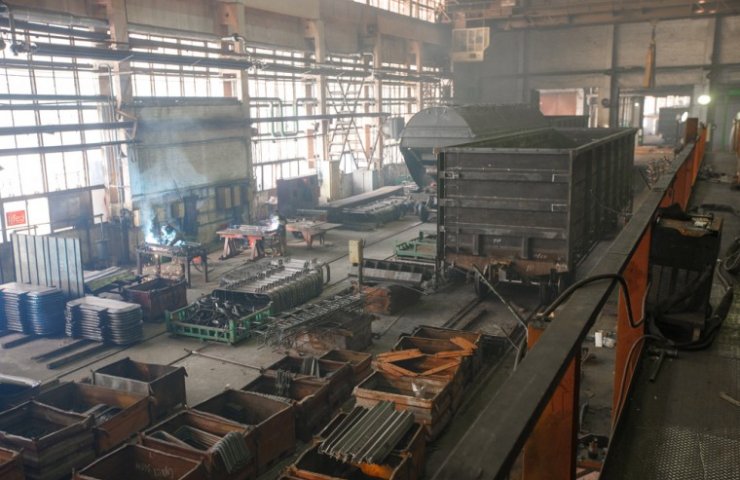 On November 19, an extended meeting was held at the Kryukovsky Carriage Works (KVSZ) with the participation of the Chairman of the Supervisory Board Vladimir Prikhodko. Members of the Supervisory Board and the Board, specialists from the corporate governance department, functional directors, heads of the main accounting department, production divisions, financial, legal and technical services, members of the trade union committee of the enterprise were invited to the conversation. The main topic is the publication and discussion of the results of investigations of cases of theft of inventory items revealed in the spring of this year.

“I ask everyone to listen carefully, participate in the discussion, draw conclusions,” Vladimir Prikhodko noted in his opening remarks. - This is a conversation about the economy of a joint-stock company, which suffered significant damage during a difficult crisis period. Stealing from an enterprise at a time like this is tantamount to selling tickets to a bomb shelter during a war. Today our goal is to find out the reasons for the cases identified, take measures to eradicate them and stop all the gossip and speculation on this topic spreading by the region and the city. ”

According to Valentin Sukhoruk, the commission found that cases of theft became possible due to the lack of constant control over the issue from the warehouse, accounting, writing off, storage of inventory items in the building of the freight carriage building. And also due to systematic violation of regulations, requirements of the enterprise management system, misuse of official vehicles.

The Commission revealed facts of violation of the procedure for processing documents for transferring inventory items to production units; accounting for the write-off and storage of goods and materials issued for production, as a result of which their surpluses were formed. The facts of the organization of an intermediate warehouse on the territory of the power plant for the accumulation of surplus goods and materials were also established; unauthorized movement within the territory of the plant and export outside the enterprise of inventory items written off for production of freight cars by order of officials of the KVSZ.

It was also revealed that the production, supply and technical services did not control compliance with the approved consumption rates of welding materials; the lack of analysis by specialists of technical services, the main accounting department and the planning and economic department of the norms for the use of auxiliary materials in kind and not reflected in the results of meetings of the monthly self-supporting commissions; imperfect work of the systems "ACS-production" and "ACS-warehouses".

The facts of violation of the requirements of the procedure for entry-exit of freight and passenger road transport through checkpoint enterprises (unauthorized entry-exit, lack of material pass and inspection) and misuse of official vehicles were also revealed; unauthorized manufacture, repair of movable property of third parties on the territory of the plant and removal of this property from it without permits.

All the collected materials of the commission that conducted internal investigations were transferred to law enforcement agencies. According to the facts of possible indicated offenses set forth in them, the Kremenchug city police department registered three criminal proceedings in the Unified State Register of Pre-trial Investigations. Investigative actions are now continuing, the enterprise is awaiting results from law enforcement officers.

The next speaker, chairman of the board Maxim Kramarenko, said that the result of an internal investigation was the identification of a number of violations of business, labor and performance discipline. This led to the violation of many internal regulatory documents of the enterprise, in particular STP 08.75-2018, STP 08-108-2020, STP 08.253.2016, RI-005-2019, RI-009-2019 and job descriptions. Therefore, during September-October of this year, 19 orders were prepared on the application of disciplinary sanctions against 34 officials of the Company, as a result of whose actions or omissions the above violations became possible.

Six employees who did not live up to the trust of the Company: Production Director Sergei Melnik, Director for Safety, Personnel and Social Affairs Leonid Oleinik, Deputy Head of the Freight Car Building Building Andrey Vykhodets, Senior Worker of the Non-Standard Equipment Section of the Power Plant Anatoly Kozka, Head of the Power Shop Sergey Foma, deputy head

Recommended:
Co-chairman of the German party "Union 90 /Greens" Robert Habek visited the port of Mariupol
Crypto miners stop business in China: bitcoin dipped to 36 thousand dollars
The representative of the Kryukov Carriage Works announced the critical situation in the industry
On this topic
One step away from bankruptcy: car builders demand from the Ukrainian government to take urgent
In kvsz did not expect that they will have this year to build 90 wagons
Vladimir Zelensky invited to adopt a programme of industry support of Ukraine
Kvsz: uz refuses to buy Ukrainian diesel trains
New diesel train of Ukrainian production drove through the gates kvsz
Top Manager kvsz called calls privacy office minifrastruktury to Hyundai "unpatriotic"
Add a comment
Сomments (0)
News Analytics
Energoatom approved Electrotyazhmash as a supplier of turbine generators for16-06-2021, 14:57
Representatives of Ukraine and Germany discussed the prospects for cooperation16-06-2021, 10:49
Vestas and DTEK RES signed an agreement for the supply of wind turbines for the16-06-2021, 10:45
SSAB agrees with Volvo to supply and refine HYBRIT decarbonized steel16-06-2021, 10:40
Energomashspetsstal manufactured blanks for reactor equipment parts for16-06-2021, 09:38
Vaccinations fuel demand for platinum - World Platinum Investment Council08-06-2021, 12:55
Sharp price growth continues in the rolled metal market - Ukrpromvneshexpertiza08-06-2021, 11:04
Analysts note overheating of the global scrap metal market01-06-2021, 13:28
Hydrogen-fueled steelmaking could be competitive after 2050 - McKinsey19-05-2021, 14:22
Steel raw material prices are skyrocketing across the board18-05-2021, 12:34
Sign in with: