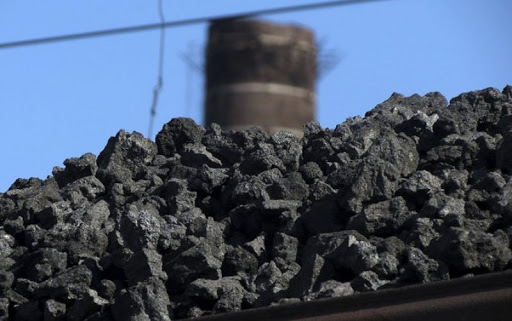 "for the fifth day at the power plant disconnected the gas required for the combustion of domestic coal of gas group (so-called "G" grade), which is extracted in the mines located on territory controlled by Ukraine", - stated in the message.

In Donbasenergo stated that PJSC "Donetskoblgaz" with his illegal actions destabilizie the situation in the region, helps stop domestic mines, which could lead to another collapse in the coal industry of Ukraine.

In the absence of natural gas Slavyanskaya TPP will be forced to make full use of imported coal. Donbasenergo has been notified by letter of the coal enterprises on the need to stop shipment to Slavic TPP 5 July 2020. This means that the energy company will be forced to suspend cash payments for domestic coal and to allocate these funds for the purchase of imported anthracite coal.

Between PJSC "Donbasenergo" PJSC "Donetskoblgaz" contract on the distribution of natural gas that the utility uses, including, for maneuvering generating capacity.

of PJSC "Donetskoblgaz" in may 2020 assessed that PJSC "Donbasenergo" the cost of exceeding the booked annual capacity of 13 610 477,32 hryvnia and warned of disconnecting gas supply to the Slavic thermal power plant in the event of failure to pay invoices within 10 working days.

In connection with the illegality of this requirement, nine have appealed to the Economic court with a claim on recognition of the lack of PJSC "Donetskoblgaz" the right of claim concerning payment of excess annual booked capacity by 2020. The economic court the resolution from 12.06.2020 G. applied measures of securing a claim — banned PJSC "Donetskoblgaz" to make actions on the termination or limitation of gas supply Slavyanskaya TPP prior to the entry into force of the decision of Economic court of Donetsk region. However, since July 1, gas Slavyanskaya TPP has been disabled.

For reference: as of 01.07.2020 city of 60.86 % of the shares of PJSC "Donbassenergo" is owned by Private joint-stock company "ENERGOINVEST HOLDING", 25 % + 1 share of the state represented by state property Fund of Ukraine.

PJSC "Donbasenergo" brings together two plants: the Slavic and Starobeshevo TPP (the latter from 2014 is not the territory controlled by Ukraine). From March 2017, the performance of the assets located in the temporarily occupied territory in Donetsk region, are not included in consolidated financial statements "Donbasenergo" in connection with loss of control over them.

the total installed capacity of Slavyanskaya TPP is 880 MW.

we Recommend you to see analysis As the reform of the electricity market in Ukraine could lead to the collapse and what to do about it.

Recommended:
Japan to oblige manufacturers to equip cars with black boxes
Lutsk Automobile Plant of Bogdan Motors Corporation has shipped the first of ten buses ordered by Antonov State Enterprise
Volkswagen to stop selling cars with internal combustion engines in Europe by 2035
On this topic
How the reform of the electricity market in Ukraine can lead to a collapse and what to do about it
"Donbassenergo" delivered to Ukraine from the Chinese city of Chengdu 12 t individual means of
PJSC "Donbasenergo" demands the immediate increase of electricity prices in Ukraine
In "Donbassenergo" declared "extremely critical situation" in the United energy system of Ukraine
Relentless degradation of the coal industry. Close Ukrainian mines?
Heating season in Ukraine: where there can be problems with heat and why
Partner news
Сomments
Add a comment
Сomments (0)
News Analytics
Azerbaijan's SOCAR plans to invest in the extraction of battery metals in26-07-2021, 22:00
The first domestic industrial energy storage system was developed and launched26-07-2021, 22:11
The profitability of purchases of scrap metal in Ukraine has decreased, but is26-07-2021, 17:27
Metinvest is ready to pay more than 9 billion hryvnia for the Dnieper steel26-07-2021, 13:01
Cherkassk Azot by Dmitry Firtash completed the modernization of the ammonia26-07-2021, 13:45
On the regional markets of metallurgical products, prices are balancing in a22-07-2021, 16:22
Demand for armaments will ensure a stable growth of armored steel sales by 4%20-07-2021, 10:10
Protectionist Measures Support European Steel Prices Despite Summer Lull19-07-2021, 11:02
Positive price growth is observed in the markets for metallurgical products16-07-2021, 14:12
European steel market is in confusion: price growth has slowed down, but no one21-06-2021, 17:40