The coal reserves of the new lava are estimated at 1.2 million tons. It lies at a depth of 750 meters. The lava is 1090 meters long. The recoverable thickness of the seam is 2.2 meters. It is planned that more than 2500 tons of coal will rise from the new lava to the mountain every day. 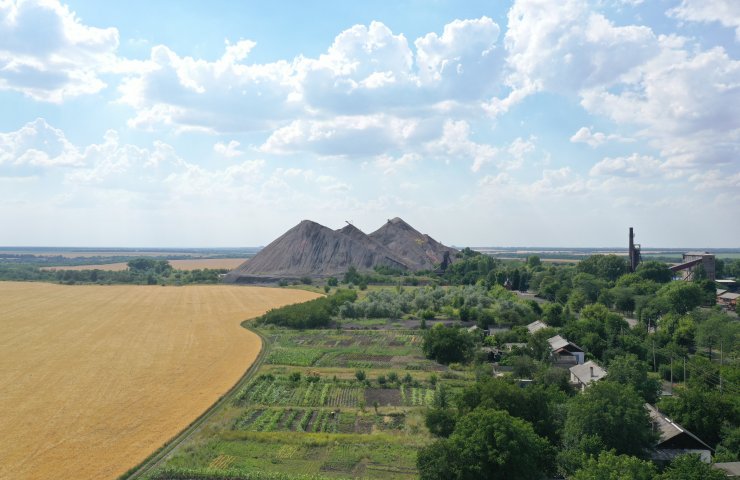 At one of the largest operating mines of Donetsk region 1-3 "Novogrodovskaya", a new longwall with coal reserves of 1.2 million tons was put into operation. Almost all of the mined coal from this mine is supplied to the main structural unit of PJSC Donbasenergo - Slavyanskaya TPP.

New lava occurs at a depth of 750 meters. Its length is 1090 meters. The recoverable thickness of the seam is 2.2 meters. It is planned that more than 2500 tons of coal will rise from the new lava to the mountain every day.

In August of this year, the tunneling teams of the Novogrodovskaya mine 1-3 completed one of the important stages of preparation - the delineation of the 5th northern face of slope No. 2 of the III stage of the L1 layer by mining.

Since September 2019, the mine has been operating without attracting public investment. To launch the new longwall, the investor purchased a set of Czech-made purification equipment (mining combine MB-470E, face scraper conveyor CZK-228/800), repairs and maintenance of the mine's infrastructure complex is being carried out.

According to him, last year the collective of the Novogrodovskaya mine 1-3 produced a million tons of coal. The last time the "millionaire" in Novogrodovka was celebrated 8 years ago (2013). From that moment on, the enterprise experienced a decline until the arrival in 2019 of an investor interested in the development of the enterprise.

As the head of the Novogrodovskaya united territorial community Alexander Shevchenko noted, the launch of a new longwall at mine 1-3 "Novogrodovskaya" is a long-awaited event for the entire OTG. “Almost every community family is or has been associated with the mine. For a city located 30 km from the delimitation zone, this means a stable payment of wages and an increase in budget contributions.

In addition, this is a significant support for the domestic energy sector. We hope that cooperation between Donbasenergo and the Novogrodov community will only grow stronger and grow, be embodied in new infrastructure projects for the benefit of our citizens, ”said Novogrodovsky mayor Alexander Shevchenko.

As of 01.10.2021 60.86% of the shares of Donbasenergo PJSC belong to the Private Joint Stock Company ENERGOINVEST HOLDING, 25% + 1 share - to the state represented by the State Property Fund of Ukraine.

Donbasenergo PJSC unites two power plants: Slavyanskaya and Starobeshevskaya TPPs (the last one since 2014 is located on the territory not controlled by Ukraine). Since March 2017, the performance indicators of assets located in the temporarily occupied territory in the Donetsk region are not included in the consolidated reporting of Donbasenergo due to the loss of control over them.