A sharp rise in the number of coronavirus infections in Germany has put the health care system of Europe's largest economy on the brink of collapse. 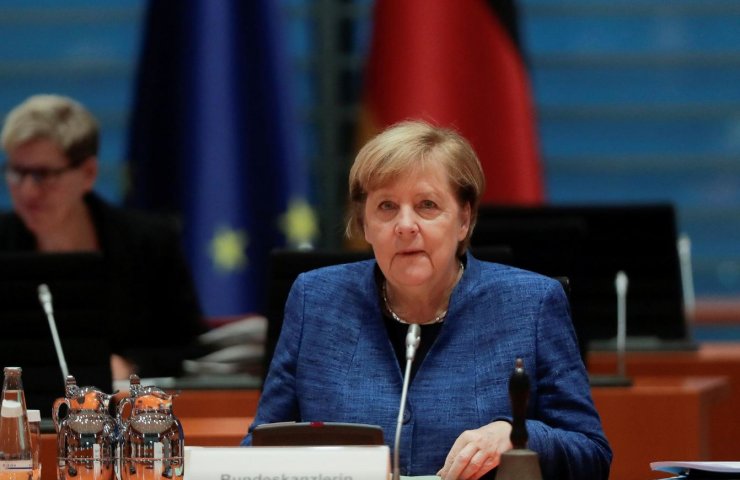 On Wednesday, Chancellor Angela Merkel will require regional leaders to agree to partial isolation in Germany, which will close restaurants and bars but keep schools open, according to a draft document that Reuters has obtained.

Finance Minister Olaf Scholz wants to provide up to 10 billion euros in aid to compensate companies hit by the new measures, according to three people familiar with the matter.

The drastic measures, which according to the most popular magazine Bild daily, will take effect on November 2, are aimed at containing the spread of the coronavirus in Europe's largest economy, as the number of new cases reached record levels.

In accordance with the new planned restrictions, people will only be able to go out with their family members. Fitness studios, discos and cinemas will close, as will theaters, opera houses and concert venues.

Restaurants only offer takeaway. Stores can stay open if they have taken hygiene measures and limited the number of shoppers.

Merkel is in virtual talks with the prime ministers of 16 countries to work out nationwide rules that will replace a confusing set of regional measures.

In almost all regions of Germany there is an exponential increase in infection rates and local health authorities can no longer track all infections.

“The goal is to quickly interrupt the dynamics of the spread of the infection so that there is no need for any far-reaching restrictions on personal contact and economic activity during the Christmas period,” the message says.

Germany has been widely praised for keeping infection and mortality rates lower than many of its neighbors during the first phase of the crisis, but is now in the midst of a second wave. The incidence has risen by 14,964 to 464,239 in the last 24 hours, the agency Robert Koch, Germany's agency for infectious diseases, reported on Wednesday.

Deaths jumped 85 to 10,183, raising concerns about the health care system after Merkel warned it could reach a tipping point if the infection continues to grow.

“If we wait until the intensive care unit is full, it will be too late,” said Health Minister Jens Spahn, who tested positive for the virus last week.

The government is desperately trying to avoid another complete isolation after economic growth plummeted by a record 9.7% in the second quarter in March-April.

Recommended:
S&P Global assigned Viktor Pinchuk's Interpipe a 'B' rating with a stable outlook
The largest metallurgical company in South Korea began purchasing grain in Ukraine
Repair of a small armored boat "Berdyansk" is completed at the Nikolaev shipyard
On this topic
German politicians increased pressure on Merkel demanding sanctions against the Nord Stream 2 gas
An emergency summit of EU on rescue of economy of the unit can be finished to no avail
The refusal of Merkel to attend the summit of G-7 may be associated with the "Northern stream-2"
Angela Merkel: up to 70% of the population will be infected with coronavirus
US sanctions can stop the construction of the "Nord stream – 2" in the waters of Denmark - Bild
Elon Musk will invest in the factory in Berlin 4.4 billion euros
Add a comment
Сomments (0)
News Analytics
Tens of thousands of jobs in the Ukrainian metallurgy under the threat of25-11-2020, 16:46
British billionaire Sanjeev Gupta raises the stakes in race for Thyssenkrupp25-11-2020, 15:12
Ukrzaliznytsia plans to increase its share of the transportation market in its25-11-2020, 15:54
Pandemic forced ArcelorMittal Kryvyi Rih to reorient trade flows25-11-2020, 13:51
Reporting and election trade union conference was held at Energomashspetsstal25-11-2020, 13:24
European Union scrap collectors worried about possible export restrictions18-11-2020, 10:41
Occupational diseases of workers in the extractive industry: types and ways to16-11-2020, 17:49
Eurofer expects recovery in EU steel demand05-11-2020, 09:47
Hot rolled carbon steel demand will continue to grow by 4% pa until 203004-11-2020, 16:14
Platts Steel Trade Review: China Will Decide Asia's Fate30-10-2020, 10:04
Sign in with: