the Company considers to be strategically important target markets of the Baltic States through the Belarusian power engineering industry. 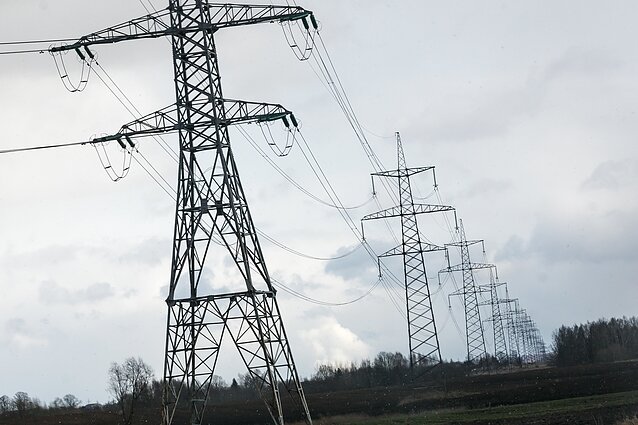 NAEK "Energoatom" plans to expand electricity exports northward, towards the Baltic countries and highly liquid exchange market, Nord Pool. This was stated by the head of the OP "Energoatom trading" Maxim Zorin.

"Belarus is an opportunity to go further North, to the markets of the Baltic countries, the market is Nord Pool (the combined electricity market of 14 countries of the Baltic, Scandinavia, UK, Germany, etc. - ed.). The Baltic countries, connected by lines are direct current power systems of Europe and Scandinavia. This liquidity, predictable, modern power markets where there is demand, in particular, to the underlying power of ... We see strategically important to enter these markets," he said.

According to Zorin, "Energoatom trading" analyzed the price dynamics on long-term contracts in the markets of the Baltic countries and made a conclusion on expediency of presence in the region and the competitive advantages.

he Also added that "Energoatom" there is surplus unused capacity, and ensure that the export.

"we Have today are in reserve 2 units that are ready and should work, with 1 000 MW each. We have underutilized existing units, to say that we don't have enough opportunities to ensure demand from Ukrainian consumers - it's not quite true," said the head of "Energoatom trading".

Zorin also explained why Energoatom fails to make the first shipment for export on their own and was forced to sell a volume trader ("SC" Naftogaz of Ukraine").

"We, as a government enterprise regulated by the regulations and cannot enter into direct foreign economic contracts without proper procedures stipulated by law, namely auction. The auction rules do not provide for the possibility of entering non-residents, i.e. foreign players. We were forced to have passed the stage of deliveries to foreign markets through the relevant trader," said he, adding that the company has initiated changes in regulations, the possibility of selling power directly to foreign traders.

"After 15 years of pause we found an opportunity to start exporting outside Ukraine is the first step, and we hope we have that in the near future we will expand the markets, we can be there stable, thus will provide greater workings of electricity at marketable prices", - concluded Mr. Zorin.

Recommended:
Metinvest was the first in Ukraine to launch a CRM system to improve customer service
ArcelorMittal is the best employer in the MMC of Ukraine in 2021 - research results
Start-up and commissioning works at SlavTES will start on April 9
On this topic
Denmark gave Nord Stream 2 the green light to continue laying pipe
Pavlisin: Energoatom may face a shortage of funds for payment of taxes and salaries
Minister Ariel presented to the staff of SE NNEGC "Energoatom" the new head
Energoatom appealed to the AMC with a complaint of possible manipulation in the supply of
Ukraine is interested in import of electricity from Belarus Alexey Orzhel
Buy Russian electricity for six Ukrainian companies
Add a comment
Сomments (0)
News Analytics
Rinat Akhmetov's engineering company Corum Group sent a delegation to India05-05-2021, 21:09
A mining and metallurgical complex will be created in the Bayan-Undur somon of05-05-2021, 19:39
In Ukraine, European requirements for the ecodesign of solid fuel boilers will05-05-2021, 15:30
April steel production of "Zaporizhstal" increased in annual comparison by05-05-2021, 15:27
Germany plans to achieve carbon neutral economy by 204505-05-2021, 12:28
The current state of the market is ideal for the sale of rolled steel - IREPAS04-05-2021, 18:41
Global hydrogen demand to grow 7-fold by 2070 - PwC21-04-2021, 12:31
World Steel Association predicts a good year for metallurgists15-04-2021, 18:19
World Steel Association defines green steel and its variations12-04-2021, 13:14
China unlikely to cut steel capacity in 2021 due to high steel prices07-04-2021, 12:11
Sign in with: