As a result, Brussels was left without a key figure in the negotiations on "Brexit ". 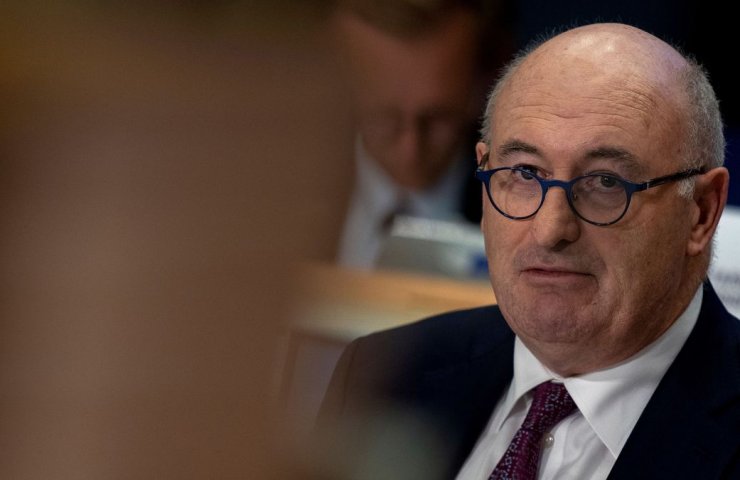 European Trade Commissioner Phil Hogan has resigned amid a scandal over his violation of quarantine rules. A week ago, he was among at least 80 other people at the Gala Dinner of the Parliamentary Golf Club in the Irish town of Clifden. In his statement, the official notes that he regrets this act, although he insists that he has not violated any laws.

The Irish government is convinced of the opposite. There are restrictions on holding mass events. In addition, Hogan made several private trips around the country without first self-isolating for two weeks. He also visited the quarantined County Kildare.

"I realize that although I did not break the laws, all these mistakes distracted me and the Commission from my work. Over the past few days, I have had to seriously think about a lot. My conclusion is that any distractions should be eliminated ", - says the former European Commissioner.

In her Twitter, the head of the European Commission, Ursula von der Leyen, said that she respects Hogan's decision and thanked him for the work done. At the same time, Brussels will now have to urgently find a replacement for a key figure in the negotiations on the future EU-UK relations after Brexit - just a few months before the end of the transition period.

Recommended:
Merkel will not be able to refuse to implement the project "Nord Stream 2" - Bloomberg
"Antonov " intends to enter production of 12 An-178 aircraft per year from 2023 - President of the State Enterprise
Tesla plans to export China-made Model 3s to Asia and Europe
On this topic
How the reform of the electricity market in Ukraine can lead to a collapse and what to do about it
Stopped nuclear power plants and mines. What's going on in the energy sector of Ukraine?
Europe is trying to get back to "normal life" after COVID-19
Relentless degradation of the coal industry. Close Ukrainian mines?
The EU appealed to the WTO ban of Indonesia to export Nickel ore
A new lawsuit for "Gazprom": what does "Naftogaz" in the Stockholm arbitration?
Add a comment
Сomments (0)
News Analytics
Indian state steel company to sell non-core assets19-09-2020, 18:50
Largest US steel company to lose $ 100 million in Q319-09-2020, 18:50
UN experts believe that the worst-case scenario for the Ukrainian economy can19-09-2020, 18:47
KZhRK miners' strike threatens with loss of sales markets without prospects of16-09-2020, 21:51
Privatization of the alcohol industry has started in Ukraine16-09-2020, 14:56
Iron ore prices to surpass six-year high soon16-09-2020, 10:32
World Oil Demand Peak May Be Over - BP15-09-2020, 09:05
China expands car market capacity by increasing demand for steel and metals11-09-2020, 10:56
Prices continue to rise in the long and flat steel markets08-09-2020, 14:25
Difference between ferrous and non-ferrous metal28-08-2020, 13:45
Sign in with: