The founder of Tesla and SpaceX became the sixth richest person in the world, losing $ 16.3 billion per day. 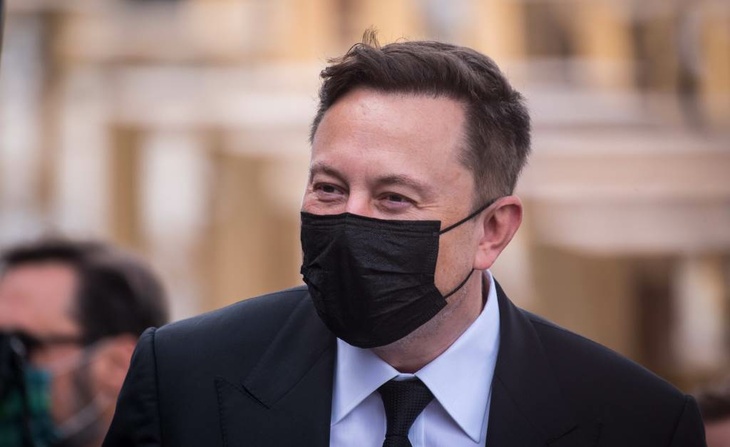 The founder of Tesla and SpaceX Elon Musk has lost his place in the five richest people in the world, it follows from the data Bloomberg Billionaires Index .

Over the past day, he lost $ 16.3 billion amid falling shares of Tesla, a manufacturer of electric vehicles. Bloomberg notes that this is the largest one-day decline in the history of the rankings.

Since last Monday, Tesla's capitalization has decreased by about $ 145 billion, and its founder has lost almost $ 30 billion.

Currently, Mr. Musk has a fortune of $ 82.2 billion, he is ranked sixth in the Bloomberg Billionaires Index.

During the auction on September 8, the quotes of the electric vehicle manufacturer Tesla fell 21.1% to $ 330.21 per share. This was the largest daily drop in quotes for the company.

The sale of securities began after the company announced a $ 5 billion additional share issue, and its second largest shareholder, Baillie Gifford & Co. reduced its share.

Dow Jones was the catalyst for the fall, refused to include Tesla shares in the largest American S&P 500 index and did not name the reason for such an unexpected decision.

Финансовая аналитика, прогнозы цен на сталь, железную руду, уголь и другие сырьевые товары. More news and analytics on Metallurgprom telegram channel - subscribe to get up-to-date market information and price forecasts faster than others.
Сomments
Add a comment
Сomments (0)
On this topic
Rivian Automotive could propel Tesla into the electric vehicle industry
Elon Musk's equity capital is approaching the $ 300 billion mark
NASA suspends $ 2.9 billion lunar contract with SpaceX Elon Musk
Tesla ends year with a profit for the first time in history, but investors are disappointed
Tesla sell their shares at a five percent discount
Yuzhmash told whether it is possible to launch reusable rockets from the Black Sea
Recommended:
Coal production in China increased by 11% in January-August
European stainless steel plants close due to energy crisis
Steelmakers are exploring the use of hydrogen for energy-intensive processes
News Analytics
Ukrainian court invalidated sale of Ferrexpo Plc shares in 200222-09-2022, 12:45
EU Commission not doing enough to save aluminum industry - associations21-09-2022, 11:07
Steel market in Europe expects big production cuts due to weak demand20-09-2022, 11:13
Ford warns investors to cut car deliveries due to parts shortages20-09-2022, 10:43
The price of lithium resumes insane growth after Elon Musk's remarks20-09-2022, 10:54
China production cuts in winter will give limited boost to steel markets -15-09-2022, 10:09
Steel prices may rise as manufacturers stop production11-09-2022, 14:06
IREPAS: The global long products market is in a "dramatic situation"10-09-2022, 20:49
Steel prices are unlikely to rise significantly in the near future - analysts02-09-2022, 22:58
Steel prices may move up on new data from China31-08-2022, 12:19
Sign in with: