Ukraine purchased a sea batch of bitumen from Italy

This is the second purchase of bitumen in the European Union by the trading company "Cantarell Ukraine", which has established sea supplies of materials for the "Great Budivnistva". 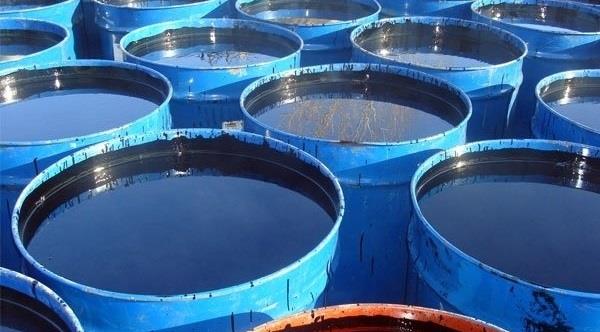 The Cantarell Ukraine trading company has purchased a tanker consignment of road bitumen in the size of 3.5 thousand tons produced by the Italian processor Eni, according to market participants and the analytical company Vortexa. This is the second delivery of bitumen by sea to the Ukrainian market. In early August, the company imported the first tanker batch of bitumen from Greece.

The Italian product was shipped on the bitumen tanker Iver Agile (deadweight - 5.8 thousand tons) in the port of Taranto on August 29, the ship is to deliver the cargo to the port of Ochakov (Mykolaiv region) on Friday. Cantarell Ukraine purchased a product based on cif Ochakov.

LLC "Cantarell Ukraine " (LLC Cantarell UA) is engaged in the supply of bitumen, fuel oil, liquefied gas and chemical components for road construction. The company has two transshipment bases in Kiev and Dnieper, owns railway wagons and a fleet of 200 bitumen carriers. It supplies over 50 thousand tons of materials per month and is the leader in the bitumen market in Ukraine.

Recommended:
Dneprotyazhmash Has Presented This Year’s Second Coal Charging Car – This Time For Yuzhkoks
Privatization of the alcohol industry has started in Ukraine
Ferrexpo Announces Additional Special Interim Dividends Again
On this topic
Yuzhmash told whether it is possible to launch reusable rockets from the Black Sea
Ukraine increases purchases of American oil
Greece has sent to Ukraine two tankers with diesel fuel
Kremenchug refinery increased the production of bitumen
Companies from Qatar and Ukraine declared about the participation in the concession tender in Porto
The ship that brought coal to Ukraine from Colombia called at the Russian port of Ust-Luga
Add a comment
Сomments (0)
News Analytics
A decrease in business activity is observed in the regional markets for25-09-2020, 15:24
Prices for metal products and scrap metal began to fall in China25-09-2020, 12:14
COVID-19 pandemic plunges global labor income by $ 3.5 trillion24-09-2020, 20:51
The price of electricity for Ukrainian metallurgists turned out to be twice as24-09-2020, 20:47
The 30 millionth LADA car rolled off the assembly line of AVTOVAZ (Video)24-09-2020, 18:12
Iron ore prices to surpass six-year high soon16-09-2020, 10:32
World Oil Demand Peak May Be Over - BP15-09-2020, 09:05
China expands car market capacity by increasing demand for steel and metals11-09-2020, 10:56
Prices continue to rise in the long and flat steel markets08-09-2020, 14:25
Difference between ferrous and non-ferrous metal28-08-2020, 13:45
Sign in with: