Ukraine may attract a Canadian company to develop gas fields

Instead of the American Chevron, the Canadian Tenaz Energy Corp. may become a partner of NJSC Nedra Ukrainy for the implementation of the PSA on the Oleskoye hydrocarbon block. 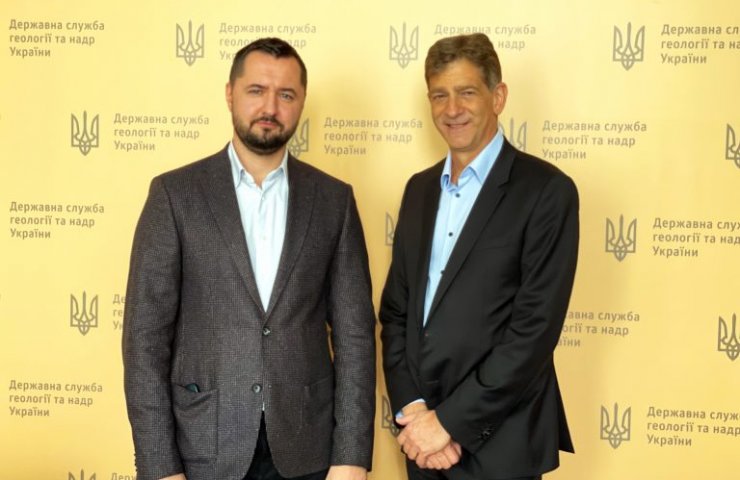 The head of the State Service of Geology and Subsoil of Ukraine spoke with the executive director of the Canadian Tenaz Energy Corp. Anthony Marino. The meeting took place at the initiative of representatives of an international company and took place in Kiev.

Roman Opimakh spoke about existing proposals in the field of hydrocarbon development in Ukraine, as well as possible ways to implement business projects.

“The service prepared and published 50 objects with oil and gas deposits in the Investment Atlas of a subsoil user for an exhibition for electronic trading. This is more than 6,000 square kilometers throughout Ukraine, including areas with approved reserves and green fields. You can get the right to exploration and development by purchasing special permits at electronic auctions, which the Service regularly conducts on the Prozorro platform. Sales, ”said Roman Opimakh.

The Head of the Service told the investor about the possibility of joining the already existing projects for subsoil use "farm-in". The condition is the acquisition of a share in the company that is the licensee. Such a mechanism can be of interest to enterprises that are experiencing difficulties in unlocking the full potential of facilities due to lack of funds and technologies, and an international partner can offer their capital and experience.

As the executive director of Tenaz Energy Corp. noted, the company is interested in the implementation of projects for the development of hydrocarbon subsoil areas in Ukraine. Particular attention is paid to facilities where production was suspended due to a sharp drop in production from wells that are currently not being developed.

Anthony Marino praised the progressive approach to providing access to geological information presented on the State Geological Portal. This data format is convenient for conducting a comprehensive analysis when making an investment decision.

Roman Opimakh noted that NJSC Nedra Ukrainy is looking for a partner to implement the PSA at the Oleskoye area.

“Ukraine is interested in attracting foreign investment in the development of Ukrainian subsoil. Since the withdrawal of the American company Chevron from the project, the agreement on the Oleskoye block has not entered into force, - informed Roman Opimakh. “Its area is 6,300 square kilometers, the gas resources of unconventional reservoirs are estimated at three trillion cubic meters, the license is valid until 2063."

Tenaz Energy Corp. Is a public company engaged in the acquisition of oil and gas assets around the world through mergers and acquisitions in order to create an efficient upstream business. Tenaz Energy Corp. has completed operations to acquire assets worth more than $ 6 billion and has experience in 65 countries. The company develops hydrocarbons in Central Alberta (Canada) and focuses on the markets of Europe, the Middle East, South America and North Africa.

Финансовая аналитика, прогнозы цен на сталь, железную руду, уголь и другие сырьевые товары. More news and analytics on Metallurgprom telegram channel - subscribe to get up-to-date market information and price forecasts faster than others.
Сomments
Add a comment
Сomments (0)
On this topic
Ukrzaliznytsia since the beginning of the year sold 50 thousand tons of scrap metal through the
The US Embassy congratulated Ukravtodor on signing a memorandum with an American company
In Ukraine, more deposits of metals and minerals have already been put up for sale than in the
State Geological Survey of Ukraine announces attempts to disrupt auctions for sites with lithium
Losses of Ukrainian industry from joining the European "Green Deal" will exceed half a
The window of opportunity is open - State Service of Geology and Subsoil of Ukraine
Recommended:
Germany seeks energy independence from Russia
Metinvest does not abandon plans to produce "green" steel in Mariupol - CEO
UK faces sharp rise in steel and timber prices in March
News Analytics
The largest producer of titanium raw materials in Ukraine OGCC will sell25-05-2022, 20:48
Glencore accused of bribery in London pleads guilty in the US25-05-2022, 10:44
Swiss oil and gas equipment manufacturer Sulzer leaves Russia24-05-2022, 13:08
BIR: European Commission's decision on scrap metal will be the most tragic24-05-2022, 11:41
Rejection of Russian palladium destroys markets24-05-2022, 11:41
US steel market sentiment becomes more price neutral05-05-2022, 10:15
The global high-strength steel market will grow steadily by 5% annually for the04-05-2022, 08:45
China steel inventories hit 13-month high amid COVID-19 outbreak30-04-2022, 16:38
Slowdown in global auto sector affects steel prices27-04-2022, 12:36
World alumina production reaches a record 138 million tons21-04-2022, 09:54
Sign in with: