What is billionaire Yaroslavsky building at the Dnipro airport?

For the first time, detailed plans for the new airport in Dnipro, which is being built by the famous Ukrainian businessman Alexander Yaroslavsky, have been made public. 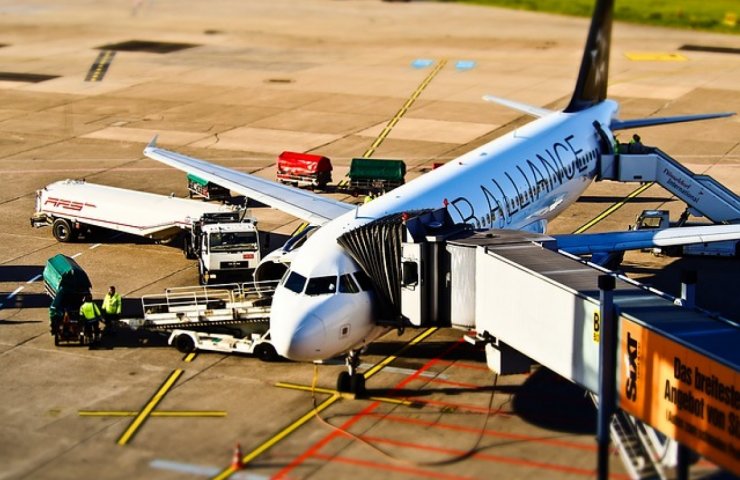 The investor company of the DCH group has revealed exclusive details about the design and layout of the new air gates of Dnipro.

“The new building will have 20 check-in counters, six boarding gates, of which three will be equipped with bridges. This will allow passengers to disembark and disembark directly from the building on board the aircraft ", - Avianews describes technical innovations that DCH Yaroslavsky, who has experience in the construction and operation of the international airport" Kharkiv ", will apply in Dnipro.

As you know, the DCH group is investing about $ 70 million in the construction of terminal infrastructure at the Dnipro airport. The main investment is the passenger terminal with an area of ​​26,680 square meters. It will be 3-storey.

The first floor will house a check-in hall, a baggage handling area, a domestic arrival hall with one baggage carousel and an international arrival hall with two baggage claim belts, of which two levels will be main and one auxiliary.

The third floor is the departure area: here you will be able to go through security control for passengers, and then you can proceed to the departure hall of domestic flights or to passport and customs control if the traveler is leaving on an international flight.

Yaroslavsky's company reported that they plan to complete construction within 2 years. The construction of a new terminal at Kharkiv airport with similar characteristics took about the same amount. However, the investor will be able to put the new building into operation only after the new airfield is put into operation. The government has pledged to build a new runway, taxiway and apron with airplane parking in front of the new terminals.

Infrastructure Minister Vladislav Krykliy previously assured that his department is working with the Ministry of Finance to provide funding for the construction of a state-owned airfield at Dnipro airport in the 2021 budget in the amount of UAH 2 billion.

The construction site, where the future new terminals will be located, in the center of the airfield, is located between the old terminal and the apron, and the operating runway. This will allow creating a new airport without stopping the reception and departure of passengers through the old terminals of the air terminal.

Recommended:
The 30 millionth LADA car rolled off the assembly line of AVTOVAZ (Video)
ArcelorMittal Kryvyi Rih received a new batch of BelAZ trucks
In two weeks, steel prices in the United States rose by 25%
On this topic
The Ukrainian "Silicon Valley" will be headed by the owner of the DCH group Alexander Yaroslavsky
Aleksandr Yaroslavskyy's DCH group will open the first in Kharkov legal casino
The Dnieper metallurgical plant restarts steelmaking
Chinese technology company ZTE Corporation was the first business resident in the "Ekopolis HTZ"
Oleksandr Yaroslavsky, intends to invest in Ukrainian roads $ 300 million
Businessman Yaroslavsky will turn the Kharkov tractor plant in Ekopolis (Video)
Add a comment
Сomments (0)
News Analytics
Tensions rise between China and Australia over commodity trade14-10-2020, 18:15
The European Union confirms its intention to introduce a border tax on carbon13-10-2020, 13:20
ArcelorMittal Europe to start producing green steel from 202013-10-2020, 12:44
Kremenchug refinery launched an isomerization unit13-10-2020, 12:43
Moscow allowed the supply of bitumen from the Russian Federation to Ukraine13-10-2020, 12:45
Dolomite powder market to reach USD 33.44 billion by 202705-10-2020, 12:33
Iron ore prices to surpass six-year high soon16-09-2020, 10:32
World Oil Demand Peak May Be Over - BP15-09-2020, 09:05
China expands car market capacity by increasing demand for steel and metals11-09-2020, 10:56
Prices continue to rise in the long and flat steel markets08-09-2020, 14:25
Sign in with: