After nationalization, Motor Sich PJSC will de facto go bankrupt and leave both the national and international aircraft manufacturing markets, according to the DCH Group's analytical note. 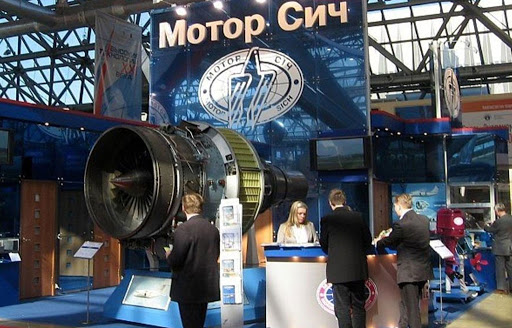 The National Security and Defense Council (NSDC) of Ukraine decided to return PJSC Motor Sich, a manufacturer of engines for aircraft and industrial gas turbine plants, into state ownership. According to the analytical department of the DCH group of Kharkiv billionaire Alexander Yaroslavsky, the nationalization process will be legally difficult, given the lack of the necessary legal framework for this in Ukraine and the position of official Beijing.

"PJSC" Motor Sich "in the absence of an inflow of investments (private ones are impossible, there are no state ones) will continue to rapidly degrade. Most likely, orders from Chinese buyers will be canceled, and the company will de facto go bankrupt and leave both the national and international aircraft market. Following him, significant problems will be experienced by KB "Ivchenko-Progress", FED, SE "Antonov", which will ultimately lead to the destruction of the Ukrainian aircraft industry. The team of PJSC "Motor Cich" will lose their jobs - and this is about 17 thousand jobs, which will seriously increase social tension in the Zaporozhye region and in the country as a whole, "says the findings of the DCH analytical department published on Friday.

Analysts believe that as a result of nationalization, the current buyers of Motor Sich PJSC products from India, Pakistan, Latin America and the Middle East will switch to purchasing goods in Russia, the USA and Europe. Military-technical cooperation between Russia and China will become closer, which means additional threats to the national interests of Ukraine.

“The Ukrainian government may try to shift responsibility - both moral and financial - onto the US government. As a result, the United States expects image losses both in the eyes of the world community and in the eyes of Ukrainian citizens, ”DCH noted.

Analysts recalled that if the company is nationalized, the Chinese investors of Motor Sich PJSC will be forced to complete the international investment arbitration, during which the state of Ukraine will most likely face the need to pay compensation in the amount of more than $ 3.6 billion.

In August 2019, the Chinese companies Skyrizon and Xinwei Group acquired more than 50% of the shares of the Ukrainian enterprise. The Wall Street Journal wrote that John Bolton, the former assistant to the president for national security, tried to prevent this. The United States has repeatedly opposed the intentions of Chinese companies to acquire PJSC Motor Sich.

At the end of January, the Ukrainian authorities imposed sanctions against four companies and one individual who took part in transactions to acquire shares of Motor Sich PJSC. Chinese citizen Wang Jing and the enterprises of Skyrizon Aircraft Holdings Limited, Hong Kong Skyrizon Holdings Limited, Beijing Skyrizon Aviation Industry Investment and Beijing Xinwei Technology Group Co. The sanctions provide for blocking assets, restricting trade operations, partial or complete cessation of the transit of resources, flights and transportation through the territory of Ukraine.

Recommended:
Energomashspetsstal invested UAH 4 million in environmental projects in 2020
Okean shipyard restores dry dock performance
FAW Group and General Motors Report Sharp Growth in China Sales
On this topic
The imposition of sanctions against Chinese investors in Motor Sich came as a surprise to
Alexander Yaroslavsky called for an end to the violation of the rights of Chinese investors in
"Ukroboronprom" introduces to "Antonov" Supervisory Board
In Ukraine created the working group on the revival of domestic aviation industry
Chinese technology company ZTE Corporation was the first business resident in the "Ekopolis HTZ"
NATO expressed gratitude to the state enterprise "ANTONOV" for the work in the framework of SALIS
Add a comment
Сomments (0)
News Analytics
Ukraine and the United States are deepening cooperation in the trade and20-04-2021, 20:46
Nikopol pipe plant "Centravis" is approved as a supplier of the Chinese20-04-2021, 20:10
The capacity of the domestic steel market in Ukraine in January-March decreased19-04-2021, 10:33
In Russia, there is an exuberant demand for agricultural machinery19-04-2021, 10:24
Iran is satisfied with the reaction of the world community to 60% enrichment of18-04-2021, 13:24
World Steel Association predicts a good year for metallurgists15-04-2021, 18:19
World Steel Association defines green steel and its variations12-04-2021, 13:14
China unlikely to cut steel capacity in 2021 due to high steel prices07-04-2021, 12:11
Scrap metal market at the beginning of April02-04-2021, 11:10
Rising Chinese Prices Fueled Rising Global Steel Prices - MEPS25-03-2021, 18:54
Sign in with: