According to the press service of DTEK Ladyzhinskaya TPP, artificial intelligence has helped to halve violations of labor safety rules at the enterprise and will soon record employees smoking in the wrong place. 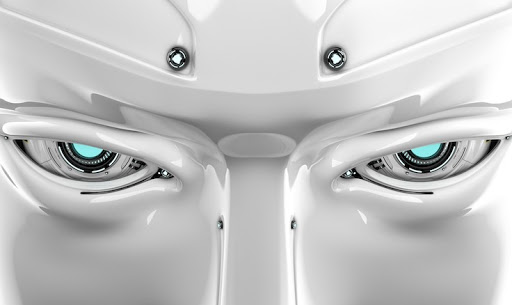 The Farseer robotic system with artificial intelligence introduced in February this year helped to halve violations of labor safety rules at DTEK Ladyzhinskaya TPP. Since the beginning of the year, 35 violations have been identified at the enterprise, which is half the figures for the same period last year, when there were 78 of them.

The surveillance system with artificial intelligence at Ladyzhinskaya TPP has been in testing mode for six months already. In addition to the absence of a helmet or goggles, artificial intelligence will soon also detect smoking in the wrong place, as well as track the facts of work at height without "insurance". After completing testing at Ladyzhinskaya TPP, DTEK plans to introduce this technology at its other enterprises.

“The main purpose of an innovative video surveillance system is for every power engineer to return home safe and sound after a work shift. 35 violations of labor safety identified and eliminated in time is equivalent to the number of accidents and lives saved, ”said Dmitry Sakharuk, CEO of DTEK Energy.

He also added that in addition to the safety of employees, the new technology helps power engineers to contribute to the country's energy security.

"The system monitors that there is no unauthorized interference in the operation of the equipment and the stoppage of the enterprise," D. Sakharuk emphasized.

According to Emanuele Volpe, Director of Innovation at DTEK, this system works using computer vision and neural networks.

“The technology analyzes the image from surveillance cameras in real time and instantly fixes violations: the absence of a protective helmet or glasses, as well as being in a prohibited area. This information is immediately transmitted to the person responsible for the safety of the personnel, ”E. Wolpe said.

He also added that the developer of the Farseer system is the Ukrainian technological association Limpid Group. E. Volpe emphasized that it is important for DTEK to find innovative solutions in Ukraine and thus support talented youth and developers.

Anatoly Netreba, head of the labor protection and industrial safety department at DTEK Ladyzhinskaya TPP, said that the enterprise now operates 25 cameras with a range of up to 60 meters. They are installed in areas that require special attention in terms of safety.

“During the operation of the energy systems, they began to be more conscious of their safety and less to neglect the rules of safe behavior at the enterprise. On each case, we conduct a preventive conversation and take measures to prevent a recurrence of the situation, ”A. Netreba said.

Финансовая аналитика, прогнозы цен на сталь, железную руду, уголь и другие сырьевые товары. More news and analytics on Metallurgprom telegram channel - subscribe to get up-to-date market information and price forecasts faster than others.
Сomments
Add a comment
Сomments (0)
On this topic
Retail prices for petroleum products in the European Union continued to fall
The dirtiest air in Ukraine in the Dnieper
Ghana remains a major importer of manganese ore in Ukraine
Zaporizhstal: production results in February 2021
Rinat Akhmetov has said that it expects the Ukrainian authorities a level playing field and fair
Iran is satisfied with the reaction of the world community to 60% enrichment of uranium
Recommended:
Islamabad receives $1.5 billion investment proposal for PSMC privatization
UK steel production hits record low this year
Coal production in China increased by 11% in January-August
News Analytics
ЕБРР ухудшил прогноз роста экономики Украины на 2023 год с 25% до 8%28-09-2022, 13:57
EU plans additional sanctions against Russian metallurgy27-09-2022, 10:34
The European Commission has approved 5.2 billion euros of state support for27-09-2022, 10:43
China's leading industrial profits fall 2.1% in first 8 months27-09-2022, 10:20
Moody's changed the outlook for the global mining industry to26-09-2022, 19:04
China production cuts in winter will give limited boost to steel markets -15-09-2022, 10:09
Steel prices may rise as manufacturers stop production11-09-2022, 14:06
IREPAS: The global long products market is in a "dramatic situation"10-09-2022, 20:49
Steel prices are unlikely to rise significantly in the near future - analysts02-09-2022, 22:58
Steel prices may move up on new data from China31-08-2022, 12:19
Sign in with: