The largest losses were in lower-middle-income countries. Their population lost 15.1 percent of earnings. 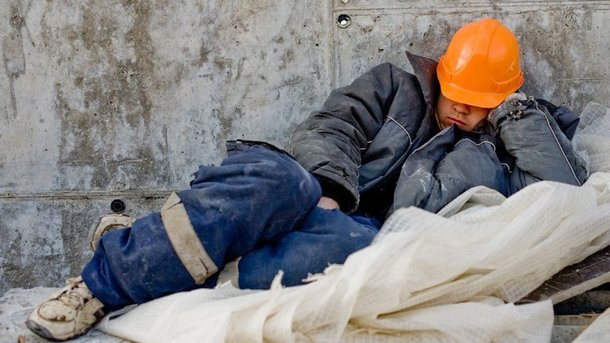 The coronavirus pandemic has led to massive losses in labor income around the world. This is stated in a new study by the International Labor Organization (ILO). Its experts also report on the fiscal stimulus gap that threatens to further widen inequality between rich and poor countries.

In the first three quarters of 2020, labor income of the world's population fell by 10.7 percent, or $ 3.5 trillion. In the second quarter of this year alone, the ILO notes, the number of lost working hours is equivalent to the loss of nearly half a billion jobs. It was expected that this figure would be much lower - about 400 million jobs.

Among the regions of the world, North and South America have suffered the most. There, the labor income of the population decreased by 12.1 percent. In Europe and Central Asia, the figure was 10.6 percent.

The ILO also reports that more women than men are among those who have lost their jobs. For example, in the Republic of Moldova, the unemployment rate among women in the second quarter of 2020 compared to the same indicator of the previous year decreased by 10.1 percent, and among men - by 7.7 percent.

The largest losses were in lower-middle-income countries. Their population lost 15.1 percent of their earnings. In rich countries, the loss of labor income was 9 percent.

At the same time, the ILO emphasizes, the authorities of many rich countries have taken effective measures to stimulate the economy, while countries with lower middle income and poor countries do not have the funds to implement such measures in the required volume.

“We must not only redouble efforts to combat the virus, but also urgently take the necessary measures to mitigate the economic, social and labor impact of the crisis. This means supporting businesses, creating jobs and generating income [for the population], ”said ILO Director-General Guy Ryder.

He stressed that poor countries and countries with lower middle incomes need financial support from the international community. For example, according to the ILO, 45 billion dollars should be allocated to restore the economies of poor countries - this is only one percent of the total funds spent by rich countries on fiscal stimulus measures.

“New York is hosting the UN General Assembly, and the international community must develop a global strategy for reconstruction based on dialogue, cooperation and solidarity. No country, group of countries or region can overcome this crisis alone, ”Ryder said.

Recommended:
Metallurgy boosts Ghana to become West Africa's automotive hub
Zaporizhstal intends to sign a Memorandum with the Zaporizhzhya Regional State Administration on reducing the environmental load on the environment
AvtoVAZ announced the largest recall campaign in 2.5 years
On this topic
UN experts believe that the worst-case scenario for the Ukrainian economy can still be avoided
The UN believes that the world did not hear the warnings of the Global Preparedness Monitoring
S&P affirms "Metinvest" level "In", with a stable Outlook
UN: one in five working youth live in poverty
UN report: growing inequality is the main obstacle for the development of
Because of the terrible working conditions in Ukraine die each year hundreds of people - study
Add a comment
Сomments (0)
News Analytics
Since the beginning of 2020, the staff of Ukroboronprom has been updated by28-10-2020, 10:44
Russian companies are expanding their competencies in creating equipment for28-10-2020, 10:41
Metinvest equips new oxygen points in Mariupol for seriously ill coronavirus28-10-2020, 09:06
Aston Martin: Mercedes will receive a 20% stake in the luxury brand28-10-2020, 09:34
SPLAV presented shut-off valves at PCVExpo27-10-2020, 20:15
Dolomite powder market to reach USD 33.44 billion by 202705-10-2020, 12:33
Iron ore prices to surpass six-year high soon16-09-2020, 10:32
World Oil Demand Peak May Be Over - BP15-09-2020, 09:05
China expands car market capacity by increasing demand for steel and metals11-09-2020, 10:56
Prices continue to rise in the long and flat steel markets08-09-2020, 14:25
Sign in with: