Trains in the Sacramento subway (USA) will be driven by Interpipe NTRP wheels. 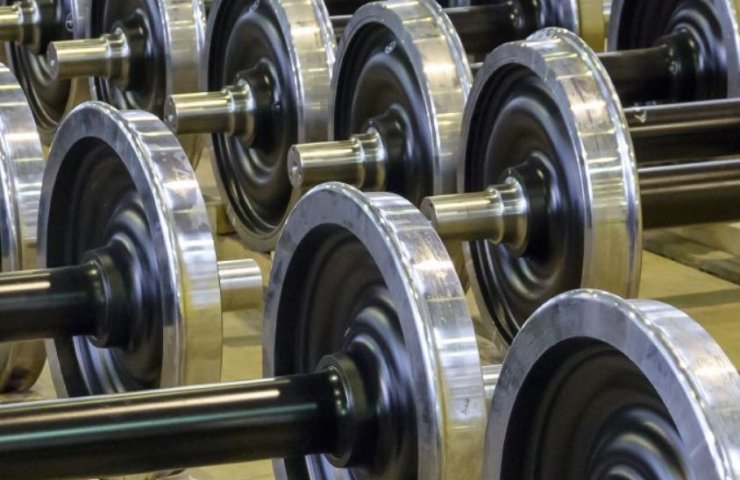 Ukrainian industrial company "Interpipe" has long been considered the leader of the European market of railway products. But North America is another, no less strategic direction for sales. In recent years, Victor Pinchuk's company has signed a number of important contracts for the supply of wheels to its North American partners.

The complexity of this order was that the wheels were produced simultaneously according to two standards - European EN and American AAR. The development of this product began four years ago, as part of a joint project with German companies Bochumer Verein Verkehrstechnik and Siemens.

Inspector BVV accepted a pilot batch in Ukraine, and then Interpipe products additionally passed a rigorous audit directly in Germany, at the factories of Siemens concern, which produces rolling stock for the metro.

The coronavirus pandemic has affected Canadian carriers to a much lesser extent than in the United States or other regions. Therefore, the company managed to establish cooperation with the largest car repair companies in Canada. Interpipe has already delivered three wheel designs to this market, two more types are possible.

Alexander Garkavy, director of the railway products division of Interpipe:

- Despite the difficult situation in the global economy, we are looking for markets with a stable demand for railway products. Our goal is to develop high-tech exports to important regions such as the EU, North America, the Middle East and North Africa. Now it is important to be included in the list of suppliers of wheel products for each client.

Interpipe is a Ukrainian industrial company, a manufacturer of seamless pipes and railway wheels. The company's products are supplied to more than 80 countries of the world through a network of sales offices located in the key markets of the CIS, the Middle East, North America and Europe. In 2020, Interpipe sold 662 thousand tons of finished products, including 192 thousand tons of railway products. Railway products are sold under the KLW brand.

Финансовая аналитика, прогнозы цен на сталь, железную руду, уголь и другие сырьевые товары. More news and analytics on Metallurgprom telegram channel - subscribe to get up-to-date market information and price forecasts faster than others.
Сomments
Add a comment
Сomments (0)
On this topic
"Naftogaz" has filed a lawsuit against the government of Ukraine for the issuance of a
Elon Musk contracted coronavirus, but doubts the reliability of the tests
The Eurasian Commission has announced the final amount of duties on Ukrainian zinc
Deutsche Bahn with Siemens help to switch to hydrogen trains from 2024
Siemens specialists conducted an audit of Interpipe as a qualified supplier
Naftogaz and RWE signed a memorandum of cooperation in the development of hydrogen projects
Recommended:
Steelmakers are exploring the use of hydrogen for energy-intensive processes
European stainless steel plants close due to energy crisis
H2 Green Steel has received 190 million euros for the construction of a hydrogen steel plant
News Analytics
Ukrainian court invalidated sale of Ferrexpo Plc shares in 200222-09-2022, 12:45
EU Commission not doing enough to save aluminum industry - associations21-09-2022, 11:07
Steel market in Europe expects big production cuts due to weak demand20-09-2022, 11:13
Ford warns investors to cut car deliveries due to parts shortages20-09-2022, 10:43
The price of lithium resumes insane growth after Elon Musk's remarks20-09-2022, 10:54
China production cuts in winter will give limited boost to steel markets -15-09-2022, 10:09
Steel prices may rise as manufacturers stop production11-09-2022, 14:06
IREPAS: The global long products market is in a "dramatic situation"10-09-2022, 20:49
Steel prices are unlikely to rise significantly in the near future - analysts02-09-2022, 22:58
Steel prices may move up on new data from China31-08-2022, 12:19
Sign in with: