The main differences between the salaries of Norwegian and Russian sailors

There were several high-profile trials about the infringement of the rights of foreigners, which were brought up by the local media and this topic was raised throughout Norway. 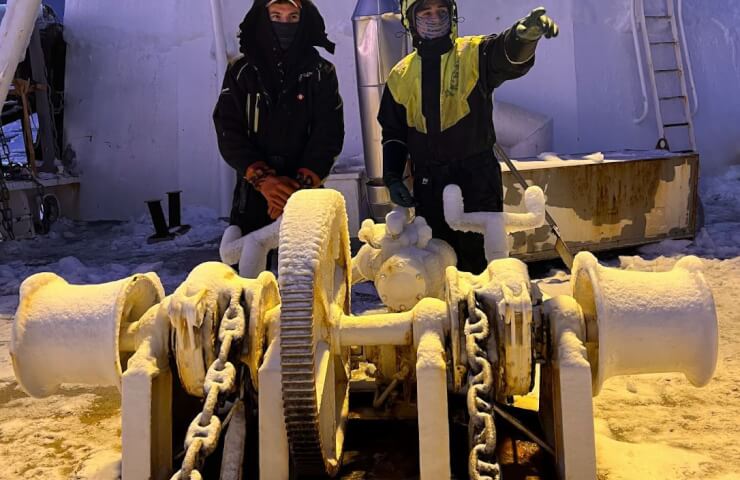 Renat Besolov started fishing for crabs in Norway in 2015. During this time, Renat Besolov made sure that the salaries of Norwegian seafarers and Russia are very different. That is why many fishermen try their best to work under the Norwegian flag.

It should be noted that the wages of visiting fishermen did not always correspond to those received by Norwegian fishermen. Over the years, the Norwegian Seafarers' Union has received many complaints from foreign seafarers that foreigners are paid less than Norwegians. There were several high-profile trials about the infringement of the rights of foreigners, which were brought up by the local media, and this topic was raised throughout Norway.

In 2017, there were still some Norwegian shipping companies that tried to save money by attracting foreign seafarers, but this activity was dangerous - such companies faced heavy fines.

In 2018, all Norwegian companies switched to the same standard of payment for all seafarers, regardless of whether it is a foreign seafarer or a Norwegian - a local resident. Since this year, the minimum wage has been introduced by industry - in the fishing industry it is 205 NOK per hour (about $23). The minimum working time for a seafarer on a ship is 12 hours per day, or 360 hours per month (30 days). Thus, the guarantee fee for a sailor working on a Norwegian ship is $8280.

In 2021, a law was passed on the division of the net income of the vessel between the ship owner and all crew members participating in the fishery in that year.

More than 5,000 fishing vessels of various sizes and quotas are registered in Norway. Each resident, if desired, can open a company and go fishing. In the Russian Federation, only a few large companies operate in the Barents Sea, and it is problematic for residents of Murmansk to even get permission to fish with a pipe, not to mention buying their own small boat up to 15m in length.

Финансовая аналитика, прогнозы цен на сталь, железную руду, уголь и другие сырьевые товары. More news and analytics on Metallurgprom telegram channel - subscribe to get up-to-date market information and price forecasts faster than others.
Сomments
Add a comment
Сomments (0)
On this topic
Yuzhmash told whether it is possible to launch reusable rockets from the Black Sea
How the reform of the electricity market in Ukraine can lead to a collapse and what to do about it
How metallurgy will change with the development of 5G and smart cities
Stopped nuclear power plants and mines. What's going on in the energy sector of Ukraine?
How Tesla became the world's most valuable automaker
Top 10 digital trends in the global steel industry
Recommended:
Dneprospetsstal restarted stainless steel production in Zaporozhye
Explosion at Tata Steel plant in India at coke battery
BIR: European Commission's decision on scrap metal will be the most tragic event in the last 40 years
News Analytics
The largest producer of titanium raw materials in Ukraine OGCC will sell25-05-2022, 20:48
Glencore accused of bribery in London pleads guilty in the US25-05-2022, 10:44
Swiss oil and gas equipment manufacturer Sulzer leaves Russia24-05-2022, 13:08
BIR: European Commission's decision on scrap metal will be the most tragic24-05-2022, 11:41
Rejection of Russian palladium destroys markets24-05-2022, 11:41
US steel market sentiment becomes more price neutral05-05-2022, 10:15
The global high-strength steel market will grow steadily by 5% annually for the04-05-2022, 08:45
China steel inventories hit 13-month high amid COVID-19 outbreak30-04-2022, 16:38
Slowdown in global auto sector affects steel prices27-04-2022, 12:36
World alumina production reaches a record 138 million tons21-04-2022, 09:54
Sign in with: