European Union will import hydrogen from Ukraine and Morocco

For this, the European Union will establish strict rules for supplier companies to have guaranteed supplies of inexpensive fuel. 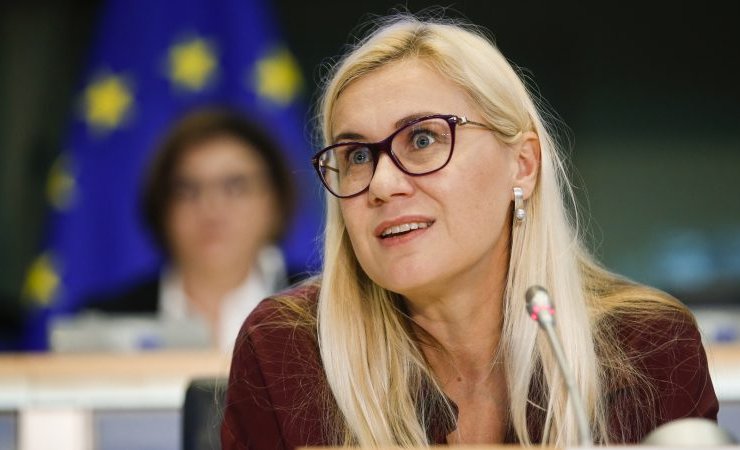 The European Union intends to set rules for hydrogen trade with Morocco and Ukraine, as part of plans to use low-carbon fuels to reduce emissions, the EU Energy Commissioner said on Monday.

The EU will also include hydrogen on its energy talks with the US, Japan and South Korea, Simson said.

In its hydrogen strategy, published in July, the European Commission set targets to expand hydrogen production and use projects to meet the EU's 2050 zero emissions target.

By 2024, the EU aims to receive 6 gigawatts (GW) of hydrogen power from wind and solar power and 40 GW by the end of the decade for use in sectors that are difficult to decarbonize or where it is difficult to electrify, including the chemical industry and manufacturing steel.

“We are looking at regions with high solar intensity and wind speed,” he said, naming parts of Asia and Africa, the Middle East and South America. He said there are two trade agreements under discussion.

Recommended:
Ukrzaliznytsia will spend about 5 billion hryvnia in 2021 on repairs of diesel locomotives
KZhRK announced its readiness to pay compensation to the striking underground miners
Flat steel market to expand 5.5% pa to 2026 - new study
On this topic
World's largest steel company will be carbon neutral by 2050
Ukrainian gas transmission system tested for hydrogen pumping capacity
Yuzhmash told whether it is possible to launch reusable rockets from the Black Sea
Air Products and Tyssenkrupp will work together to sell "green" hydrogen
How the reform of the electricity market in Ukraine can lead to a collapse and what to do about it
Ukraine plans to develop hydrogen technologies
Add a comment
Сomments (0)
News Analytics
Innovative matrix headlights on the Audi E-Tron19-10-2020, 22:43
Tensions rise between China and Australia over commodity trade14-10-2020, 18:15
The European Union confirms its intention to introduce a border tax on carbon13-10-2020, 13:20
ArcelorMittal Europe to start producing green steel from 202013-10-2020, 12:44
Kremenchug refinery launched an isomerization unit13-10-2020, 12:43
Dolomite powder market to reach USD 33.44 billion by 202705-10-2020, 12:33
Iron ore prices to surpass six-year high soon16-09-2020, 10:32
World Oil Demand Peak May Be Over - BP15-09-2020, 09:05
China expands car market capacity by increasing demand for steel and metals11-09-2020, 10:56
Prices continue to rise in the long and flat steel markets08-09-2020, 14:25
Sign in with: