The global hydropower sector produced a record 4,370 TWh of electricity in 2020 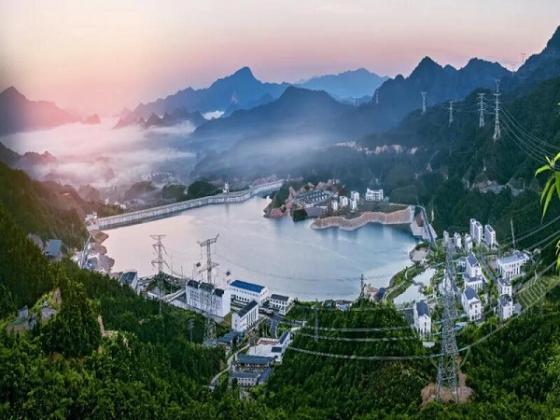 According to a report by the International Energy Agency (IEA), in 2020, the global hydropower generated a record 4,370 TWh of electricity. For comparison, in 2019 this figure was 4306 TWh. About the same amount of electricity consumed by the United States per year.

Nearly two-thirds of the increase came from China, which brought on stream 13.8 GW of new capacity. Among other countries that added new capacity in 2020, only Turkey (2.5 GW) added more than 1 GW.

The largest increase in capacity occurred in China, where HPP Wudongde launched 8 of the 12 project hydropower units, adding 6.8 GW to the Chinese grid.

Let us remind you that by the Independence Day of Ukraine at one of the most important infrastructure facilities of Ukraine - the Dniester PSP - hydroelectric unit No. 4 was launched in the generator mode. By synchronizing the operation and connecting to the grid, the hydroelectric unit reached a nominal load of 324 MW, and the power of the station reached 1296 MW in generator mode and 1684 MW in pumping mode.

The construction of the Dniester PSP is an integral part of the Energy Strategy of Ukraine until 2035. According to the project, the station will consist of 7 hydroelectric units with a total capacity of 2268 MW in generator mode and 2947 MW in pumping mode, which makes it the first in Europe and sixth in the world. Completion of the construction of the station will have a significant economic, environmental and social effect, noted in Ukrhydroenergo.

Финансовая аналитика, прогнозы цен на сталь, железную руду, уголь и другие сырьевые товары. More news and analytics on Metallurgprom telegram channel - subscribe to get up-to-date market information and price forecasts faster than others.
Сomments
Add a comment
Сomments (0)
On this topic
How the reform of the electricity market in Ukraine can lead to a collapse and what to do about it
In Ukraine, the forecast drop in steel production by 7% in 2020
In the shops "Turboatom" work continues on equipment for the Ukrainian hydro power plants
Steel production in September 2020
How Tesla became the world's most valuable automaker
IRENA: hydropower will be critical to decarbonize the economy
Recommended:
Islamabad receives $1.5 billion investment proposal for PSMC privatization
The price of gold crossed the mark of 1700 dollars
China's leading industrial profits fall 2.1% in first 8 months
News Analytics
British Steel owner asks government for financial support05-10-2022, 13:05
The price of gold crossed the mark of 1700 dollars05-10-2022, 13:28
US coal prices top $20004-10-2022, 10:16
Tata Steel merger plan to secure long-term profits03-10-2022, 10:46
US hydrogen prices to drop to zero dollars per kg in 5 to 6 years: Platts02-10-2022, 21:53
China production cuts in winter will give limited boost to steel markets -15-09-2022, 10:09
Steel prices may rise as manufacturers stop production11-09-2022, 14:06
IREPAS: The global long products market is in a "dramatic situation"10-09-2022, 20:49
Steel prices are unlikely to rise significantly in the near future - analysts02-09-2022, 22:58
Steel prices may move up on new data from China31-08-2022, 12:19
Sign in with: