"Dneprometiz " produces hardware products from low-carbon steels. The capacity of the enterprise is 120 thousand tons per year. 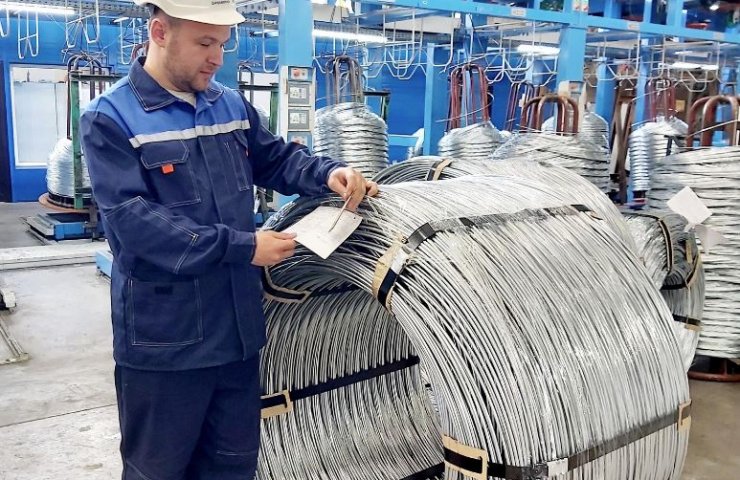 The Antimonopoly Committee of Ukraine (AMCU) allowed the Cypriot company Agimant Limited of Ukrainian businessman Serhiy Tigipko to acquire sole control over Dealzone Holding Ltd (Rod Town, British Virgin Islands), which owns 98.6578% of shares of one of the largest enterprises for the manufacture of metal products in Ukraine, PJSC "Dneprometiz ", the AMCU voted for the corresponding decision at a meeting on October 8.

As reported, the AMCU on April 25, 2019 considered the issue of the purchase of the enterprise "Dneprometiz " by the "TAS " group from the sanctioned "Severstal " and admitted violations of the legislation on the protection of economic competition in the transaction, imposing " TAS "a fine of UAH 55 million.

The Commercial Court of Kiev overturned the decision of the Antimonopoly Committee of Ukraine (AMCU) to impose a fine and refusal of this concentration.

"Dneprometiz " produces hardware products from low-carbon steels. The capacity of the enterprise is 120 thousand tons per year.

According to the National Depository of Ukraine for the third quarter of 2018, owned by Dealzone Holding Ltd. (British Virgin Islands) has 98.6578% of the shares of "Dneprometiz ".

Recommended:
Mariupol port began to cover stacks of sheet steel from atmospheric precipitation
International Steel Committee says gloomy outlook for market
President of Ukraine signed a decree on enticing IT specialists from Belarus
On this topic
Carriage works of Sergei Tigipko will issue bonds with a rate of 14% per annum
Metinvest has completed the acquisition of approximately 73% of the shares DCHS
The Antimonopoly Committee of Ukraine expects reduction of prices on gasoline in the retail market
AMC has ordered "Ukrzaliznytsya" cancel dubious tender for purchase of gas
After the decision of the Antimonopoly Committee in Ukraine began to get cheaper petrol
A new lawsuit for "Gazprom": what does "Naftogaz" in the Stockholm arbitration?
Add a comment
Сomments (0)
News Analytics
Innovative matrix headlights on the Audi E-Tron19-10-2020, 22:43
Tensions rise between China and Australia over commodity trade14-10-2020, 18:15
The European Union confirms its intention to introduce a border tax on carbon13-10-2020, 13:20
ArcelorMittal Europe to start producing green steel from 202013-10-2020, 12:44
Kremenchug refinery launched an isomerization unit13-10-2020, 12:43
Dolomite powder market to reach USD 33.44 billion by 202705-10-2020, 12:33
Iron ore prices to surpass six-year high soon16-09-2020, 10:32
World Oil Demand Peak May Be Over - BP15-09-2020, 09:05
China expands car market capacity by increasing demand for steel and metals11-09-2020, 10:56
Prices continue to rise in the long and flat steel markets08-09-2020, 14:25
Sign in with: